Marshall, MN – America is at a crossroads. The national debt has skyrocketed. Americans continue to struggle as the economy slogs through a seemingly endless recession.

Obama’s failed economic policies remind us of FDR’s failed Keynsian economic policies. After eight years of massive stimulus spending and an explosion in debt, the U.S. economic recovery lagged that of other industrialized nations. FDR’s own Treasury Secretary, Henry Morgenthau Jr. famously stated (in 1939 after eight years of FDR): “No, gentlemen, we have tried spending money. We are spending more than we have ever spent before and it does not work.” Another four years of Obama’s failed economic policies and we will be no better off than today. Clearly it is time for change, not more failed policy, class warfare, and massive expansion in government! 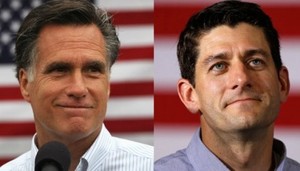 Fortunately, Americans have a chance to change our nation’s path this November. Cafe con Leche Republicans is proud to endorse a Presidential ticket that is willing to meet these challenges head-on. Mitt Romney and Paul Ryan both have an acute understanding of the perils of the national debt and, even more importantly, have proposed concrete steps to address this. Both are committed free market capitalists who understand that the private sector creates jobs while government is a drag on the economy, which consumes resources needed to economic growth.

As pro-immigrant Republicans, we also believe that the type of complete immigration overhaul we need is more likely to occur under a Romney/Ryan administration. Obama’s lack of leadership on this issue is truly shocking. Obama promised immigration reform within the first year of his presidency; instead, Americans were force-fed a healthcare bill that no one wanted, while deportations reach record highs due to the administration’s Secure Communities Program.

Thousands of Latino citizens have been effectively stripped of their citizenship by Obama’s State Department, which frequently refuses to recognize the citizenship of Latinos birthed in the U.S. by midwives. The Obama administration has aggressively rolled out the Secure Communities Program, despite the widespread racial profiling and false arrests of Latino citizens that has resulted. One recent study showed that 93% of immigrants arrested under Secure Communities are Latino versus 78% of the unauthorized population. 3,600 Latino citizens were falsely arrested, and non-criminal arrests for traffic infractions such as cracked windshields is now approaching 50%.

To compensate for his lack of leadership on immigration, Obama recently rolled out a deferred action program as a short term fix to address his soaring deportation numbers, to boost his support among Latinos, and to undermine Marco Rubio’s efforts to introduce a bipartisan DREAM Act. However, this is just Obama’s latest example of fakery. Deferred Action for low priority unauthorized immigrants such as DREAM eligible youth has been policy at DHS since 2000 (Meisssner memo). Obama rolled out a similar ‘new policy’ in June 2011 (Morton Memo), and of 411,000 cases reviewed since then just 2% were closed,

DREAMers and other low priority immigrants continued to be deported aggressively, and ICE’s labor union defied Obama by refusing to allow its members to attend Morton training. AILA conducted a survey of ICE offices and found nearly all ignored the Morton memo. We cannot help but remain skeptical of Obama’s latest ‘new plan’, and as correctly pointed out by Mitt Romney this latest ‘new plan’ is a short term fix, and is apparently more about fixing Obama’s lagging lack of enthusiasm among Latino voters than a real solution to help DREAM eligible youth trapped in a predicament not of their own making.

We need real leadership on this issue; not more fakery! The plan laid out on Mitt Romney’s web site is a good plan, not as complete as we’d like to see but a good start point. Mitt Romney supported President Bush’s plans for immigration reform, while Obama and Harry Reid sought to sabotage Bush’s reforms, yet another example of Obama’s fakery. Obama’s supporters have sought to frame Romney’s positions based largely on comments made during one of the debates, while ignoring the plan on Romney’s web site. Defense of Obama’s immigration record is like ‘putting lip stick on a pig.’

Likewise, Paul Ryan sponsored immigration reform as a congressman in 2005 – at the very same time that then-Senator Obama was trying to kill the Senate version of the same bill. Paul Ryan is also the latest addition to a growing group of pro-immigration reform advisors to Romney’s inner circle. Other notable reformers include Sen. Mel Martinez (R-FL), Rep. Ileana Ros-Lehtinen (R-FL), Gov. Luis Fortuno (R-Puerto Rico), and former Commerce Secretary Carlos Gutierrez, all of whom have been major proponents of sensible immigration reforms.

Americans are begging for a course correction. “Hope and Change” has failed and more recently has become ‘hype and blame’; the country needs some “R & R” – Romney and Ryan! Café con Leche Republicans is proud to endorse the Romney/Ryan ticket, and we look forward to working with our fellow Republicans – and indeed, Americans of all political persuasions – to get them elected this November. Romney/Ryan 2012!

Bob Quasius is the president and founder of Cafe Con Leche Republicans, a national organization of Republicans whose mission is to make America and the GOP, more welcoming to “New Immigrants” through political activism, “in-reach” and education within the Republican Party, and lobbying government to adopt more immigrant-friendly policies. They also seek to bring more conservative and moderate “New Americans” to the Republican Party.