The New Year brings great news, primarily for spouses of U.S. citizens who are residing here in the U.S. 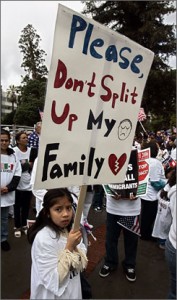 Today, Secretary of Department of Homeland Security Janet Napolitano announced the posting of a final rule for the provisional waiver process which would benefit certain immediate relatives of U.S. citizens. This rule, which was proposed nearly a year ago on January 6, 2012, will finally be published tomorrow and USCIS will begin receiving applications on March 4, 2013.

As we have written in this blog on numerous occasions, spouses of U.S. citizens who entered the United States without inspection are caught in a conundrum: they are usually subject to a ten-year bar for unlawful presence in the U.S., but cannot benefit from their approved relative petition by a U.S. citizen spouse without leaving the country. Once they try to re-enter, they trigger the unlawful presence bars and cannot come back without a waiver. Many just decide that it is not worth the risk leaving the U.S. and having their waiver applications denied, and consequently waiting years to be reunited with their loved ones. So they have been waiting for a change. Today, that change has finally been announced.

More great news follows: immediate relatives who are in removal proceedings and receive an administrative closure of their case can also apply for a provisional waiver here in the U.S. The provisional waiver will be the same cost, $585, and it may be re-filed based on the same family petition. DHS will work with the Department of State to coordinate the decision on the I-601 waiver with the consular interview, to prevent delays.

Individuals who want to apply for the provisional waiver should consult with an attorney, especially if they have any criminal issues. If USCIS deems individuals a public security threat, they will share information received with ICE for enforcement purposes.

Ala Amoachi, Esq. is a partner at the New York-based immigration law practice Amoachi & Johnson, PLLC. Her passion for immigrants’ rights is inspired by her personal history as the child of a refugee who obtained political asylum status in removal proceedings.