Guest Voz: How non-Hispanic media is misinterpreting the Hispanic Vote 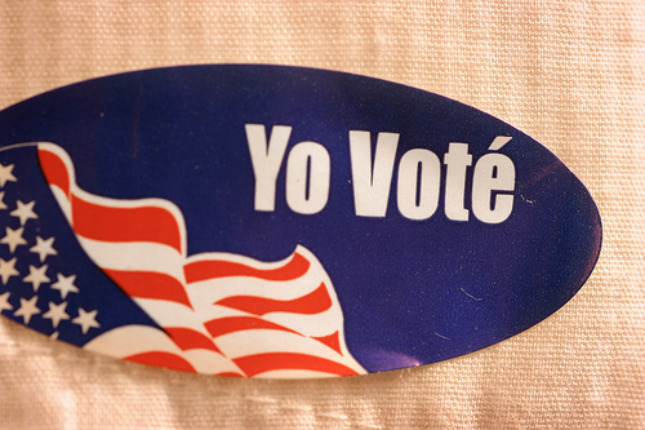 We are in the middle of Hispanic Heritage Month. Per form, Hispanics are being insulted again not only by the Republican Presidential nominee but by the mainstream press and television/cable news outlets.

Non-Hispanic media types are – once again – pontificating about how Hispanics feel about the presidential campaign and how they are going to vote in November.

For example, Niall Stanage of The Hill (to which I contribute) writes: “(Trump) is performing about as well with Hispanic voters as GOP nominee Mitt Romney did in 2012, according to opinion polls — something that unsettles Democrats and surprises even some Republicans.”

What he doesn’t immediately state to clarify is that Mitt Romney did the worst ever for Republicans with Hispanic voters since Hispanic voters have been counted (1968). Romney scored 27 percent of Hispanics according to sometimes inaccurate exit polls.

John McCain and George H. W. Bush scored in the low 30s while Nixon, Reagan and George W. Bush all scored 35 percent or more, with W. scoring 44 percent in 2004.

So, if Trump matches Romney’s 27 percent, Trump is wiped out by a record low Hispanic vote. The non-Hispanic reporters and writers neglect to tell us that fact; nonetheless, it is hanging over Trump’s head like a giant machete.

Mainstream media types of the non-Hispanic variety don’t seem to even understand why Trump is doing poorly with Hispanics. Stanage, for example, writes in The Hill, “Trump said people coming into the country illegally were “rapists.” Actually, what Trump said was that Mexican border crossers, immigrants, are “criminals” and “rapists” but “some are good people.”

That simply relegates most Mexican immigrants to criminal and rapist status. Most Mexican American voters reject Trump for that single statement, never mind his mindless promise to build a wall on the southern border and making Mexico pay for it.

Mexican American voters abound in North Carolina where Trump must carry the state to have any chance at the Presidency. Those “Hispanic” voters will not vote for Trump. Estimates in this precinct are that Trump can’t get 20 percent of that vote, if that high.

Question, who is best equipped to look at this vote cohort?

The Hispanic vote is not monolithic but parts of it are. The most loyal populace of the Democrat Party is the Dominican population which votes as high as 98 percent Democrat. The second most loyal Hispanic vote cohort is the Puerto Rican who votes as high as 95 percent Democrat. Trump has no chance of receiving anything higher than 10 percent of those votes.

That is not important in New York or New Jersey where Puerto Ricans and Dominicans live but it is critical in Florida where hundreds of thousands Of Puerto Ricans have migrated to from their island home in recent years. Note to Mr. Trump, Puerto Ricans are not immigrants.

Florida has been home to Cuban Americans and refugees since the Sixties. They have been solidly Republican since they became citizens. That has changed in recent years and currently the Florida Cuban population favors Hillary Clinton. Romney carried that vote in 2012.

Stanage writes in The Hill: “But as of right now, there is not much evidence to suggest that Trump is faring any worse among Hispanics than did Romney…A series of Univision polls earlier this month surveying Hispanic voters in four battleground states — Arizona, Colorado, Florida and Nevada — also put Trump in the same ballpark as Romney four years ago.”

These words mislead. However, it is not if one stands by the posit that Trump may match or slightly exceed what Romney did in 2012 with the Hispanic vote. But if Romney achieved a historical low in Hispanic votes and Trump may match that low, isn’t that the real story?

Words mean something; Stanage writes a misleading sentence that reflects poorly on his thesis: “Romney’s performance among Hispanics in 2012 was seen at the time as exceptionally bad — so much so that the Republican National Committee commissioned a “post-mortem” report after the election to examine how it could expand its support with Hispanics and other growing demographics.” He doesn’t point out that Romney’s 27 percent was the all-time low Hispanic vote for a Republican candidate, ever (since Hispanic votes were first quantified and studied in 1968).

This kind of thinking insults Hispanics by applying non-Hispanic logic and analysis to Hispanic voting patterns and voting motivations.

Long time Hispanic Republican political consultant, Tex-Mex Lionel Sosa says that the Romney vote clearly indicated that there is a hard core conservative vote cohort in the Hispanic population that is made up of some Cubans in Florida and Mexican Americans that live in all 50 states.

Non-Hispanic observers don’t seem to know that. This writer bets that those Mexican Americans who attend Catholic Mass everyday are the bulk of Conservative Hispanics.

Non-Hispanic reporters and writers don’t seem to know this so they insult us with their preposterous thinking about how and why 55 million Hispanics vote. Preposterous because non-Hispanic analysts simply know little of what they speak. That is the news.

Originally from Mexico City, Raoul Lowery Contreras is a resident of San Diego, CA and has been an op-ed columnist since 1988. He is an award-winning writer and author of MURDER IN THE MOUNTAINS and soon-to-be-released THE MEXICAN BORDER: IMMIGRATION, WAR AND A TRILLION DOLLARS IN TRADE.

Guest Voz: There is more in us than one word
Comment
In Texas, Latinos Run the Largest City School Districts