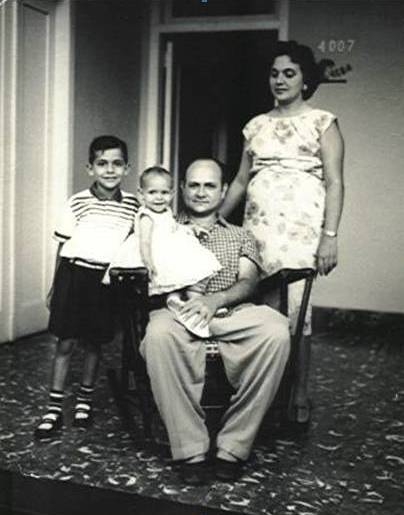 I’m a firm believer that opportunities are often disguised as obstacles. What may look like an obstacle or a challenge often contains hidden opportunities.

I learned that lesson early in life during one of those turbulent times: the Cuban Revolution.

I was 10 years old that July day of 1962 but I remember the militiaman’s words as if he had said them only yesterday.

Five words that changed my life forever. I could leave that day but the rest of the family had to stay behind. My father sent me ahead to the U.S. thinking that he, my mom, and my sister would follow in a few days.

I would not see them again for four years.

During those four years, which seemed like an eternity, I often wondered, why had this happened to me? Had I done something wrong? All of my friends were still in Cuba with their families but I was alone in the U.S.

I saw obstacles everywhere. Since I could not speak the language, every kid in school had an advantage over me. The Baez family who took me in were also recent immigrants and were struggling to make it in the U.S., so we had very limited resources.

But the human spirit is very resilient. After a while I came to realize that although I faced major obstacles, I was in the U.S. – the land of opportunity. And, while I did not have my own family with me, I had a second family who treated me as their own son. I finally came to the conclusion that my future was full of opportunities, not obstacles.

That was a turning point in my life and a lesson that has stayed with me forever. I learned to see the future as full of opportunities and became determined to seize them. And I have ever since, like so many immigrants have done before me.

How do you see your future? Full of obstacles or full of opportunities?

Keep in mind the best opportunities are often hidden as big obstacles.