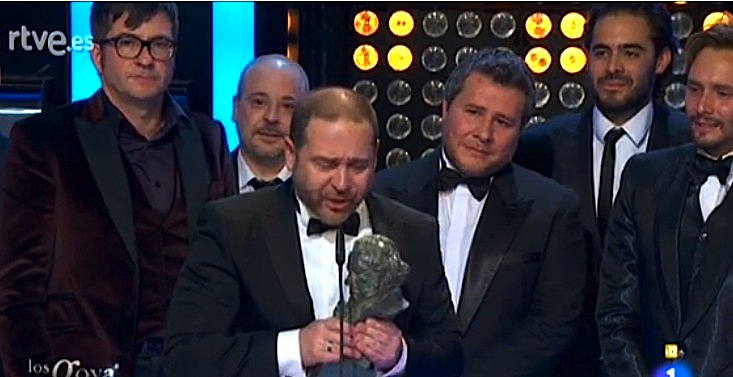 CARACAS — For Venezuelans, going to the movies is now as much a source of national pride as international Venezuelan beauty queens or baseball.

The reason is because of the film Azul y no Tan Rosa (Blue and Not So Pink) — the first Venezuelan film to win a Goya at the recent Spanish Academy of Art’s Goya awards ceremony. The Goyas are the Spanish equivalent to the Oscars.

The film revolves around homophobia and homosexuality and is about a Caracas-based homosexual photographer who tries to reconnect with his son who lives in Madrid, Spain. Yet, the son rebuffs his father, not because of his homosexuality, but because of the lack of attention he has shown his son over the years.

Co-produced between Spain and Venezuela, the filmmakers faced many obstacles in making the film a reality. From nobody wanting to give them financial help to make the movie to having to borrow money to attend the Goyas, the filmmakers pursued their dream, even in the face of government censorship, small-minded critics and bullying.

Now, with this historic win, all of Venezuela has embraced these filmmakers. Our president, Nicolas Maduro, even tweeted his happiness with “Congratulations from everyone in our country.”

As a Venezuelan, this film’s win is a joyful moment during a time in the country when the government is doing its best to keep the people ignorant of what is happening inside and outside our borders.

Azul y no Tan Rosa holds a mirror to the terrible reality of intolerance that exists in Venezuela, at all levels.

For my part, I want to thank Miguel Ferrari, the film’s director, and all his team for making this film happen and reminding us all that no matter how much, how high or how hard are the challenges, without hard work and fighting for what we believe in, it will never be achieved.

Today all of these filmmakers are my heroes.

Jennifer Barreto-Leyva, of Caracas, Venezuela, is a lawyer, motivational speaker and publisher of the first Spanish-language magazine in history for plus-size people — Belleza XL.

film, Goya awards, Venezuela
Previous Post AZ bill would make it easier for felons to get back right to vote
Next PostVideo: 2.5 million children later, One Laptop Per Child is transforming not only children but whole countries

AZ bill would make it easier for felons to get back right to vote
Comment
Video: 2.5 million children later, One Laptop Per Child is transforming not only children but whole countries