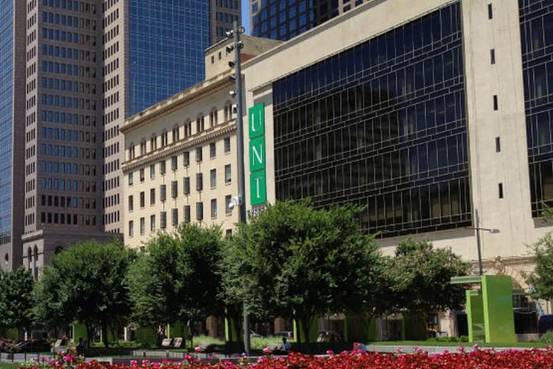 Editor’s Note: In 2014, the University of North Texas established the UNT Dallas College of Law. Unlike the majority of the nation’s law schools, the UNT Dallas College of Law has made it its mission to be affordable and accessible to all students, grades notwithstanding. Located at a downtown Dallas campus, the school’s tuition is the lowest in the nation with about $15,000 per academic year for Texas residents.

However, the school does lack one thing — accreditation from the American Bar Association (ABA). In a recent review, the ABA cited the school’s policy of admitting struggling students as one of the primary obstacles in it securing accreditation.

Accreditation is vital for any law school to be deemed credible and in Texas, only graduates of accredited schools can take the Texas bar exam and pass it to practice law in the state.

Since the ABA’s announcement, various Dallas community leaders have stepped forward defending the school’s policy. Though it is a local issue, we at Latina Lista feel that any other institution of higher education in the nation that would replicate the UNT Dallas College of Law’s admittance policy could also face such an obstacle in being seen as a credible training ground for future leaders simply because their admittance policies are more inclusive than the average institution.

In the following commentary, Dallas-based research psychologist Dr. Edward Rincon explains why students of the UNT Dallas College of Law deserve a chance to succeed.

It was disturbing to learn that the UNT Dallas School of Law is in danger of not receiving accreditation from the American Bar Association. This is not just bad news for the school, but also for the many students who have studied there expecting to finish their legal education from an accredited law school. The ABA committee cited several reasons for their decision:

The picture that emerges is that UNT was taking risks in their admissions decisions and not conducting the needed research to evaluate the effectiveness of their holistic admissions model. On the positive side, the ABA committee was impressed with the school’s quality of teaching, student engagement, its library and technology resources, and the substantial opportunities for students to participate in pro-bono legal services.

There are many other reasons, however, to suggest that the law school is worthy of more praise and recognition for its bold initiative to provide an affordable legal education for under-represented groups.

First and foremost, we should not overlook the fact that UNT Dallas College of Law is the only public law school in North Texas, and its tuition of $15,133 is the lowest of any law school in Texas. In today’s job market, many law school graduates are finding it difficult to obtain a job that allows them to pay the student loans that they acquired to finance their legal education. An affordable legal education makes a lot of sense these days, and the UNT Dallas College of Law is among the few law schools that appear committed to addressing this barrier to a legal education for under-represented groups.

Secondly, Texas requires that only graduates of accredited law schools can take the bar exam. On the face of it, this makes sense although various states do not have this requirement and give this responsibility to the state’s bar association — including California, Georgia, Alabama, Connecticut, Massachusetts, West Virginia and Tennessee.

Passing the bar exam from a non-ABA accredited law school may not be the ideal career decision, but may be a viable choice for the many students who are locked out of ABA-accredited law schools due to sky-rocketing tuition fees and rigid entrance requirements.

It would seem that passing the bar exam should be the ultimate rite of passage for entering the legal profession, but it is not. UNT Dallas College of Law aspires to become an ABA-accredited law school so that its graduates will be able to take the bar exam; however, this may not happen under current Texas law. The school has apparently sacrificed its ability to become ABA accredited by deliberately accepting students with lower LSAT scores and undergraduate GPAs, and providing them a chance to become an attorney.

Should the school be punished for this or rewarded?

As part of the group of psychologists who specialize in the design and evaluation of educational measurement tests, I have often written about the shortcomings of college admissions tests like the SAT or LSAT, as well as state competency tests, in determining the educational choices for racial-ethnic groups.

Thirdly, there is little justification in my opinion for maintaining a legal education system where the majority of its graduates are white. Using data from the most recent demographic report by the American Bar Association, the chart shows that 84 percent of attorneys in Dallas County are white, although they represent just 27 percent of the County’s population. 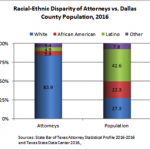 In one recent study of Latino legal needs in Dallas County, we learned that two-thirds of Latinos desired an attorney that spoke Spanish or had staff that communicated in Spanish. This finding is not particularly new as it is commonly known that trust, empathy and rapport are essential skills in medicine, psychology and other professions where communicative skills are important.

An additional reality is that the majority of attorneys in Dallas County who serve Latino legal needs have traditionally focused their practice on issues related to immigration, personal injury, DWI or criminal cases. Few attorneys target Latinos with legal services designed to protect their assets, such as wills and estate planning, bankruptcies or home foreclosures, intellectual property, and business contracts.

In the long run, this imbalance in the availability of legal services and attorneys makes communities of color more vulnerable to the many adverse actions that impact their quality of life.

I genuinely believe that the UNT Dallas College of Law is an admirable and innovative concept with the potential to radically change the composition of the legal profession. The ABA committee should allow the school’s third-year students to take the bar exam as a final validation that they were able to master this important rite of passage into the legal profession – despite their academic and personal struggles.

Anyone who has been through an advanced education knows that it is always a struggle to balance your personal life with the academic challenges in pursuing a professional education.

In addressing the issue of failure, Zig Zigler cautioned us to “remember that failure is an event, not a person.”

Struggling, failing and perseverance have been the formula for success of many of today’s leaders. Ironically, the review by the ABA committee focused on the struggles that the UNT Dallas College of Law is experiencing in fulfilling its mission, and in the same action is eliminating the only potential evidence that the school’s model is working by not allowing the school’s first cohort of graduates to take the bar exam.

Perhaps Michael Jordan best described the often forgotten link between failure and success:
“I’ve missed more than 9,000 shots in my career. I’ve lost almost 300 games. Twenty-six times I’ve been trusted to take the game winning shot and missed. I’ve failed over and over and over again in my life. And that is why I succeed.”

We should not fear the possibility that many of these students may actually pass the bar exam. In the movie Stand and Deliver, Jaime Escalante proved to the College Board and many other skeptics that low-income Latino high school students have the capacity to excel in calculus given the right teaching approach and motivation. Perhaps our nation’s law schools should take their cue from Mr. Escalante and Michael Jordan, and dare to innovate.