Guest Voz: Philanthropy Must Step Up Action to Help Children Crossing the Border 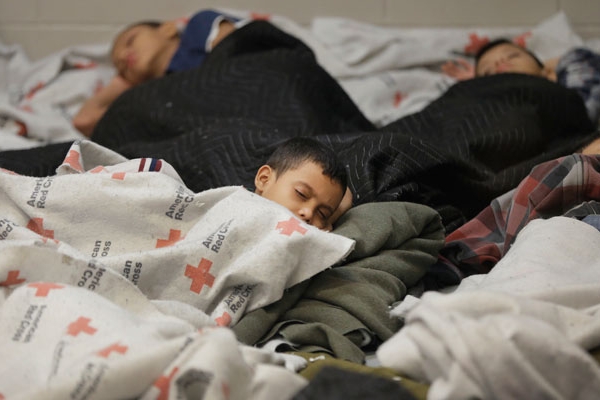 Diana Campoamor is the president of Hispanics in Philanthropy (HIP), the parent organization of the crowdfunding platform HIPGive (and a partner of Latina Lista). In an effort to address the humanitarian border crisis, HIP launched an emergency HIPGive campaign. The campaign is meant to support the work of those agencies on the ground caring for the needs of the thousands of children. The campaign provides the agencies an opportunity to use the HIPGive platform to raise funds for and awareness about their projects.

Young people often show up at the Central American Resource Center in Los Angeles because they and their parents face horrific choices.

For instance, a 14-year-old client appeared after his father was murdered by gangs in Honduras. His mother was so traumatized from witnessing the murder that she is confined to a psychiatric hospital. Then the thugs tried to force the youngster to join their criminal enterprise and beat him up.

“It’s either stay and die, or risk and come,” said Martha Arévalo, executive director of the center, which helped the young boy with legal services after he entered the U.S. without immigration documents.

At least 90,000 youngsters like that 14-year-old have arrived unaccompanied in the United States this year, part of a mounting crisis that has been building since 2008. As the situation becomes more dire, the need is growing for nonprofits and foundations to get involved in dealing with the crisis.

Already many charities and foundations have pressed for a humane response to the growing number of children caught on either side of the U.S.-Mexico border and sought increased funding for economic-development projects and efforts to help migrants and refugees who are part of the Latin American diaspora. Many are also seeking changes in the immigration laws that are at the heart of today’s problem.

But there is more that we can all do. Among the key steps nonprofits, grant makers, and others should consider:

Advocate for the humane treatment of refugees everywhere. While migrant children from Central America to the U.S. are now getting the spotlight, many parts of the world are dealing with people trying to cross borders, and the treatment of migrants often violates basic human-rights principles. The United Nations Convention Relating to the Status of Refugees and its Protocol together formed the cornerstone of global human-rights policy, and most countries are party to them. They grant refugees protection against persecution, and nonprofits and donors can do much to speak out for better treatment of refugees.

Insist on fair treatment for every unaccompanied minor. Children involved in Arizona’s immigration-hearing process through a remote hookup, appearing before an immigration judge in Utah, or answering dozens of questions from a Border Patrol agent in San Diego should be guaranteed the benefit of paid legal counsel.

Urge the government to fix the immigration system. It must emphasize family reunification when it is safe to do so, institute fairness, and guarantee respect for human rights.

Fund services to support local nonprofits that provide legal and human services to unaccompanied minors. These groups find and vet sponsors for the children and provide the temporary housing, meals, and transportation that may not be covered by federal aid.

Like many refugees across the globe, including the boy helped by the Central American Resource Center, these children are fleeing lives of violence and corruption toward the notion of educational and economic opportunity.

No one knows how many have died trying to get to safety, are wandering in transit, or have made it across without knowing anyone in the United States.

Philanthropy has an opportunity to act on the humanitarian beliefs we espouse. Let’s act now.

This article originally appeared in The Chronicle of Philanthropy