Latina Lista: News from the Latinx perspective > Columns & Features > Guest Voz > Guest Voz: Play-by-play of the Latino athletes who have fumbled at being role models

Guest Voz: Play-by-play of the Latino athletes who have fumbled at being role models 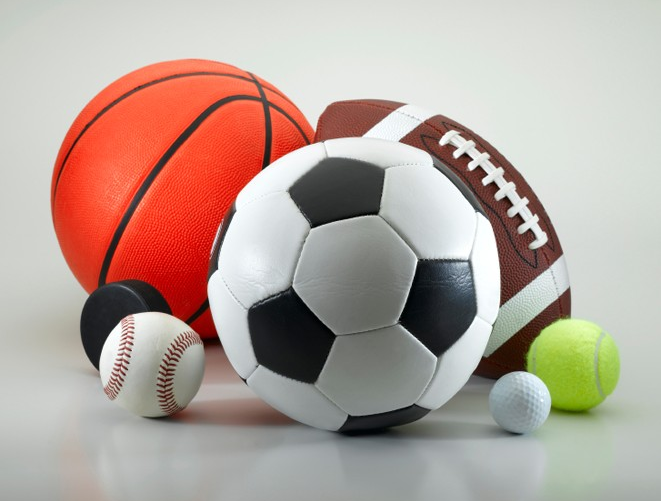 Last July, salsa singer Marc Anthony, responding to a question on television’s stereotyping of Latinos, answered that “the entertainment industry doesn’t owe us anything.”

While Mr. Anthony is entitled to his opinion, he like all of us, who are Mexican American or Latino, owes something to our communities. A lot of people fought and suffered so we could have rights – history did not begin for Puerto Ricans when Marc Anthony started to sing.

Entertainers and athletes have historically had a special place in the Mexican American/Latino community. As kids, we often vicariously live through them.

I used to scour the sport pages for items on Enrique Bolaños and Art Aragón, although truth told they were not particularly good role models. For example, I remember how one evening I witnessed a street fight between Aragón and Lauro Salas in Echo Park – both had been drinking heavily.

Sadly, this is a pattern followed by most Mexican boxers. Who can say how great Oscar de la Hoya could have been if he would had been a role model for the kids of East LA. Instead, he chose like so many other boxers, to party his chance to become a champion and beat Mayweather.

For me, it was a series of disappointments.

Although I was not a good athlete, I liked sports and looked up to the good players. I never got beyond over-the-line softball, which I would play from 9am to 10pm at a local playground. In those days, school playgrounds stayed open til 10 at night.

The only baseball player who was Mexican that I can remember is Bobby Avila – a Mexican-born second baseman who in 1954 edged out Ted Williams for the batting crown with a .341 batting average. However, Avila had his heart in the homeland, and he did not reach out to us pochos – it did not help that he played out east where they did not have a large Mexican fan base. Avila never became a news item and did not motivate many of us.

Ironically the player Avila beat out, Ted Williams, arguably the greatest hitter of all times, was a Mexican American. Williams’ mother May Venzer was a Mexican American; she married Samuel Williams and moved to San Diego where she raised Ted as a single mother. Williams in 2001 wrote that ‘if I had had my mother’s name, there is no doubt I would have run into problems in those days, [with] the prejudices people had in Southern California.”

Williams was partially raised in Santa Barbara where he visited his Mexican grandmother, who barely spoke English. He spent time there with his cousin Manny Herrera and the rest of his mother’s family.

Williams never wanted to be a role model, but he surely would have had an impact on a lot of Mexican children if he had reached out. To be fair, he played for the Boston Red Sox and not the Los Angeles Dodgers.

Football was another favorite.

We have always had our share of college and pro-football players. Mario Longoria, my former student, wrote a great book, Athletes Remembered: Mexicano/Latino Professional Football Players, 1929-1970. Mario does a fantastic job of chronicling early players.

My favorite is Joe Kapp who played quarterback in the American and Canadian football leagues. Kapp played at the University of California, and in the CFL he starred for the BC Lions. During the 1960s, he played for the NFL’s Minnesota Vikings – a market that was not known for a large Mexican fan base.

Kapp was a rough-and-tumble player who Sports Illustrated called “The Toughest Chicano.” He did not shy away from the label Chicano, but his last name and where he played limited his exposure in the Mexican American community that had a fanatical loyalty to its local teams and did not follow much more than the local newspaper sports pages.

Joe’s passes were not pretty, but he got the ball across the line. Joe is listed among the 100 toughest players to ever play the game.

Jim Plunkett was another quarterback that I followed fanatically, from the days he made All American at Stanford to his days on the Oakland Raiders. Plunkett never ran away from the label but his personality and last name did not generate a following. Born to Mexican American parents with an Irish-German great-grandfather on his paternal side, he came from a poor family. His parents were blind; they had three children who Jim had to help by contributing to their support at an early age.

Plunkett was drafted by the New England Patriots where a porous line set him up to be tackling dummy. He played for them for five years before he was traded to the San Francisco 49ers. In 1978 he was traded to the Oakland Raiders. The late Al Davis said he was a basket case when he arrived but Jim patiently waited two years on the bench, which paid off when he took the Raiders to the Super Bowl and became the MVP.

Part of the problem in Plunkett’s time was that the media unlike in the case of Marc Anthony did not hype Plunkett to the growing Mexican American/Latino market.

Indeed, his narrative is still left out of the history books.

Others like Anthony Muñoz, arguably the best left tackle to play the game failed to become a role model. He played for the University of Southern California and the Cincinnati Bengals. He was 6-6, 275 pounds in high school. His grandparents were from Chihuahua, Mexico.

However, he established roots in Cincinnati where he founded The Anthony Muñoz Scholarship Fund. The last time I checked out the recipients there was not a Latino among them. In a literal sense, Muñoz never came back.

I had high hopes for Mark Sánchez.

I really thought that he would rise above his middle-class background and reach out. For a brief moment, he captured the imagination of many of my friends by wearing a red, white and green mouthpiece. It seemed to be telling people that he was proud to be a Mexican American.

Through no fault of his own, he landed with the New York Jets playing for a coach and an owner that could have cared less about an offensive line. This insured that he met the same fate as Plunkett, and for the past two years he has spent most of his time on his butt.

But to set the record straight, Sánchez made this train wreck inevitable by trying to play Broadway Joe Namath for the past four years.

It takes dedication and work and discipline to be a role model.

The last of many great players was the greatest tennis player of all times – Richard “Pancho” González. A high school dropout from Roosevelt High School in Boyle Heights, he literally grew up in the public tennis courts of East LA. Early in his career he was excluded from the country club courts where, as a Mexican, he was not welcome in what was a gentleman’s game.

Pancho probably suffered the harshest racism and discrimination of any Mexican American athlete. Despite this, he was a champion. However, Pancho was so bitter and emotionally damaged that he never became a role model.

In my opinion, entertainers and sports figures have an obligation to children to be good role models. After all, it is our patronage and loyalty that has contributed to their prosperity.

In answer to Mr. Anthony, we all owe the past.

Former braceros' march across U.S. for back pay ends in D.C.
1 Comment
Checking Boxes and Filling Blanks: Diversity and Inclusion in Children’s Literature