Latina Lista: News from the Latinx perspective > Columns & Features > Guest Voz > Guest Voz: Pregnancy Discrimination — Far From a Thing of the Past

Guest Voz: Pregnancy Discrimination — Far From a Thing of the Past 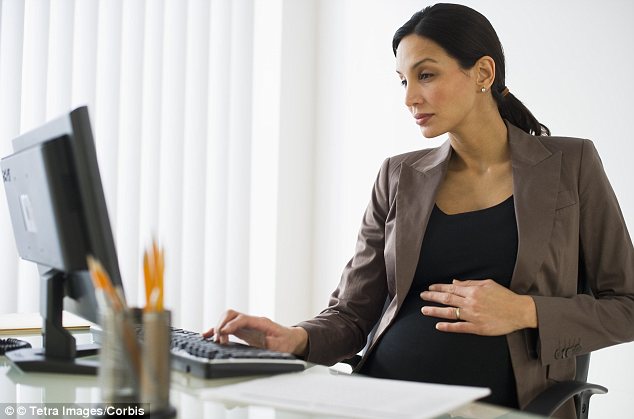 Today is Halloween and I’m likely dressed up as Rosie the Riveter – but more importantly, it’s the 35th anniversary of the Pregnancy Discrimination Act (PDA).

The PDA amended Title VII of the Civil Rights Act of 1964 to include a prohibition on employment discrimination due to pregnancy, childbirth, or related medical conditions. Yet, 35 years later, pregnancy discrimination is far from a thing of the past.

While we’ve been working hard to pass the Pregnant Workers Fairness Act, a bill designed to fix a loophole courts have opened in the PDA, it’s clear that the work of realizing all of the intentions of the PDA is far from over. Much remains to be done to enforce and strengthen the PDA.

Here at the Center, I often hear from women who were not offered small job modifications – like more frequent water and bathroom breaks, or a stool to sit on behind a cash register – and were pushed onto unpaid leave or even lost their jobs as result.

I also hear, far too often, from pregnant workers who needed no accommodation at all but who were terminated, or cannot find a new job, due to their pregnancy.

Qualified job applicants have seen enthusiasm from their potential employers disappear as soon as they mention their pregnancies. Some have been terminated only a few short weeks or months after glowing performance reviews. Others have called us, starting to think about planning for a pregnancy but too scared for their jobs to even inquire about their employers’ maternity leave policies.

Whether it’s rooted in misplaced concern for the health of the pregnancy, a harmful stereotype that women who have recently given birth aren’t truly committed to their jobs, a lack of willingness to accommodate maternity leave, or a belief that pregnant workers belong at home, every form of workplace pregnancy discrimination is wrong.

The Pregnancy Discrimination Act was an important landmark in prohibiting this type of discrimination; now it’s up to all of us, employers and advocates alike, to ensure that pregnancy discrimination truly becomes a problem of the past.

Amy Tannenbaum is the program assistant for education and employment at the National Women’s Law Center.