Guest Voz: The reason why Obama is giving a major immigration speech in Nevada 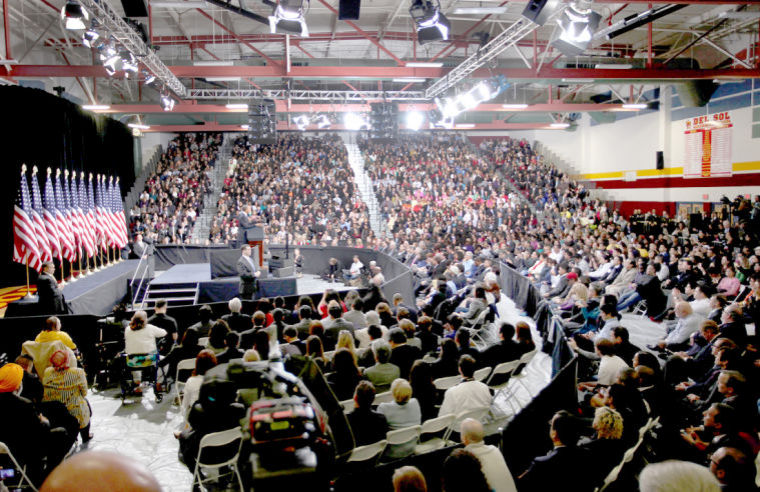 In January 2013, President Obama chose Del Sol High School in Las Vegas to make his remarks outlining his administration’s comprehensive immigration reform principles. Part victory rally, part policy speech, the event was a clear thank-you to the state’s Latino and organized-labor communities for their 2012 support and a down payment on promises to be fulfilled in a second Obama term.

Now, after waiting 17 months for the Republican controlled House of Representatives to follow the lead of the U.S. Senate and pass comprehensive immigration reform legislation, on Friday President Obama will be returning to Del Sol High School to rally support for his administration’s executive action expanding temporary protections from deportation to millions of undocumented immigrants.

The symmetry in selecting Del Sol High School as the backdrop for President Obama’s continued push for immigration reform is no accident. The school serves a majority Latino student body and many of these students come from families who would likely benefit from the president’s executive action. According to the Pew Research’s Hispanic Trends Project, 17.7 percent of Nevada’s K-12 students have parents who are undocumented immigrants.

Indeed, as the data in Figure 1 indicate, for Nevada’s Latino voters, immigration has been a consistent policy priority. Specifically, these data summarize responses to open-ended survey questions from the 2010, 2012, and 2014 Latino Decisions Election Eve Polls asking Nevada Latino voters what they see as the most important issues facing their community that should be addressed by politicians (responded were allowed to select more than one issue). In 2012 and 2014, immigration was the top issue priority and in 2010 when Nevada was in the throes of the Great Recession, it was the second most important issue beyond jobs and the economy. For many Nevada Latino immigration is a personal issue. Specifically, in the 2014 Election Eve poll 64 percent of Latino voters reported knowing a friend, family member, or coworker who is an undocumented immigrant.

More generally, Nevada is a case study in how the country’s changing political demography is reshaping the geography of partisan composition and is a state the is central to President Obama’s political legacy. Not only did Nevada – in no small part because of overwhelming support from its Latino voters – deliver for Obama in both 2008 and 2012, but it is President Obama’s partnership with Senator Harry Reid (D – NV) that produced his signature legislative accomplishments such as the American Recovery and Reinvestment Act (2009), the Patient Protection and Affordable Care Act (2010), the “Dodd-Frank” Wall Street Reform and Consumer Protection Act (2010), the Don’t Ask Don’t Tell Repeal Act (2010), and the Budget Control Act (2011).

As the data presented in Figure 2 make clear President Obama is not the only Nevada Democrat to benefit from strong support among Latino voters. Specifically, these data draw on the 2008 NALEO/Latino Decisions Battleground Poll and the 2010, 2012, and 2014 Latino Decisions Election Eve Polls assessing the vote choices of Latino voters in Nevada.

Across these four election cycles, which span a timeframe when the Latino share of the Nevada electorate increased significantly, Latino voters have provided Democratic candidates for key races with huge margins. The only exception to this trend is 2014 when Republican Brian Sandoval increased his share of the Latino support more than threefold as compared to 2010. To be sure, Sandoval’s stronger 2014 performance reflects the lack of a serious Democratic challenger, as well as his support for a number of Latino policy priorities including Medicaid expansion, funding for English Language Learners, and support for driver’s privilege cards.

Perhaps no Democrat though owes his political survival to the Latino community more than Harry Reid. In 2010 it was strong Latino turnout and these voters’ overwhelming support for Reid allowed Reid to escape that year’s Republican wave and continue serving as Senate Majority Leader.

Not coincidentally, Reid is planning to run for reelection in 2016. Given Nevada Democrats’ dismal 2014 electoral performance (the GOP swept all six constitutional offices and took control of the Nevada Assembly and Senate) and strong overtures being made by Republicans to Governor Sandoval to challenger Reid in 2016, mobilizing and engaging a constituency who was so pivotal to the Democrats success in Nevada in 2008, 2010, and 2012 is a must. Friday’s event at Del Sol High School begins that process.

Dr. David Damore is a Senior Analyst at Latino Decisions. He is Associate Professor of Political Science at the University of Nevada, Las Vegas, and a Senior Nonresident Fellow in the Brookings Institution’s Governance Studies Program.