He was a contemporary of U.S. Army Sergeant Alvin York in France in September, 1918. Private Serna wounded a German who ran away. Serna, also wounded, followed him to an underground bunker. He threw a grenade into the bunker and was stunned when 24 Germans came out with their hands up. While guiding them back to U.S. lines, a stray American soldier threatened to shoot them; Serna told him that it was illegal to kill prisoners. “Comprende, cabron? 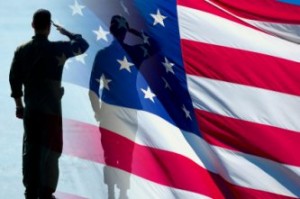 For this, Serna was awarded the Distinguished Service Cross. He was awarded the French Croix de Guerre, the Victory Medal with three bars and two Purple Hearts by war’s end. He was not awarded the Medal of Honor like Tennessee’s Alvin York because, as an Army officer told Serna, a “buck” private could not receive the Medal, he had to be of higher rank and, that he couldn’t be promoted because his English wasn’t good enough “to read or write reports.”

Serna was not alone in France; there were other “Hispanics” that fought extremely well. Nicolas Lucero, a nineteen-year-old Mexican American from Albuquerque, New Mexico was awarded the French Croix de Guerre for destroying two German machine gun emplacements and firing on German soldiers for three hours – by himself.

In my own community, North San Diego County at the Mission San Luis Rey (founded 1798) graveyard, there is a headstone for a Mexican boy killed in France in 1918; he was 18. New Mexico or San Diego, these men were not New England Pilgrim stock.

The most well-known WWI Hispanic, albeit not for 70 years, was a 19-year-old boy from Laredo, Texas named David Barkley, the son of an Anglo father and Mexican mother. Due to heavy anti-Mexican racism by the Woodrow Wilson Administration, that invaded Mexico twice in 1914 and 1916, Barkley did not admit to being a Mexican American.

Two days before the Armistice ended WWI, Barkley and another soldier went behind enemy lines to secure intelligence for the final assault of the war. Swimming back across a wide, almost frozen river, Barkley drowned. His companion made it, and with the intelligence they gathered, the Army smashed the Germans in the war’s final battle.

Better yet, on July 19, 1901 during the “55 days to Peking” fighting march immortalized by a movie with Charleston Heston as a U.S. Marine officer, a 25-year-old Mexican boy from the San Francisco Area, United States Marine Private France Silva was awarded a Medal of Honor for 50 days of bravery above and beyond the call of duty; the citation: “…during the action at Peking, China, June 28 to August 17, 1900 (50 days). Throughout this period, Silva distinguished himself by meritorious conduct.”

In the exhaustive 1980 book by Ohio State Professor Allan Millett (Col. USMCR) entitled: “SEMPER FIDELIS: The History of the United States Marine Corps,” we find this titillating sentence about the U.S. Marines in the Woodrow Wilson- occupied Dominican Republic in 1919: “Operating in the eastern area was a patrol of Mexican and Puerto Rican Marines…this group, disguised as bandits, was the terror of Seibo Province (page 200).”

This is important because among us there are uber-bigoted White Nationalists that attack Hispanic Americans for being tagging drug-peddling gangsters, not patriotic Americans since 1779.

In the American Revolutionary War (1779) on “America’s” side, Mexican, Cuban, Spanish and Puerto Rican militiamen and soldiers fought and defeated superior British forces that outnumbered them everywhere. The “Hispanics” won key battles at St. Louis (1200 Brits and Indian allies v. 200 Hispanic militiamen) at Baton Rouge and Mobile. They defeated over a thousand “elite” British troops at the impenetrable Pensacola (Florida) fort that controlled the Gulf of Mexico.

Let me add that 12 “Hispanics” in WWII, 8 in the Korean War and 13 during the Vietnam War (30 Mexican Americans, two Puerto Ricans) were awarded the Medal of Honor — America’s highest military honor.

These men prove that Hispanics have been where the U.S.A. needed them – when it needed them.