Guest Voz: (Ret.) Ambassador Garza — A Must Do: Immigration Reform

It’s been a busy but productive couple of weeks for me. I participated in Rice University’s Energy Conference and, for the last couple of days, have been in DC at the Dow Jones Global Compliance Symposium, as well as taking part in an off-the-record discussion with the Council of the America’s Mexico Trade Advisory Group. 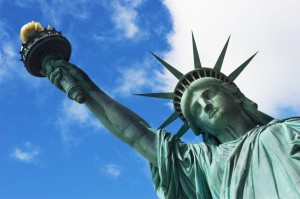 And, while I continue to be very optimistic about the energy sector in Texas and encouraged by our trade with Mexico, it’s immigration reform that seems to find its way into all my conversations. And, it should be high on Washington’s to-do list these days, too, with news of HB-1 high-skilled visas outpacing demand and the continued talks in Washington to forge a path forward on an immigration reform solution topping this week’s headlines.

It’s not the first time in recent memory that the immigration issue has received serious attention from lawmakers. But unlike six years ago when the last bipartisan effort fell apart, it now looks as if there may be the right combination of public support, leadership (public and private) and political will to make sensible reform a reality.

This remarkable turnaround, regardless of the reasons for its occurrence, is good. That’s because the country’s economic vitality and future competitiveness depends on getting immigration right.

Long viewed as the land of opportunity, the U.S. has always attracted a steady influx of enterprising, foreign-born workers who have come here to work, innovate and succeed. There are some 40 million immigrants in the U.S. today, 13 percent of the U.S. population. It’s accepted fact that we are a nation of immigrants and most Americans (54% according to a new poll by the Public Religion Research Institute and the Brookings Institution) believe we are stronger for it and nearly two-thirds (63%) support an earned path to citizenship for immigrants currently living in the country illegally.

Several recent studies, many of which are summarized in fact sheets from the Americas Society/Council of Americas (available here and here), underscore just how significant immigration has been in helping drive U.S. economic success.

Consider, for instance, that 18 percent of the companies on the Fortune 500 list (the annual ranking of top American companies by revenue) were founded by immigrants and that together they generate more than $1.7 trillion in annual revenues and employ more than 3.6 million people worldwide.

These 90 companies span all sectors of the economy and include such recognizable names as Goldman Sachs, AT&T, Google, DuPont and U.S. Steel. Expanding consideration to those Fortune 500 companies founded by the children of immigrants adds 114 firms to the so-called “‘New American’ Fortune 500” list, including some of our most iconic American brands: Home Depot, General Electric, Boeing, Apple and IBM. More fascinating details can be found in the report by the Partnership for a New American Economy, it warrants a close look.

Immigrants also fuel small business creation in the U.S., a reflection of the strong entrepreneurial drive that is typical of an individual who leaves home to start a new life abroad. Eighteen percent of the country’s small business owners are immigrants, according to a study by the Fiscal Policy Institute, and 30 percent of small business growth over the past two decades has been due to immigrants.

Immigrants are more than twice as likely to start a business as the native born, according to the 2012 study “Open for Business,” also by the Partnership for a New American Economy.

This is an important insight given that new business generation, which has reached its lowest rate in 30 years of recorded data, is critically needed to spur economic growth and job creation. In 2011 immigrants started 28 percent of all new businesses, employing 1 in 10 U.S. workers and adding more than $775 billion dollars of revenue to our GDP, the study found.

Many of the new businesses immigrants start are in the high-tech sector. The National Venture Capital Association reports that a quarter of new venture backed tech companies are immigrant-led. And foreign-born inventors have contributed to more than 75 percent of the patents issued to the top 10 patent-producing U.S. universities, the Partnership for a New American Economy found.

Moreover, students who graduate with a degree in science, technology, engineering or math (STEM) and remain in the U.S. for work create an estimated 2.62 American jobs, Partnership for a New American Economy reports in the study “Immigration and American Jobs.” We need such graduates in order to retain our global competitiveness and to surmount a looming skills gap.

It’s not just high-skilled immigrants who create additional jobs throughout the U.S. economy, however. Every low-skilled, non-agricultural, temporary worker who comes to the U.S. to fill a job that may otherwise be left open creates an average of 4.64 U.S. jobs, as reported in “Immigration and American Jobs.” These low-skilled jobs are the necessary backbone to support higher-skilled positions and they help raise living standards for all U.S. workers and families.

A host of other facts and studies (many referenced in this article from The Economist magazine and the AS/COA Fact Sheets noted above) illuminate the importance of immigration to U.S. economic vitality.

Some of these reveal that immigrants boost tax revenue, enlarge the taxpayer base and help keep down the price of goods. Others underscore the demographic reality that without immigrants the US will not have enough new workers to support retirees. All clearly demonstrate that our nation’s economic strength and future competitiveness depend on immigrants.

To continue to attract and retain those who want to better their lives by coming to the U.S. and contributing to our economy, we must adopt a sensible immigration policy.

Our main economy competitors are structuring policies to lure immigrant talent. Without immigration reform, we risk seeing those who would come to the US to work hard and get ahead, innovate and invent, and start and grow companies go elsewhere.

Our great country can’t afford such an outcome.

Young people challenged to live the next 50 days without violence in memory of Dr. Martin Luther King, Jr.
Comment
North Carolina's Republican legislators conduct their own brand of outreach to Latinos, Blacks and low-income