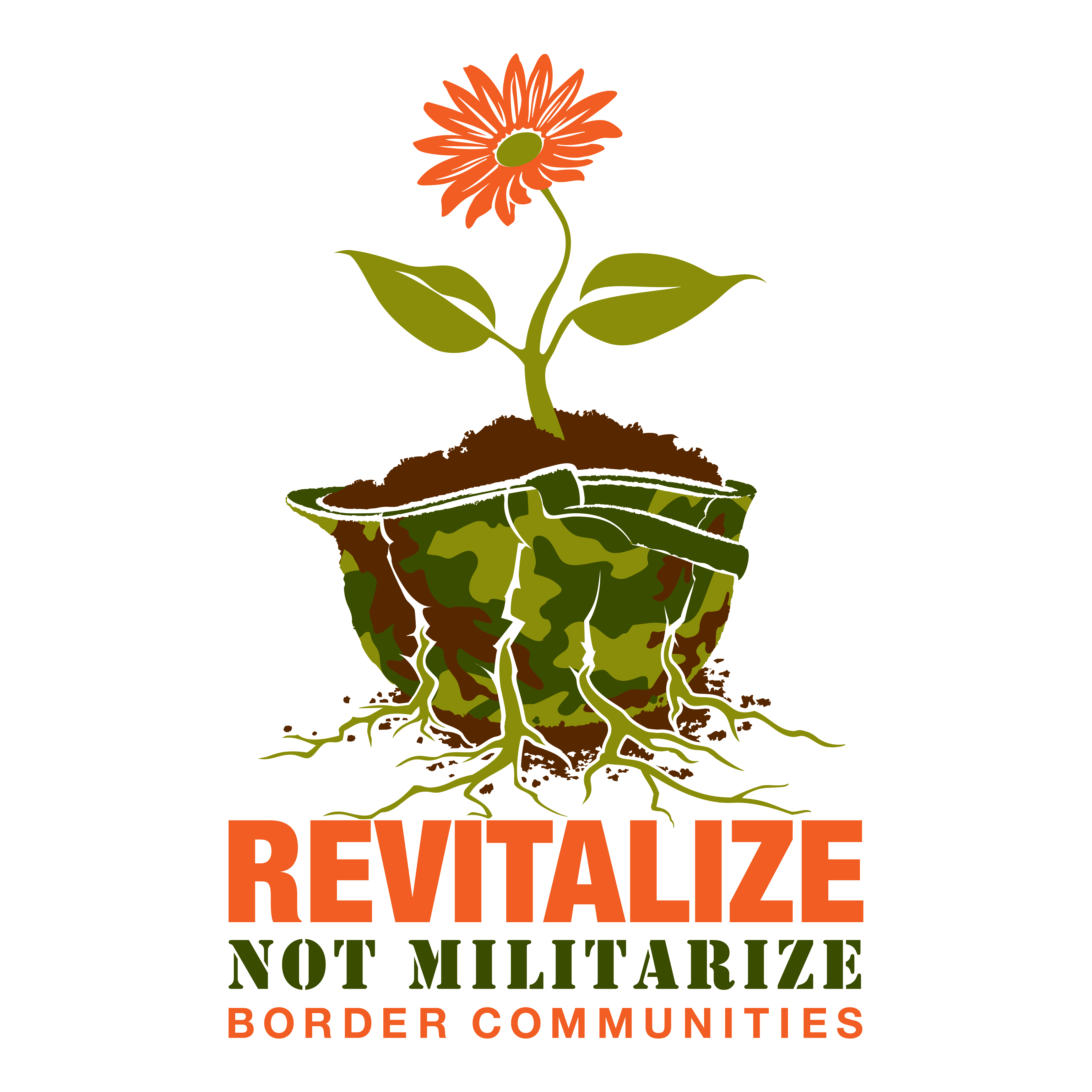 Alongside the Interstate 8 freeway carved through the desert moonscape of the In-Ko-Pah mountain range, on the California side of the U.S.-Mexico border and just one hour east of downtown San Diego, is a dry creek bed dotted with thousands of fresh migrant footprints.

Their personal belongings are left behind on the trail in their days-long journey through the rugged international mountain range. Where the Interstate and trail meet, however, does not signify the end of the migrant journey. The creek bed trail passes beneath the freeway via three concrete and steel-reinforced tunnels, and this junction serves as both a place to find fresh drinking water at a water station left behind by the organization known as Water Stations, and as a hiding place where migrants wait to be transported into the interior of California past numerous Border Patrol checkpoints.

The migrants have entered into the only militarized zone in the United States, where U.S. taxpayers shell out $18 billion annually in the name of Homeland Security – more than the budgets of the FBI, ATF, DEA, Secret Service, and U.S. marshals combined.

Americans spend $43 million a year on drone flights alone, have built over 600 miles of fence that cost $16 million per mile, employ 21,000 Border Patrol agents or enough to have one agent for every 500-feet of the border, fly more military aircraft than the Australian air force, and have more Customs and Border Protection boats than the Russian navy.

All of this begs the question: Are we at war?

The militarization of the border apparently answers this question affirmatively. The U.S. is waging a war, but against whom?

As I walked along the migrant trail, I found clues about the migrants: a woman’s embroidered pocketbook, a child’s backpack bleached by the unforgiving California sun, a little girl’s shoes abandoned next to a cactus, and a piece of a broken plastic water jug, on it written in Spanish “Keep on the path until you reach your dreams.”

Although this is the first time I have seen first-hand the migrant trail, it corroborates the testimony I have already witnessed countless times. In 2007 while teaching in El Salvador, I met a number of families who all had a common story: they gave up everything to make the journey on foot through the desert to the United States, only to be deported after crossing the border.

Grown men broke down and cried to me recounting the horrors of the journey, which included leaving family, friends, and even their own children behind in the desert in desperate efforts to survive.

Why then, would they risk their own lives or their children’s lives on such a perilous journey?

The answer was simple and I heard it over and over again: it would be better to die in the desert than continue living in the misery of their home country.

Walking the arid migrant trail along Interstate 8, I found a bottle of urine abandoned near the water station. Migrants urinate into their empty water bottles to be reserved for drinking as a last-resort source of hydration until they reach a water station.

In 2012 alone, the bodies of 463 migrants were recovered on the U.S. side of the U.S. – Mexico border, and this year 129 migrant remains have been found in Arizona alone. Dehydration due to thirst and heat exposure is the primary cause of migrant death while traveling through the desert.

Along the path, I placed the fragile artifacts into a plastic garbage bag. I saved these remains and contributed them to a border community project known as the Border Quilt.

The Border Quilt is part of a project launched by the Southern Border Communities Coalition. The quilt will travel to Washington D.C. much like the AIDS quilt to illustrate the need for revitalization in
America’s militarized border zone.

The quilt will memorialize the many facets of loss caused by militarization of the border: the loss of economic potential by constricted and delayed points of entry into the U.S. from Mexico, the loss of privacy by drone and helicopter surveillance, the loss of civil rights by racial profiling and erosion of the Fourth Amendment protection from unwarranted searches and seizures by Border Patrol, the loss of family unity by deportation of undocumented parents, and most tragically, the horrific loss of human life caused by migrants forced by a militarized border to walk a deadly path through the desert.

So how can we as a society even consider increasing militarization in the name of “border security” without considering the grave moral and humanitarian issue at hand?

How can we employ one more government defense contractor, one more border patrol agent, one more weapon of warfare, one more helicopter, one more drone, or one more costly foot of border fence without realizing that increased militarization correlates to increased human death?

The day must come when America starts viewing migrants for who they are: human beings that are integral members of our society. Every single migrant death in the desert is a disturbing and profound tragedy, and if new immigration reform legislation moves towards increased militarization without taking a scrupulous look into the need for a safe passage into our country, we are cursing the mother, father, and child who are perishing on our desert floor.

The blood will continue to be on our hands.

Matthew Campanella is an organizer with the Revitalize Not Militarize Campaign in California.