I recently relented to pressure of a former student to go on Facebook. He persuaded on its usefulness as an organizing tool. Once I got on FB I could see that I could not break my classroom habits and I feared that I would come across as too preachy. 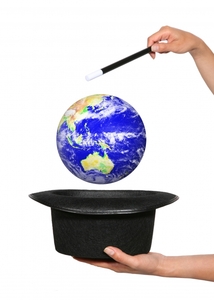 The more I got into the postings the more I realized that much of the content is based on touch-feely, a highly sociable environment, which I am definitely not a part of. I am the kind of person who cannot stay on the telephone for more than three minutes or talk to someone without multitasking. I even feel uncomfortable with birthdays and I have walked out of birthday parties given to me by students. I have never seen any reason to indulge people as they sing “Happy Birthday” and spit on my cake.

Furthermore, from my perspective there is disconnect between the various posts, lacking common themes. I thought about it and concluded that the disconnect was a product of generational differences. This is a generation raised with commercials and theme parks – they live fairyland existences where illusions become delusions.

A young girl is enraptured by the illusion of being Snow White and the delusion is that she will be a princess. Parents encourage this. When I was a child, my parents would delude us into believing that I would become like Popeye, the Sailorman, if I ate my spinach.

The delusion takes over in ordinary life to the point that we develop a false consciousness. During 9/11, for example, many Americans were convinced that we never violated the sovereignty of another state, although history is replete with examples to the contrary.

Thus, our delusions obfuscate reality. We don’t know that Donald Duck is not real.

I guess illusions are great if you want to control children by fixating them on the television tube. But when the illusions become delusions and create false consciousness, we have a problem.

This is how I felt about my last article dealing with the Arizona Democratic Party, criticizing its neglect by not building a core and its failure to protect the rights and interests of Latinos within that state. A small sector of readers reacted as if I were criticizing Holy Mother the Church.

Their defense of the Democratic Party was delusional. I am accustomed to the excuse, “Well I vote Democrat because it is better of two evils.” I can buy that, but to say that the Party is looking out for the interests of Mexicans in Arizona is a bit much.

The email that bothered me most was from Luis Heredia, a longtime Democratic Party operative. Heredia worked for Raul Grijalava more than a dozen years ago. Since then, he has tied his kite to the official Party bureaucracy. His brother is the head of the Arizona Mi Familia Vota.

Heredia has led a number of campaigns, most revolving around door-to-door voter contact and voter registration drives. He has served in several capacities as a State and County Democratic Party Officer. Heredia was named the Arizona Democratic Party’s Young Democrat of the Year in 2005.

“Luis is deeply committed to the future of Arizona, and we look forward to his leadership and vision as Executive Director,” beamed Biven, an endorsement that was like a kiss of death among many Latino activists.

A Party loyalist, Heredia has written columns for the Huffington Post that give the illusion that the Democratic Party is the champion of progressive causes within the state.

Unfortunately, this is a delusion. The Democratic Party has been almost mute on immigration and has no policy toward SB 1070. Indeed, most candidates that criticize this ethnic chauvinism don’t make it out of the primaries.

As mentioned in the last blog post, I found Heredia’s and the Democratic Party’s support of Ann Kirkpatrick as the candidate for Arizona’s First Congressional District very troubling. It is a Democratic-leaning district, which the Democrats have a good chance of picking up.

Who is Ann Kirkpatrick?

She is a former Congresswoman who was beaten by a Tea Party candidate. She has strong ties with ALEC (American Legislative Exchange Council), the payday-loan industry, and Corrections Corporation of America (CCA), none of whom represent the interests of Latinos.

Ties and campaign contributions from ALEC lobbyists to Kirkpatrick are well documented. The most nefarious are her ties to former U.S. Senator Dennis DeConcini who became a big time lobbyist once he retired. As a member of the Senate, DeConcini was part of the “Keating Five”, the huge banking and political contribution scandal in eighties. DeConcini has donated heavily to Kirkpatrick’s campaigns.

It is worth noting that DeConcini became a lobbyist for the Corrections Corporation of America (CCA) and sits on its Board of Directors. CCA and ALEC wrote SB1070 with Russell Pearce. DeConcini endorsed and made robocalls for Sheriff Joe Arpaio.

As a congresswoman, Kirkpatrick voted to keep tax cuts for the rich and supported SB1070, referring to the U.S. Justice Department’s lawsuit as a “distracting sideshow.”. She skipped the vote on the DREAM Act.

In Tucson, the Democratic Party is controlled by Blue Dogs, which ally with the Republican Party. Both are in bed with the Southern Arizona Leadership Council, ALEC’s mini-me.

As Richard Martinez, the attorney in the suit challenging HB 2281 and the counsel defending the Mexican American Studies program has said “the Arizona Democratic Party should be ashamed of their complete lack of any role, support or action in combating HB 2281.”

Indeed, the Democratic Party has supported Mark Stegeman, the head of the Board of Trustees of the Tucson Unified School District who along with Superintendent John Pedicone have viciously attacked the Mexican American community and students and dismantled the MAS program, firing almost all of the teachers.

Where does Heredia stand in this?

At one time, I was a member of the Democratic Party. I worked through the Mexican American Political Association in 1964 registering voters in conjunction with the California Democratic Council. I tried to change the Party and was a delegate for Eugene McCarthy during the 1968 California Democratic Party Presidential Primary. However, something called principles and desire to give back and represent unrepresented Mexican Americans led to a break.

In other words, I grew up.

My delusions became a nightmare in August of 1983 when the darling of liberals Arizona Democratic Governor Bruce Babbitt sent the state National Guard to Morenci-Clifton to break a strike against Phelps-Dodge. The invasion included tanks and helicopters.

In ignoring the candidacy of Wenona Baldenegro, Heredia and other Latino loyalists are ignoring history. Without the Latino and Native American vote, there is no way that a Democrat can get elected to the First Congressional District. Heredia is delusional in thinking that he can sell his delusions to Latinos, Native Americans and progressive whites.

My criticism of the Democratic Party is based on principles, not on ambition. Unless, it recognizes its chauvinism toward Latinos it won’t be able to correct itself. The truth be told, there is little difference between the Blue Dogs and the Republicans.