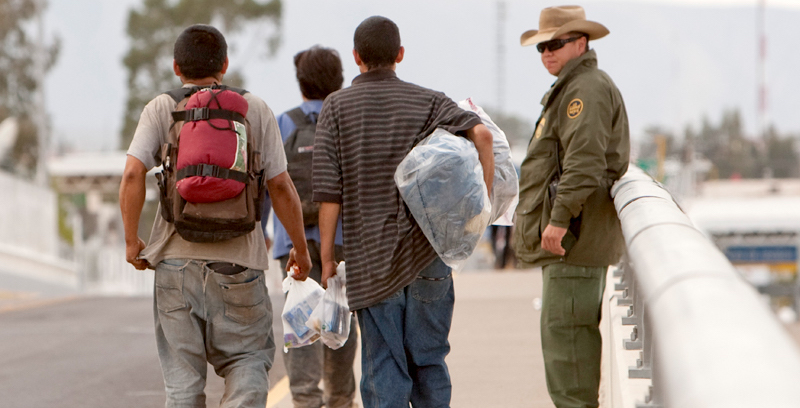 (Editor’s Note: This column was originally published on the Texas Tribune.)

Lately, it seems fashionable for politicians to jump on the campaign train to ban and punish sanctuary cities and college campuses — an idea popularized by President Trump as a measure to make America safe again. Cities and counties that refuse to assist federal immigration authorities to deport undocumented immigrants could lose federal and state funds, and states like Texas may extend this policy to public college campuses. Although the impact of this legislation would be felt primarily among Mexican residents of Texas, it threatens the status of undocumented immigrants from other countries as well.

Politicians have fueled the the passion to eliminate sanctuary cities by selectively focusing on murders of U.S. citizens by undocumented immigrants — while conveniently overlooking the history of mass murders committed by such U.S. citizens as Timothy McVeigh in the Oklahoma City bombing, Adam Lanza in Sandy Hook Elementary School, Eric Harris and Dyland Klebold in Columbine High School, and James Holmes in Aurora, Colorado. Curiously, no one is advocating for sending other citizens who resemble these murderers to Alcatraz.  Despite the fact that nearly three-quarters of Americans believe that immigration increases crime, an in-depth analysis of federal and county crime reports by Dr. Jörg Spenkuch with Northwestern University’s Kellogg School of Management concluded that there was no evidence that immigration levels impact violent crime. More research, from Robert Adelman at the University at Buffalo and Lesley Reid at the University of Alabama reached the same conclusion: increases in immigration are not associated with increases in crime.

In addition, immigrants pay taxes when they are collected by responsible employers, and their contributions to the well-being of the U.S. have been well documented.

It seems a contradiction that Gov. Greg Abbott and other Texas lawmakers have decided to make sanctuary cities and colleges campuses unlawful, and threaten to withdraw public funds.  Wait a minute, Gov. Abbott, are these public funds being paid by just citizens?

Of course not. All taxpayers, whether they are citizens or not, pay taxes.  Texas lawmakers have not exempted undocumented immigrants from paying taxes, and see no conflict in excluding these taxpayers from public benefits. Abbott showed off his Hispanic relatives to appeal to Latino voters in his gubernatorial campaign, but his over-zealous effort to eliminate or punish sanctuary cities and college campuses shows conclusively that he is not a friend of Latino families.

This wolf-in-sheep’s-clothing seems hell-bent on leading the charge to help federal immigration officers make life miserable for Latino families in Texas, many of which include both citizens and undocumented family members. Apparently, the governor and his army of callous lawmakers will lose no sleep as they finalize legislation that will lead to the deportation of undocumented Latinos, destroying families, bringing the academic careers of promising students to a halt, and making it difficult for law enforcement officials who will lose their hard-earned trust in immigrant communities.

Texas residents may feel safer as a result of this destructive legislation, but it will not be long before they will also feel the consequences of a vanishing immigrant community in terms of higher prices, labor shortages and a stagnating economy.  Few native-born Texans can be observed standing in line for low-paying, low benefit, and physically challenging jobs in agriculture, construction, and similar industries. The intellectual community in Texas will also decline as promising immigrant entrepreneurs and inventors decide to continue their careers in other states.

Perhaps it is time for the true friends of all immigrants to come to their defense and challenge the wolves-in-sheep’s-clothing who often benefit from the fruits of immigrant culture — including contributions in such areas as labor, entertainment, entrepreneurship, inventiveness, culinary arts and defense in armed conflicts — but find it easy to eliminate the benefits that immigrants have justly earned.

Legislation to punish sanctuary cities and college campuses is mean-spirited and threatens the positive relationship that Texas has enjoyed with Latino immigrants. Gov. Abbott, you and other Texas lawmakers should be ashamed to support this legislation, which promises to tarnish the state’s reputation both domestically and globally.