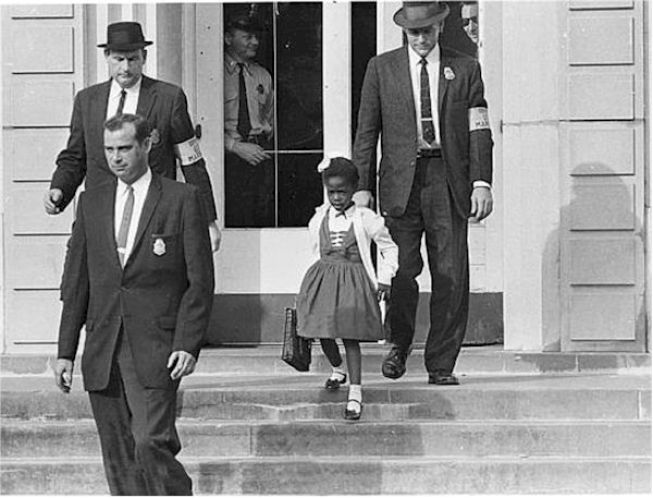 We know that when Darren Wilson and many of his defenders see a black man, they see someone who “looks like a demon,” and someone who has the extra/sub-human ability to “bulk up to run through” bullets.

We know this image of black men from an entire history of racist stereotypes. The image that Darren Wilson successfully invoked before the Missouri grand jury was the same image of monstrous black bucks lusting for white blood that propelled D.W. Griffith’s 1915 racist masterwork, “Birth of a Nation.”

Throughout American history, most images of blacks have been created and presented by whites—and throughout the overwhelming majority of this nation’s history, the nation and its people have been institutionally racist. Only for the past 50 years have blacks enjoyed laws aimed at granting us equal treatment under the law. For the previous 188, we lived as slaves and a sub-species of citizen.

However, throughout that history, blacks have developed our own images of whites, images buttressed not by the toxic stew of fear, hatred, and guilt that boils in white America’s kitchen, but by history and lived experience.

Imagine that my southern-born parents taught me that each white man or woman I encountered was a potential enemy, that each should be seen as someone who might deny me a job for which I was qualified, might deny me schooling, housing, freedom — even deny me my life.

Imagine they told me that whites often saw me through the twisted lens of a self-serving lie — the lie of my otherness, my laziness, my ignorance, of my propensity to violence — lies they told themselves to justify their vicious brutality, and their tolerance of it. Imagine I was told that to forget that in the face of the evidence would make me the basest kind of fool, deserving of whatever harm befell me at vicious white men’s hands.

Imagine that my striving, southern-born parents taught me that seeking equality with whites would be a demotion. A people who tolerated for centuries the enslavement of others, who enshrined chattel butchery in their founding documents, and then, most importantly, denied the existence of blood when their hands dripped with the stuff — these were not people with whom you sought parity. These were negative object lessons to whose depths you swore never to fall.

Now, imagine that we’re not imagining. This is what my parents taught me — that every white man or woman was a creature that I should approach as I would a strange, stray dog, just as likely to bite your hand off as wag its tail. They taught me and my siblings to be wary at every encounter, and constantly steel ourselves against what ill will might erupt from white skin.

It worked. Like any good parents, ours prepared us for the world as it is, and by any standards, we are a highly accomplished set of children. I credit much of that to the hard lessons our parents taught us.

Now, imagine once more — this time that I, and those like me — represent the majority, the state and its power, and that we have guns on our hips, badges on our chests, and the power to shoot you without consequence.

Featured Photo: Ruby Bridges: The lone black girl to integrate a New Orleans elementary in 1960 and who faced a group of white women who yelled hateful things to her every day.

Leonce Gaiter is a prolific African American writer and proud Harvard Alum. His writing has appeared in the New York Times, New York Times Magazine, LA Times, Washington Times, and Washington Post, and he has written two novels. His newly released novel, In the Company of Educated Men is a literary thriller with socio-economic, class, and racial themes.