Latina Lista: News from the Latinx perspective > Columns & Features > Guest Voz > Guest Voz: Out of the shadows and out of poverty — Reducing poverty through immigration reform

Guest Voz: Out of the shadows and out of poverty — Reducing poverty through immigration reform 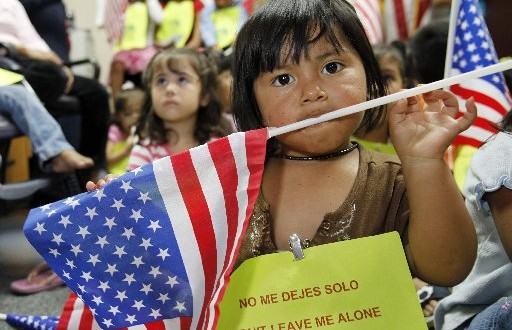 The Census Bureau recently released new data on poverty in the United States. While the coverage that followed provided an overview of the new numbers, and in the case of TalkPoverty examined policy choices that would dramatically reduce poverty, there is one important issue that received little attention: the potential for immigration reform to create a pathway out of poverty, by enabling undocumented immigrants to work legally and maximize their earnings.

Today, there are an estimated 11.3 million undocumented immigrants living in the US. Under current immigration law, these individuals are barred from working legally and, as a result, regularly self-select into jobs that minimize their risk of detection and deportation.

Most undocumented workers ultimately find themselves in low-wage jobs where they are susceptible to exploitation and unable to exert their labor rights. In fact, researchers have found that undocumented workers are nearly three times more likely to experience wage theft than legal workers. It’s a simple fact: our broken immigration system is forcing families to live under precarious financial conditions.

Thankfully, there are smart and much needed policy changes on the horizon.

While the President’s action would be limited and temporary, it would greatly improve the financial security of undocumented immigrants.

Through executive action, the president can focus enforcement resources on high-priority targets, such as criminals and those who threaten national security, while permitting a specific group of people to apply for a temporary work permit and a reprieve from deportation.

This process is known as deferred action and would likely be extended to undocumented immigrants who have been in the U.S. for a significant number of years and have family ties here. But what does this immigration fix have to do with poverty?

The acquisition of temporary work permits would allow undocumented workers to apply for jobs that best match their skills, thereby maximizing their earning potential. Equally important, the ability to work legally decreases the likelihood that these workers will be victims of labor abuses, ranging from wage theft to unsafe working conditions.

A recent report by the Center for American Progress estimated that greater labor market mobility and stronger workplace protections would increase the average undocumented immigrant’s earnings by 8.5 percent, or an additional $1,872 each year. This increase in income is equivalent to 37 percent of average food expenditures—or 27 percent of average transportation costs—for families earning between $30,000 and $39,999 annually (which is the average income bracket for families with an undocumented immigrant).

It’s clear that the fiscal benefits of deferred action would pull some immigrant families out of poverty, keep others from slipping into it, and strengthen the financial security of all of these families.

But it’s not just the families of undocumented immigrants who would benefit from deferred action, all Americans would be better off.

As undocumented immigrants receive temporary work permits, they will transition from the informal to formal economy and begin paying taxes legally. In fact, allowing undocumented immigrants who have been in the U.S. for at least 10 years to apply for work permits would increase payroll tax revenues by an estimated $33 billion over five years—that means more resources for vital programs like Social Security that benefit everyone.

Only congressional action will completely fix our broken immigration system. And it’s only through permanent reform that the US will fully realize the fiscal benefits of bringing undocumented immigrants out of the shadows. But until Congress takes up immigration reform, executive action would begin the process of fixing our system.

As Americans wait for President Obama to announce which executive actions on immigration he will take, they should remember that a step toward fixing our immigration system is a step toward greater financial security for everyone.

This article originally appeared on TalkPoverty.org

Patrick Oakford is a Policy Analyst on the Economic and Immigration policy teams at the Center for American Progress.