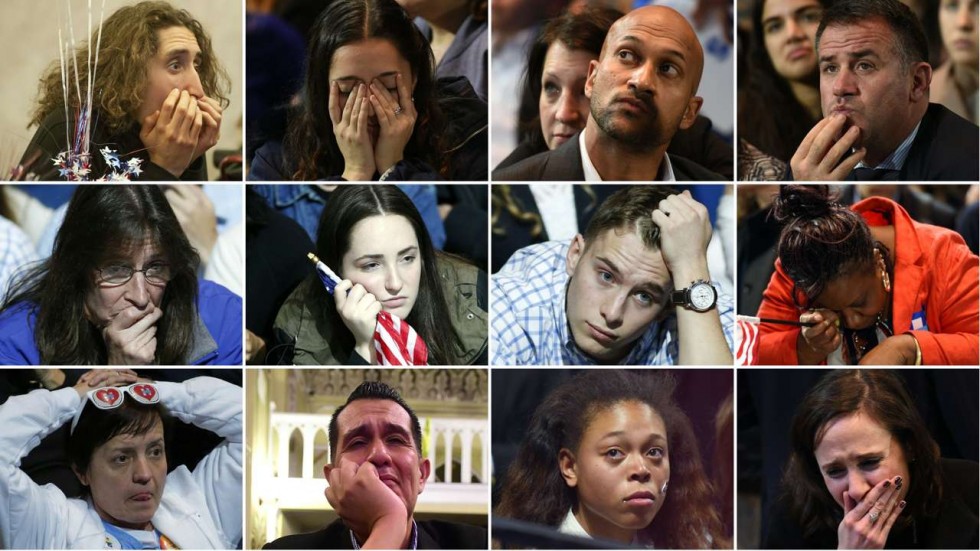 SAN JUAN DEL SUR, NICARAGUA — It’s 4 a.m. I awake with the roosters. Reach for my smart phone. Tap into the live Election Tracker. Many emotions pass through me. Bottom line, I’m ashamed to be an American.

Most all the nation’s top leaders and media, regardless of party affiliation, had endorsed Clinton. Many of us expected love to trump hate. It didn’t. The KKK was celebrating.

“We have a saying, ‘When the United States sneezes, Nicaragua gets the flu,” said Maria Eugenia a middle-aged Managua resident.

While neither candidate was perfect, Clinton was the best option for the U.S., Latin America and the world. That was the consensus I heard in Costa Rica and Nicaragua. People were fearful of Trump, and how his actions would reverberate beyond borders.

A young Canadian in Nicaragua was in tears when we talked about the outcome this morning. ”I’m in shock,” she said. “I can’t believe so many people believe in things so fundamentally different than how I see the world.”

The Disenchanted
A post on Facebook last week summed up many people’s thoughts about Election Day. Get ready for a rocking celebration…or the wrath of a hurricane?

Nicaragua’s lesser known presidential elections took place two days before ours. But, the citizens knew what to expect. Party, or pout, depending on their political leanings.

Daniel Ortega’s reelection led to two days of strikes from protesters, one person told me. Less then 30 minutes later, I saw a cavalcade of Sandinistas on motorcycles and in trucks blasting their horns in victory.

We had more in common with the Nicaraguans than the party prep or hunkering down for the big storm. Voter apathy, disdain, third-party candidates and write-ins, and abstention.

Maria Eugenia has worked her entire career in the communications field. A once-loyal Sandinista, she has never missed placing her vote — until Sunday.

“It’s an utter farce,” she said emphatically. “Why would I waste my time when it’s already decided?”

Voter turnout was supposedly 65 percent, which is the norm here. Yet, 90 percent of her co-workers didn’t vote on Sunday. “All the media is in the hands of Ortega,” the journalist complained. Except for one newspaper and one radio station, she clarified.

Voter disgust led to people staying away from the polls, stateside, too.

One of my apartment mates in Nicaragua is a native Chicagoan like me. A millennial, she didn’t vote, nor did she want to watch the returns. She was disheartened.

We may have seen record numbers at the polls on Tuesday, but analysts were not expecting that to translate to a greater percentage of voters.

The Media
“I always keep up with what’s going on in the United States,” Maria Eugenia said. This time around it was different. She started to watch the campaign news. But the circus, bickering and negativity turned her off.

“I was completely shocked. I got a bad taste in my mouth,” she said about the American presidential campaign. “It was very dirty, and Trump crossed the line. There was no transparency.”

These were not your typical debates. I turned one debate off after 20 minutes. They were more like boxing matches than debates, with Trump in the corner, steering the punches. They sunk to a level that made jokes out of journalism and debating.

It was very depressing to me. I highlight presidential debate snippets when I “Media Train” business or community leaders. Sometimes, just a few words can sink a candidate’s future, or seal it.

Donald had zingers that his antagonists re-purposed proudly to wave in his face. “Bad Hombres.” “Nasty Woman.” His ‘Latinos for Trump’ spokesperson came out with the “Taco Trucks on Every Corner” insult, which became an anthem for many.

Hillary had just one word that hit the blogosphere like wildfire — “Deplorables.”

The world is waiting to see what happens. And, I just may wait it out in Central America.