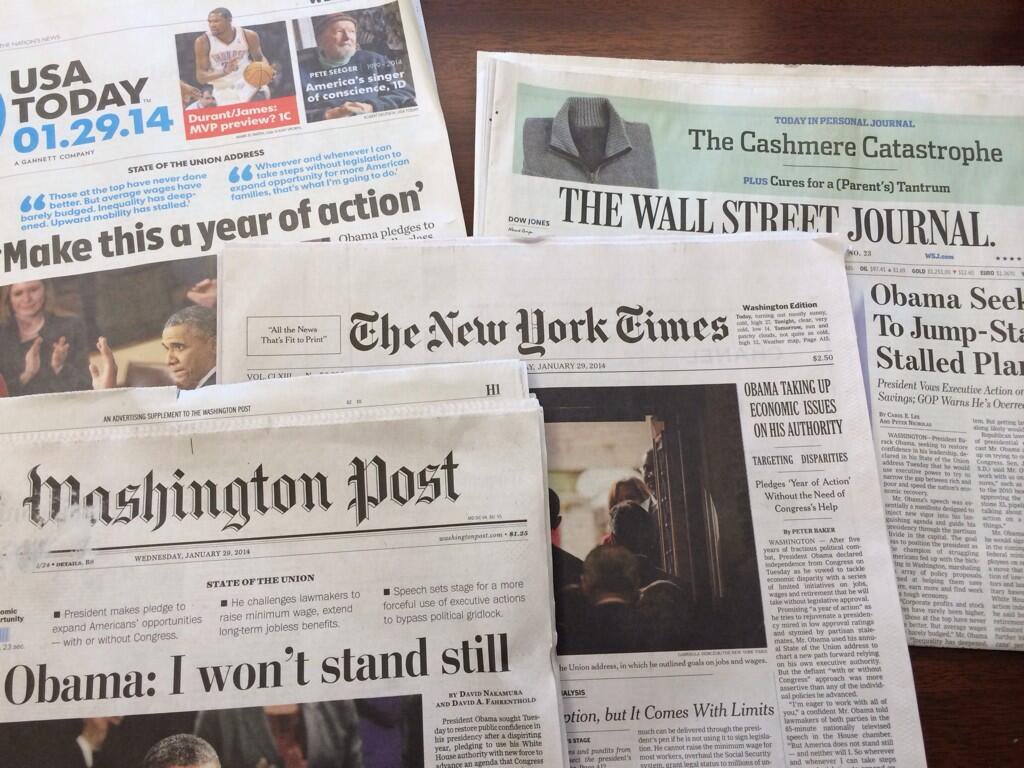 It is one of the least understood paradoxes of contemporary times: As our nation is experiencing the most dramatic demographic transformation in history, Americans are becoming less familiar with members of their diverse communities.

Part of the explanation for this trend, sociologists tell us, is that our nation’s schools, churches, residential communities and social groups are becoming more racially segregated. This may not come as a surprise since people generally spend more time with others who share something in common, including race or ethnicity, economic standing, religious or political beliefs, or general lifestyles.

What is perhaps less understood, however, is the extent to which our nation’s journalists and media contribute to this increasing segregation of our communities. For various reasons, I believe that the role of media segregation deserves our collective attention.

Journalistic blind spots are common practices by media professionals who portray communities of color through a distorted lens – as unfavorable, less visible or perhaps insignificant – practices that reinforce stereotypes and continued segregation amidst continued growth and diversity.

Following are a few observations from my past years in evaluating mass media that illustrate my concerns. While these observations are based primarily on media trends in Texas and the Dallas/Fort Worth metropolitan area, it is likely that geographic areas throughout the U.S. have had similar experiences.

Anointing of Ethnic Leaders: Have you ever wondered why journalists often use the terms “Black leader” or “Latino leader” in news stories, but are careful to avoid the use of the term “white leader”? Whether deserved or not, the practice tends to elevate the importance of the opinions expressed by these “leaders,” which may or may not represent their communities. Journalists are hard-pressed to explain this practice.

Biased Political Coverage: News sources are not always objective in their coverage of political candidates. In a recent mayoral election, for example, a Latino candidate’s electability was an ongoing topic of local news stories, describing the candidate as having “no chance of winning” against the incumbent white candidate. The curious placement of a story about the Latino candidate next to the obituary section of the newspaper reinforced the news bias even further. And in yet another political story discussing Latino support for Donald Trump in Texas, the reporter chose to discuss the only poll that showed the highest support for candidate Trump, while acknowledging the substandard quality of this poll’s methodology and overlooking more credible polls that placed Latino support for Trump at a much lower level. Whether intentional or not, these practices inject unnecessary bias in news stories that describe the Latino political campaigns and voter sentiments.

The Usual Suspects: The sentiments of people of color, especially local ones, are often invisible in news stories or op-ed sections. It is not for a lack of opinions or an absence of experts since there are many people of color that are able to articulate their points of view on a variety of topics. Instead, journalists often take the path of least resistance and utilize the “usual suspects” – that is, the same academics, business or civic members – which discourages a diversity of ideas. To further influence public sentiment on a controversial issue, the editorial staff of news organizations will offer their own point of view. For example, recent local news coverage about the possible loss of ABA accreditation for the UNT Dallas School of Law has been largely negative, while ignoring local community sentiments that are supportive of the law school. The practice of selecting the “usual suspects” may be convenient but does not contribute to a diversity of ideas – something that can be remedied by expanding the pool of the usual suspects.

Predictable News Coverage: Past studies of mass media content coverage show that the majority of news coverage about Latinos has been concentrated in just four areas: crime, immigration, poverty, and under-achievement. Similarly, news coverage of African Americans is often saturated with stories about racial profiling and police relations, criminal investigations of high profile politicians and celebrities, and school-related problems. With this constant diet of negative news stories about Blacks and Latinos, is it any wonder that residential communities are becoming more racially segregated? These negative portrayals have impacted the decisions by supermarket chains and other businesses to serve these communities, which are perceived as having little economic potential – leading the Dallas City Council to offer a $1 million incentive to encourage business development in these communities. Such negative news stories, however, often tell an incomplete story about communities of color.

The Curious Absence of Commerce: It is a rare day indeed that journalists will cover a topic that relates to the business or economic vitality of communities of color – almost as if it does not exist. This should not be so difficult in a metro area where minority-owned businesses contribute significantly to the area’s economy. In the most recent Survey of Business Owners, the Census Bureau tells us that in the Dallas/Ft. Worth metro area, there were 80,994 Black, 117,592 Hispanic and 52,456 Asian business owners with 2012 sales of $37 billion. In addition, the aggregate household income (or crude measure of buying power) for Black, Latino and Asian consumers totals to $63.3 billion – or 31 percent of the metro’s total buying power of $204 billion. Despite the large presence of minority-owned businesses and surveys that document the consumer behavior and buying power of multicultural consumers, business journalists seem to find it more rewarding to cover ethnic celebrations, food, and occasional problems at ethnic chambers of commerce. Clearly, there is significant room for improvement in the business section of news media.

Segregated media: The failure of mainstream media to address the information needs of diverse communities has fueled the growth of ethnic media, which often provides more relevant content to its audiences. However, this trend has further segregated our communities as mainstream journalists and media become increasingly comfortable with the notion that ethnic media are best suited to handle news about ethnic communities. Segregated media, unfortunately, further decreases the likelihood that community residents will become familiar with the lifestyles and achievements of other members of their communities, especially in areas like economics, civic and political participation, educational attainment, technology, scientific innovations, and religion.

Of course, the media industry is only one of many factors that contribute to the increasing segregation of our communities. Nonetheless, journalists and media executives need to be held accountable for the role that their media products play in creating and reinforcing the negative stereotypes and unbalanced portrayals of communities of color.

Hiring more Black and Latino journalists, while important, is not sufficient as long as the final word on news content remains in the hands of media executives who are indifferent to these blind spots. We will know when we have achieved some measure of success when mainstream media, in particular, begins to include more balanced news content about communities of color, expands the diversity of views by local opinion writers or experts, and utilizes more credible opinion polls of our communities.

By eliminating these blind spots, media executives will likely expand the diversity of ideas in news reports, include more balanced portrayals of communities of color, and perhaps become more relevant to their diverse news audiences.