Guest Voz: States’ argument to deport the undocumented is a lesson in manipulating language for political gain 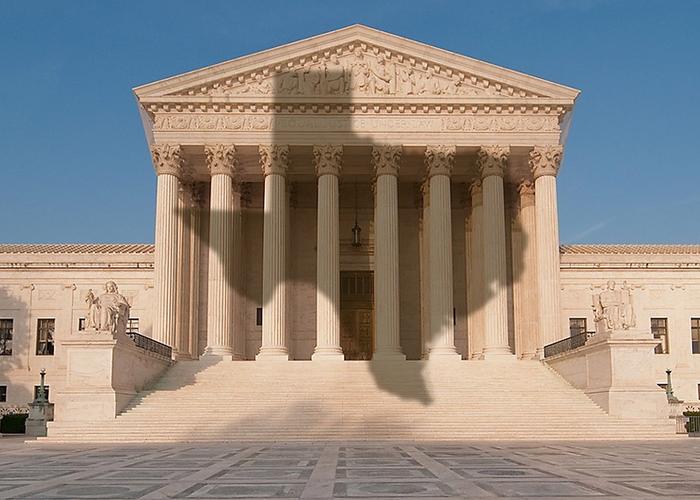 Interesting how recently Texas Solicitor General Scott Keller questions just how “discretionary” our government really is: He said so during Supreme Court arguments in defense of Texas, one of 26 states against President Obama’s executive action for Deferred Action for Parents of Americans (DAPA).

Yet, government officials want to focus on semantics and discretion at the expense of real people.

This includes human beings like Nuria Rodriguez who was 7 when her parents decided to immigrate to the United States from El Salvador to avoid raising a family in a war zone. Rodriguez attended Dallas and Irving public schools. She excelled despite being an English-language learner and was awarded a George W. Bush scholarship, forfeited when her parents returned to El Salvador.

Rodriguez’s eyes water as she recalls being forced to leave “her country, the United States” and go to a place she knew nothing about. When asked to pledge allegiance to the flag at her El Salvador school, she began “I pledge allegiance to the flag of the United States of America ….” and her classmates laughed, thinking she was pledging the Salvadorian flag but in English. In this state of confusion, Rodriguez decided to focus her energy on making something of herself, so she graduated high school and earned a teaching degree.

Rodriguez, now 36, knew she would come back home — to the United States.

After working several years as an educator, she returned with her brother and baby daughter. Today, Rodriguez has a 4-year-old daughter who is a U.S. citizen and an 18-year-old daughter attending community college and protected under Deferred Action for Childhood Arrivals (DACA), which grants her a work permit, Social Security and deportation protection for two years.

Unfortunately, Rodriguez is unable to continue teaching due to being undocumented.

To be sure, there is some constituency that believes undocumented immigrants are tax-avoiding workers, welfare abusers and blatantly see them as criminals. Does Rodriguez’s narrative fit this description? Would you commit a minor indiscretion if what were at stake were your life and your children’s lives?

Credible studies estimate undocumented immigrants paid more than $11 billion in state and local taxes, and more than half paid income taxes. A report from the Congressional Budget Office estimates that immigration reform such as DAPA could provide more than $450 billion in additional federal revenue over the next decade.

Immigration reform would allow the more than half of unauthorized immigrants paying into the welfare system to utilize services that their tax dollars are paying for, but are currently ineligible to receive.

To date, Deferred Action for Childhood Arrivals (DACA), the first attempt at immigration reform protected 700,000 people from deportation since its inception in 2012.

While we argue about discretion, there are 10 million people eligible for Deferred Action for Parents of Americans (DAPA) that deserve humane immigration policies that recognize them as contributing members of this country’s economy and society.

Martha Rodriguez, a Dallas Public Voices participant, is a program manager at Bachman Lake Together, which helps families and children become school-ready.

deportation, immigration reform, Supreme Court, Texas
Previous Post Crowdfunder: On a mission to show kids and adults how to read, understand & enjoy poetry
Next PostStudy: Severe Obesity Among Minority Children is on the Rise

Crowdfunder: On a mission to show kids and adults how to read, understand & enjoy poetry
Comment
Study: Severe Obesity Among Minority Children is on the Rise