Latina Lista: News from the Latinx perspective > Columns & Features > Guest Voz > Guest Voz: Texas — prime example of a state government failing its people and derailing its future, thanks to one man

Guest Voz: Texas — prime example of a state government failing its people and derailing its future, thanks to one man 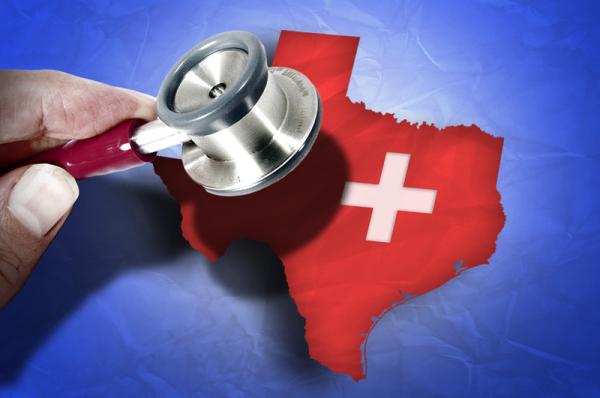 Rick Perry has now been in office longer than any Governor in Texas history. His stamp is on every appointee, every agency and every program. So, where is Texas after nearly fourteen years of Rick Perry?

Here’s the short answer. Among the 50 states Texas ranks:

In an era when responsible government must invest in human capital to compete for jobs in the global economy, in highways and water to move goods to market and in higher education to put talent to work, Texas simply does not compete.

For fourteen years, Rick Perry has been a captive of major donors who want no taxes and fewer regulations making Texas the living laboratory of no government conservatism. His attention to big donors and neglect of duty has put Texas’ future at risk.

A budget hawk in D.C., in Austin, Perry took more Obama stimulus money than any Governor in the U.S. Meanwhile, in Austin, Perry created his own, annual fiscal cliff with structural budget deficits each and every year. In 2005 Perry, Tom Craddick, David Dewhurst and emerging TEA party extremists created a disastrous tax plan that promised Texans revenue neutrality but in reality delivered automatic $10 billion dollar deficits every session.

Using structural deficits as a wedge, Perry forced cuts on mostly education and health care even though billions were in the Rainy Day fund. At Texas public schools, Perry’s disastrous $5b in 2011 cuts to public school funding are now moving class size up from 22 or so to 40 and more at crowded suburban and Border schools. 25,000 educators have been fired.

Among America’s elite Carnegie One public research universities, California has created eight. After 14 years of Rick Perry despite being second in population, Texas has struggled to create three.

In Texas, nearly 40 percent of students who enroll in an institution of higher education are simply not prepared for college level work and require some form of remediation. At some Texas universities, graduation rates are as low as 3.1 percent.

At the highway department (TxDOT) Perry put the highway fund on the credit card. A state that used to pay as you go now ‘robs Peter to pay Paul’ as a chief method of finance. TxDOT pays more money in interest on highway borrowing than goes out in highway construction.

On some roads in West Texas, pavement will soon be stripped and returned to dirt. What highways do get built are toll roads ringing every major Texas city raising the cost of business and movement for families.

At a recent Senate Finance hearing TxDOT’s chair stated ‘we’re running out of capacity to issue debt—we’re maxed out.” The Senate Finance chair called TxDOT”s lack of funding our own “fiscal cliff.” This is “one of those areas where really the future of our state is hanging in the balance” he said.

After five sessions of no leadership, Perry called two special sessions to pass a bill that covers less than 25 percent of the $5b needed every year to fund Texas highways. Here’s what Speaker Joe Straus said in his statement on Perry’s approach: “Diverting a capped amount of money from the Rainy Day fund to repair roads is much like using a Band-Aid to cover a pothole; in the end, you still have a pothole and you’ve spent a lot of money without solving the fundamental problem.”

In 1997, with memories of the Great Drought of the 1950s still vivid, Lieutenant Governor Bob Bullock proposed and led passage of SB 1, the Texas Water Plan which is now a national model. Sixteen years later, House leaders finally put on the state ballot you guessed it another Perry plan to raid the rainy day fund to loan $2b for water projects. The Texas water agency now has $53b of backlogged projects.

At the Finance Commission, Perry’s appointee as Chair is a lobbyist for America’s biggest payday lender who has successfully raised interest rates to 1,158 percent per year on predatory loans an astounding rate for a state that used to have a ten percent constitutional cap on usury.

In past sessions, Perry-led initiatives like file and use for insurance companies have gutted state regulation on home or auto insurance. As a result Texas home and auto insurance rates that impact nearly every Texas family are the most expensive in the entire U.S.

Over at the now defunct Residential Construction Commission, Perry’s largest donor created a building commission stacked with Perry supporters to ‘mediate’ any disputes over the building of your home that amazingly resulted in rulings that virtually always favored builders.

In one of Perry’s rare acts of actually leading a state initiative his cancer research initiative (CPRIT) is mired in criminal investigations as prosecutors ask how millions went out the door to Perry cronies with no peer reviewed scrutiny.

So where is Texas today?

After nearly 14 years of Rick Perry, Texas has become exactly what Americans rejected in the last election — a government of, by and for billionaires.

Instead of responsibly educating the next generation of mostly Hispanic students, building the water, road, energy and critical thinking infrastructure of the future, each with sustainable funding, state government under Perry has dedicated itself to helping Perry’s cronies capture enterprise fund grants, dispose of radioactive waste, re-direct tax cuts to the wealthy and reduce regulations on the corporations they own.

The result is one of the nation’s most regressive tax codes—where tax cuts to billionaires are paid with tuition hikes to college freshman — a failed revenue system that regularly produces deficits not college graduates—and regulatory schemes that maximize profits to Perry’s donors not protection to Texas consumers.

Particularly in his last two sessions, Perry has waged war on Texas women. In 2011, Perry defunded a 90 percent match by the U.S. government to the Texas Women’s Health Program. In 2013, he called a special session to pass America’s harshest anti-abortion bill that will close clinics from El Paso to Brownsville that currently provide pre-natal and maternity care to thousands of women. He also vetoed a fair pay act to guarantee that women make what men make for the same work.

In pandering to his base each primary season, Perry has given full rein to racist elements in his party. Even though 38 percent of Texans are Hispanic (within 12 years Texas will be majority Hispanic) Perry passed one of America’s harshest voter ID laws—a law that federal judges unanimously ruled would have discriminatory impact on low-income minorities.

About Voter ID, Colin Powell recently warned the GOP that “these kind of procedures that are being put in place slow the process down and make it likely that fewer Hispanics and African Americans might vote, I think, are going to backfire, because people are going to come out and do what they have to do in order to vote.”

In 2013, Perry again put sanctuary cities on his agenda, rejected Obamacare and any expansion of Medicaid in America’s least insured state where the majority of the uninsured are Hispanic.

As Perry moves right once again in what most expect to be a second run for President, how he will induce mass amnesia to delete memories of one of the worst campaigns in U.S. Presidential history will be interesting to watch. For Hispanics, Perry’s tours across America with Arizona Sherriff Joe Arpaio will be a memory never to be forgotten.

But the far greater concern to all who care about Texas is how deeply Perry has placed Texas in the ditch.

As state Rep. Dan Branch, R-Highland Park, chair of the House Higher Education Committee said, “at some point you could have a state that has light regulation and low taxation but if you can’t turn the lights on, if you don’t have water, if you can’t educate your child…at some point, just having light regulation and low taxation will not keep people coming here.”

In an era when 65 percent and more of the students in major school districts are Hispanic, when Hispanics will be the absolute majority by 2026, when the need for proven, bilingual, especially early education, curriculum in an increasingly LEP (Limited English Proficiency) population has never been more profound, Perry has simply failed in any meaningful attempt to educate millions of Hispanic children on whose shoulders Texas’ future now rests.

In El Paso, at the largest school district, 1995 out of 17,313 graduates over a five-year period made 1070 or better on the SAT/ACT. At the most heavily Hispanic high school, out of 1102 graduates only 13 students or less than one percent made 1070 or better. That is the reality of education in Perry’s Texas today.

Here’s what Perry’s own Commission on Higher Education and Competitiveness reported on his education record:

“Texas is not globally competitive. The state faces a downward spiral in both quality of life and economic competitiveness if it fails to educate more of its growing population (both youth and adults) to higher levels of attainment, knowledge and skills. The rate at which educational capital is currently being developed is woefully inadequate.”

Perhaps Perry’s most strategic legacy is suppressing the vote. With persistent discrimination in state and federal redistricting and harsh suppression strategies like voter ID, Hispanic voter turnout in Texas in November 2012 was 38.8 percent while white turnout was 60.9 percent.

What will happen in Texas?

Simply put, Hispanics hold the key to Texas’ future. Right now six urban counties will decide Texas’ future. All are majority minority – most have Democrats in City Hall. With the entire Texas Republican delegation in D.C. now leading the fight against immigration the stage is set.

In California, when extreme politicians enacted wholesale disenfranchisement strategies much like Perry and the far right has managed in Texas, Hispanic voters removed the entire California Republican slate.

That day is coming soon to Texas. The only question is when.

Former Senator Eliot Shapleigh, D-El Paso, served in the Texas Senate from 1997-2011. During his term, he was named U.S. Public Elected Official of the Year by the National Association of Social Workers, National Top 25 Doers, Dreamers and Drivers of Information Technology, National Legislator of the U.S. by the American School Health Association and won the MALDEF Matt Garcia Public Service Award.