Guest Voz: It’s Time for an Executive Order to Ban the Box 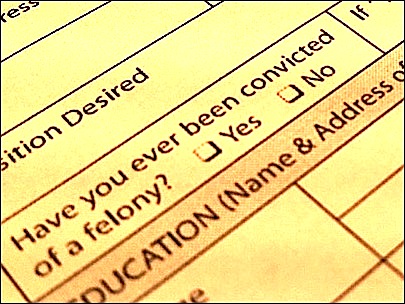 When I got out of prison 30 years ago, the only job I could get took me right back inside the gates of San Quentin, where I helped inmates through the prison’s law office. What I witnessed 30 years ago is still happening now: that small box on job applications that asks have you ever been convicted of a crime continues to make it tough for formerly incarcerated folks to get a job.

When I checked in with people asking how their job searches were going, it was always the same answer: checking “yes” on that box meant their job application was tossed aside. Then one day when I went to Jack in the Box for lunch, the guy behind the counter had tattoos all over his arms, tattoos I had seen on prisoners. I asked him how he got this job and found out that Jack in the Box did not ask potential employees about their criminal records.

So 11 years ago, All of Us or None, the organization I co-founded, started the campaign called “Ban the Box” to give Formerly Incarcerated People a better chance at getting a job – so they can provide for themselves and their families, and fully re-enter society. Studies have shown that three out of every five formerly incarcerated folks remain jobless one year after they are released from prison.

We’ve been successful at winning “Ban the Box” campaigns in 13 states and nearly 70 cities and counties. Now we think it’s time for the federal government to weigh in.

A few weeks ago I was part of a delegation of Formerly Incarcerated People who went to the White House to ask for its support for “Ban the Box.” We want an executive order eliminating exclusionary questions on initial job applications. We are also asking for a presidential memorandum to be issued to the Office of Personnel Management and other federal agencies, directing the government to make the necessary adjustments to federal hiring practices.

The memo should instruct federal agencies to develop policies and procedures that will conform with our request for the box to be banned in the private sector. In order for the federal government to lead, it should model the practice it wants the private sector to follow.

Some people may say that Formerly Incarcerated People are asking for an entitlement and special privileges. To them I say that we also pay taxes that finance the work of the federal government, so we deserve the same access to those job opportunities that everyone else has. Especially since no one is alleging that we become bad employees – in fact, quite the opposite is true. What really produces public safety is food, clothing, and shelter, and in order to secure those you generally need a job.

However, Ban the Box is much more than just the removal of the dreaded question about conviction history from employment applications. Ban the Box is actually a larger effort to dismantle structural discrimination. For example, we demand the right to return to our families upon release. Research shows our families are a strong source of support and may live in public housing, from which we are often banned. With the kind of pervasive discrimination we face—not only with jobs but also housing, professional licenses, and school applications—it’s time to consider laws that protect Formerly Incarcerated People from discrimination.

As Formerly Incarcerated People, we must own our civil and human rights struggle and the changes we want. Formerly Incarcerated People are a community, including people involved in national organizing. I believe the way these changes in federal hiring practices are rolled out is almost as important as the changes themselves. That’s why we are asking that the executive order be announced at a national strategy session organized by directly impacted people.

To prepare for that event, we would like cabinet-level officials to conduct ten different town halls in five different states for communities directly impacted by incarceration. This will provide venues for our community to speak with, and be recognized by, influential and prominent people in government who normally talk about us but not with us.

Imagine if this struggle were being waged by organized groups of women or farmworkers – it would be inconceivable to make so many major statements without directly addressing representatives of those organizations. If we are going to change the circumstances in which we all live, we cannot continue to leave so many Formerly Incarcerated People – 65 million – outside of societal and government norms.

An executive order banning the box on federal contractor employment applications, supported by a presidential memorandum and announced at a national strategy session organized by Formerly Incarcerated People, would demonstrate to the marginalized population that our voices are genuinely heard, and that we do have some fundamental access to U.S. democracy.

(This column originally appeared on TalkPoverty.org)

Dorsey Nunn is the Executive Director of Legal Services for Prisoners with Children and Co-Founder of All of Us or None.