Guest Voz: Time to realize human trafficking is alive and thriving in Latino communities across the U.S. 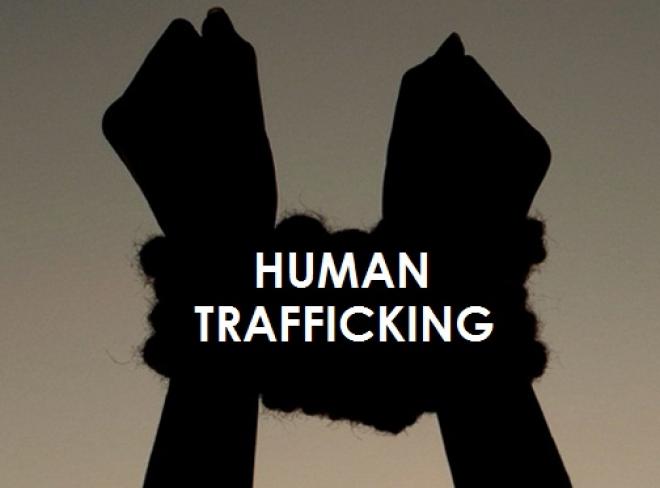 If you were to ask most six-year-old girls what they wanted to be when they grow up, you could get a variety of answers. Little girls dream of a future full of productive work, loving friends and families and happy times. None imagine they could be the victims of sex trafficking.

Yet every year, thousands of girls fall victim to brothels, “trap houses,” and gangs — a growing trend, especially in Hispanic and Latino communities.

Our hope at Morrison Security is that if we can raise enough awareness about this issue, we can prevent further tragedies from happening. We have already solved well over one hundred cases in the last three years working for families and with law enforcement authorities in the US and internationally.

According to a study from the Urban Institute, “Hispanics are increasingly populating–and running–underground sex businesses, 80 percent of clients for Hispanic sex rings being Hispanic men.”

It may seem shocking that individuals could be trafficking members of their own community but sadly our own field work has shown this to be true. Occasionally, our team runs into young men and women who were brought to the U.S. with the promise of work in a supermarket but then sold into prostitution immediately after they hit U.S. soil.

Our job as security professionals is to help these immigrants, especially women, understand that they are not alone here – we do this work for free, as much as possible, whenever family or police resources are limited.

Frightened women get trapped in prostitution and are scared to ask for help from their family. The fact is anyone who came into this country illegally and was driven into prostitution will receive amnesty if they come forward. Prostitution is a crime but it also has victims, both minors and adults.

The key is for those who entered the country to come forward and say, “I am being trafficked. I am being forced into prostitution.” It is our job as law enforcement professionals to educate people that they have this option and Morrison Security actually does have an education presentation we conduct for schools, churches and other community organizations.

Family is extremely important to many Latino communities, and we have often found young Latino women are scared to come forward because they feel they are bringing shame to their families. The sad fact is that some of them may have entered prostitution as a way to support their family, seeing it as the only viable option at the time, and then realizing later they were trapped in a vicious cycle.

Our job is to educate families about how to look for signs their family member has become a victim of this horrendous crime, and how to help them. We always tell families to talk with their children about the real threat that exists with sex trafficking and explain to them there are predators out there who may confront you as a wolf in sheep’s clothing.

Strangers can be dangerous and kids should always be vocal with a parent when a new person enters their life.

Here are a few things we recommend for families:

• Explain to your daughters and sons (we are seeing more and more cases with young boys) this is a crime that is blind to race, religion, gender and blind to social status. Every minor is a potential victim of a predator. The best way to prevent sex trafficking is to shine a light on it; the general population needs to learn about the real danger. It is vital that we raise the general overall awareness of this danger.

• Train your family and friends mentally; tell them that we pray no one should fall victim to human trafficking, but if our loved ones do become victims, they should do everything they can to escape and to contact their parents or the police. If they only have a few seconds, simply dial 911 on a phone and put it down and it can alert police of their location. If they see a fire alarm, pull it without hesitation.

• Young women need to beware of letting their guard down, even when with friends and family members in social activities. A very common technique of human traffickers is the drugging or spiking of a soda or alcoholic drink. Always tell a family member or friend where you were going and with whom, in case you do become a missing person.

• Often times, predators find girls through websites like backdoor.com. So be vigilant about checking your daughter’s website history.

This is an ongoing problem for the Hispanic and Latino communities, and one that continues to grow worse for all communities and backgrounds. The Huffington Post reports, “Some of the first prostitutes in the United States were Spanish-speaking women from Mexico, and during the early years of the nation, prostitution paid better than most jobs held by men.”

In other words, this is not a new issue, but it is one that needs to be stopped. We must be vigilant, and we must be on the lookout for signs a location or situation may be dangerous.

Do not be embarrassed to talk to your daughters and even your sons about the potential threat of becoming a victim of a predator, at risk of being kidnapped or trapped in the trafficking world of child exploitation.

You could be saving your child’s life.

Sean Morrison is founder and CEO of Morrison Security, Inc, a company that works with police forces in Chicago and across the U.S. that do not have the resources to solve human trafficking cases on their own. Recently, they helped to reunite a young girl who had been kidnapped by El Salvadorian family members of the MS 13 gang.