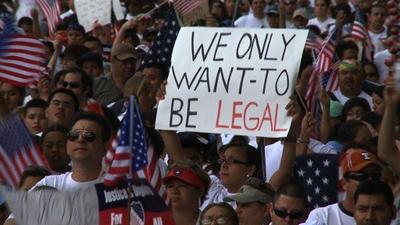 Our country has waited far too long to fix our broken immigration system. Without controlling our borders, we have knowingly allowed the undocumented population in the United States to balloon to over 11 million individuals.

We need strong elected officials who are willing to face this problem head-on with commonsense solutions. That’s why we were encouraged by Rep. Tom Cole’s recent remarks that mass deportation would “disrupt the economy pretty broadly if you are going to start moving 11 million people without much thought.”

But Rep. Cole doesn’t just stop by saying why the plan isn’t unreasonable, he lays out an initial path forward. He goes on to say that we must control our borders once and for all then create a pathway to legalization that doesn’t reward people for breaking the law, but takes into account actual factual situations.

The Republican Party is often said to be “The Party of No.” We need more leaders, who can help to pass comprehensive immigration reform in 2017 and help us get back to being a country of laws while still being accepting to immigrants who have made our country great.