Latina Lista: News from the Latinx perspective > Columns & Features > Guest Voz > Guest Voz: Understanding that immigration reform is about them, not us

Guest Voz: Understanding that immigration reform is about them, not us

For the past forty years, the most pressing issue for Mexican Americans and other Latinos has been immigration reform. It has dominated our conversations, our agendas, and for the more politically conscious among us, it goes to the core of who we are. 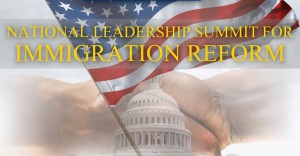 Seemingly the Democrats have come to the realization that our resolve to protect the foreign-born will not go away, and that immigration reform is an issue that three-quarters of Latinos will not compromise on. I say seemingly because Democrats are still hedging on many aspects of immigration reform, and some believe that we are gullible enough to accept a compromise.

President Barack Obama moved assertively, although belatedly, to normalize the status of the Dreamers, which was a no-brainer. At a time when we actively recruit educated college graduates from Eastern Europe, and drain Latin American countries of their professionals, it seems logical to look for those resources at home.

In the case of the Dreamers, they are Americans, they attended American schools, they earned good grades and they made it despite the inequalities of the American system.

A lot is at stake: the challenge is for us to be true to history and to come up with an equitable law that will last. We must remember that up until the Immigration Act of 1965 Latin America was not part of the American quota system. Those who wanted to come here could do so.

Throughout the nineteenth and most of the twentieth century the United States sold Latin American nations and leaders the notion of Pan Americanism — that the Americas enjoyed a common history, and that we shared a colonial past.

The idea of Pan Americanism was expanded with the extension of U.S. commercial ambitions. In 1889, the United States initiated a Pan American Congress convened in Washington DC. Secretary of State James Blaine negotiated arbitration treaties with Latin American nations, and entered into trade agreements that were supposed to be reciprocal but in actuality strengthened U.S. political and economic hegemony in the hemisphere.

Pan Americanism was never reciprocal and initial good feelings deteriorated rapidly with rising jingoism in the United States. The United States became known as the “Colossus of the North” as American military and dollar interventions became common.

The liberalization of commercial intercourse was a one way street, benefiting Euro-American business. It reinforced inequality between the nations north and south of U.S. border.

The reality is that it takes the good faith of people on both sides of the border to forge a political alliance or union, which to date the American people have not been willing to do.

History informs us that there is plenty of room for pessimism regarding the current talks for immigration reform, especially when you consider the Republican response to immigration.

The truth be told, I am not all that sold that President Barack Obama will do the right thing. It took him a long time to embrace the Dreamers. And even now he is deporting more of the Dreamers parents and cousins than George W. Bush did.

I have gotten into heated discussions with friends who say that it is really not Obama but Eric Holder and Janet Napolitano. They even advance conspiracy theories linking Janet Napolitano to Arizona Governor Janet Brewer. However, the buck stops at President Obama’s doorstep.

If we want a permanent solution to the Immigration Question, the ideas are going to have to come out of the Mexican American and Latino community. It is time that we not only reap the benefits of the 55 million U.S. Latinos but also give voice to their interests.

This is going to be difficult because modern day rhetoric of Pan Americanism is imbued with the cult of personality that affects los de abajo throughout the Americas.

For example, during the past couple of weeks I have been plugging the Immigration Conference at the University of California Riverside on March 16, 2013. I have received enthusiastic responses but also more than a few that concern me.

The gist of the criticism is that the decriers don’t like its organizer Armando Navarro — which is their right but Armando is not the issue – the issue is immigration reform.

I have had harsh disagreements with Armando, but I would never question his good faith or that of others such as Herman Baca who I have known for over forty years and who has worked tirelessly for immigration reform.

I am going because I want to see and hear what other people think. As a scholar I need to know. That is why I travelled throughout the U.S., Mexico and El Salvador. It is my duty to know – and you cannot get that information exclusively from books or oral histories.

I am also concerned that Obama’s immigration proposal seems more driven by his corporate buddies than with wanting a solution, and I believe that we who have benefited from the numbers of Latinos in this country should express our support for them.

For example, I have questions about Obama’s take on the legalization of the undocumented. I never considered them illegal and this point must be the guiding principle. The paying of a fine is an admission of guilt, which is stupid.

We cannot assume that that the outcome will be fair when rhetoric such as a back-of-the-line goes unchallenged. The only line that I started from at the front of the line as a Chicano was when I was inducted into the army.

While we are at it we have to get rid of the notion of an English proficiency requirement. Bilingualism was a notion that was espoused – although never adhered to, by the Pan Americanist. People are not stupid they know that English is necessary. Indeed, most people in this world also know that multiple languages are necessary. Only in the U.S. is English-only considered a requirement for good citizenship.

The Dream Act is going to have to be crafted and the military enticements eliminated and replaced by incentives for the Dreamers to go beyond the bachelors. They must be treated as a valuable asset.

There is talk that the new immigrants should be required to pay back taxes or fines without Social Security benefits. This is unjust because they have already paid into the system. This one disturbs me.

I know immigrants from Eastern Europe and the Middle East who have immigrated to this country and draw benefits without having worked a day here. I do not begrudge them since it is the right thing to do. But it is also the right thing to correct the exploitation that the undocumented workers have suffered — not perpetuate it.

Obama is also going to have to listen as closely to labor as he does to Wall Street and give these newly documented immigrants full labor rights. Along this vein, Obama should form a circle of working-class immigrant women – labor and community activists – he cannot solely rely on academicians and elected officials to know what is good for immigrant families.

Now and in the future ICE has to be controlled. The immigration raids and the deportations must to stop now. Our Berlin Wall has to come down and the militarization of the border ended. If we want to end the drug trade, let’s control our domestic market. If we want to control the flow of guns into Mexico, control the source of these guns.

Lastly, get rid of the idea of a guest-worker program. It is a way to further exploit and control labor. There ain’t anything Pan American about it.

I for one will be going to the National Summit for Immigration Reform on March 16th because it is not about me, it is not about personality, it is about trying to make a difference and pay homage to the numbers of Latinos and other immigrants in this country.

It is a human rights issue.

featured, immigration reform, President Obama
Previous Post Video: Latina author strives to correct the historical record of Latinos in the Southwest
Next PostViolence against women: Progress in some parts of the world, violations continue elsewhere

Video: Latina author strives to correct the historical record of Latinos in the Southwest
Comment
Violence against women: Progress in some parts of the world, violations continue elsewhere