Latina Lista: News from the Latinx perspective > Columns & Features > Guest Voz > Guest Voz: Voting is the only way to turn the tide of legislative bigotry and reclaim hard-fought civil rights

Guest Voz: Voting is the only way to turn the tide of legislative bigotry and reclaim hard-fought civil rights

It took 50 years for U.S. voters to elect our first Black President. The fact is that 1964 (not 1776) represents Year One as the birth of equality for Blacks and other minorities in the U.S. The simple reason is that regardless of the freedom documents signed by the U.S. founding fathers in 1776, they did not apply to minorities. 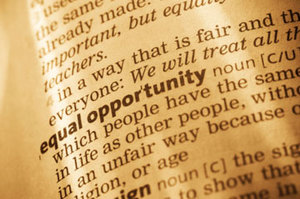 As a result, Black citizens especially have had to fight for every step of liberty that they have gained. They did so by planting freedom seeds in the 1950s and 1960s that, with the help of Democratic white leaders and legislators, led to the 1964 Civil Rights Act and the 1965 Voting Rights Act. Sadly, extremist conservatives are today trying to destroy these hard-won milestones of equality.

In 1955, Rosa Parks refused a bus driver’s orders in Montgomery, Alabama to give up her seat to a white passenger. She was tired and believed that since she had paid her bus fare, she was entitled to the seat as much as the white person. Yet, she was arrested for being disobedient.

Rosa Parks’ arrest did much to advance the civil rights movement. That Blacks have achieved a sense of belonging is evident in the fact that TV programming sponsors depict Blacks in TV shows, movies, and ads today that used to be reserved for whites only.

Coincidentally, just over fifty years ago, Mexican-descent citizens also seized their brass ring of liberty when the U.S. Supreme Court ruled in 1954 (Class Apart Decision) that the state of Texas had to stop discriminating against citizens of Spanish Mexican origin.

Officially ostracized from mainstream Anglo society since 1848, Mexican-descent citizens in many Texas counties up to the 1950s were prohibited from serving in juries. As recently as the 1960s, when playing “away” games, high school teams with predominantly Mexican-descent players were denied service in many South Texas eating places because they did not serve Mexicans. Also, young Mexican-descent college students attending the University of Texas found it difficult to find apartments near the Austin campus because Anglo owners would not rent to Mexicans.

However, unlike their Black counterparts, a very unfortunate battle line developed within their own ranks. While lower-income parents joined their children in the fight, many middle and upper-income Mexican-descent parents refused to get involved. In the end, the lack of internal core support caused the level of equality for Mexican-descent citizens to lag behind the more visible advancement of Blacks.

It is that very framework that extremist conservatives want to dismantle.

Why is it important to revisit the history of the equal rights movement?

Paraphrasing George Santayana, those who forget the past are condemned to relive it. As incredible as it seems in this day and age, the same type of racist groups that disapproved of civil rights fifty years ago are still active today. Extremist conservatives have seized many state legislatures, turning the Party of Lincoln into a den of intolerance.

Using President Obama’s election as their starting whistle, they have released a torrent of anti-diversity rhetoric and legislation. Their malicious goal is to undo the progress of Blacks and Mexican-descent U.S. citizens. Apparently, they are driven by their self-imposed fear of the growing browning of the U.S. population.

Regardless of political views, sensible minded citizens of all racial/ethnic backgrounds can make a difference if they unite and vote the extremist rascals out. At least, the racists should be put on notice that there is no glory in bashing minorities.

Finally, by their actions you will know them. Their political platform leaves no doubt of their intention to bully minorities and the poor – Voter ID (21st Century Poll Tax), Papers Please laws, racial profiling, English Only, Stand Your Ground laws, and redistricting to neutralize minority voting.

With your vote as your shield and your voice as your spear, you can help defeat the conservatives’ beast of bigotry. As my dear mother used to say, “La union es la fuerza”.