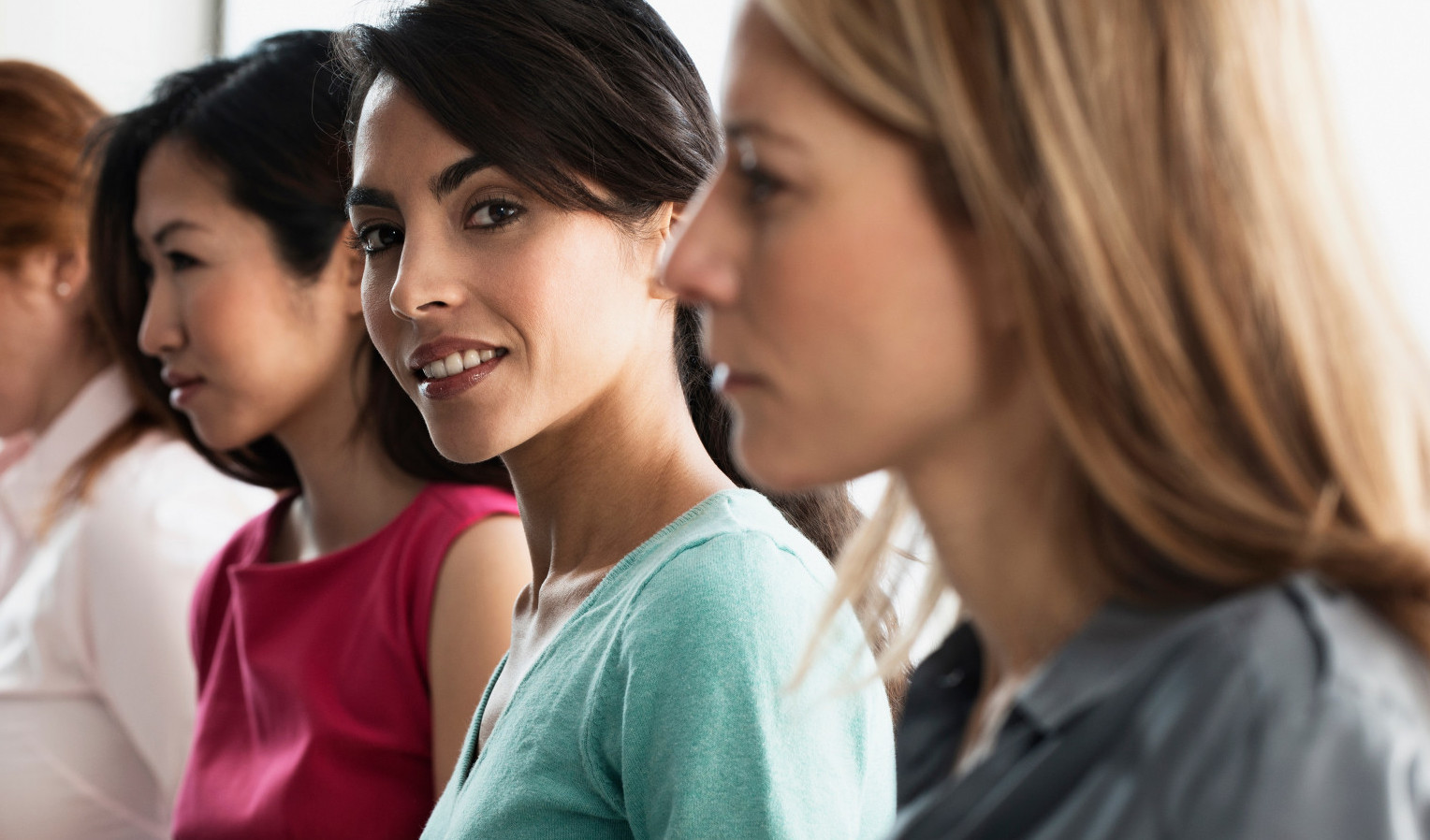 Women of all races and ethnicities working full time, year round in the United States earned an average of only 78 percent of what men earned in 2013, the earliest year for which data are available. While this overall gender wage gap is an important statistical representation of how women take home less money in wages than men across the economy, it is important to consider the specific influencing factors: A number of different things, including race and ethnicity, interact to affect earnings.

When examining the wage gap for women of color, for example, it becomes clear that on average, women of color experience a much greater wage deficit than white women.

Table 1 illustrates the breakdown of the pay gap that women of color experienced compared with non-Hispanic white men in 2013.

But what do these statistics really mean? And how does the gender wage gap for women of color tell a different story than the 22 percent overall wage gap between women and men?

Researchers estimate that a portion of the overall gender wage gap can be attributed to factors such as occupation, differences in hours worked, and time spent in the labor force. These differences are not purely the result of “women’s choices.” They reflect significant structural and economic realities that limit women’s abilities to compete with men in the labor force, resulting in lower pay.

For women of color, the explained factors that contribute to the wage gap are often different that those of white women due to the fact that women of color frequently work in lower-paying jobs, work fewer hours, and experience more substantial caregiving burdens.

The wider wage gap for women of color also raises questions about the combined effects of gender, race, and ethnicity on discrimination, which economists believe is part of the unexplained portion of the gender wage gap.

Where women of color work

In 2014, only 35 percent of black women and 26 percent of Hispanic women were employed in higher-paying management, professional, and related jobs—compared with 48 percent of Asian women and 43 percent of white women.

While one could argue that women of color choose to work in lower-paying service-sector occupations, it is hard to discount the fact that women of color often enter the labor force with significant barriers to success. African American and Hispanic women are significantly less likely to graduate from high school or to get a bachelor’s degree than white women. This places African American and Hispanic women at a disadvantage from the moment they enter the workforce, creating major structural barriers to entering top-earning professional fields.

Differences in work hours—when and how long women work—also contribute to the wage gap. Women of all races and ethnicities are more likely than men to take time out of the labor force to have children or to work fewer hours so that they can care for family members.

Economist Claudia Goldin has found that both low- and high-income workers experience a wage bonus for working long hours and a wage penalty for working fewer hours. Fewer hours mean fewer dollars and lost income for women and their families. Women of color, who are even less likely to work in high-hours occupations than white women, are therefore more likely to lose out on wages. Only 15.5 percent of African American women and 16.9 percent of Hispanic women work 45 or more hours per week, while 25 percent of white women are able to work in such high-hour jobs.

Working fewer hours is not often something that women of color do willingly. Jobs in industries such as food service — where women of color are concentrated — are often hourly jobs in which many workers are part time and schedules are subject to cancellation or alteration on short notice.

Unlike most developed nations, the United States lacks federally mandated paid family and medical leave and paid sick days. These policies allow caregivers to balance family responsibilities with their jobs, and lack of access means that women, who often bear the brunt of family care, have to take unpaid time off work to care for themselves, sick family members, or new children.

The end result is that women lose out on pay, promotions, and other benefits that accrue through tenure in the labor force. When family caregiving responsibilities are coupled with the burden of being a major financial provider, women often lose out even more.

Women of color are particularly more likely than white women to experience the dual responsibilities of providing for a family. Even as they represent a larger share of their families’ income, women of color, particularly African American women and Latinas, are far more likely to be single mothers or single heads of household than their white counterparts.

Overall, while half of all white workers have access to some form of paid family and medical leave, only 40.2 percent of African American workers and 32.6 percent of Latino workers can say the same. Occupations such as food service and personal care, in which women of color are highly represented, are also much less likely to have access to paid sick days.

Unexplained causes of the wage gap

Despite all of these causes, researchers have found that a portion of the gender wage gap is due to other factors. These factors could include the conscious or unconscious gender discrimination that women encounter in their careers. Women of color, who might be subject to both gender and racial discrimination, could experience a double burden.

More robust workplace protections could alleviate the social and economic factors that drive the wage gap for women of color. Policies such as paid family and medical leave and paid sick days would help ensure that women of color are better able to balance work and family; they would also minimize the time women are required to spend outside the labor force caring for loved ones. More robust equal pay laws would help prevent racial and gender discrimination and ensure that women of color can take effective legal action to address discrimination.

However, public policy alone will not close the gender wage gap for women of color. The United States needs to address both the structural drivers behind the pay gap and the persistent cultural biases against women and people of color if it wants to truly affect change for these populations.

Milia Fisher is a Research Associate with the Women’s Initiative at the Center for American Progress.