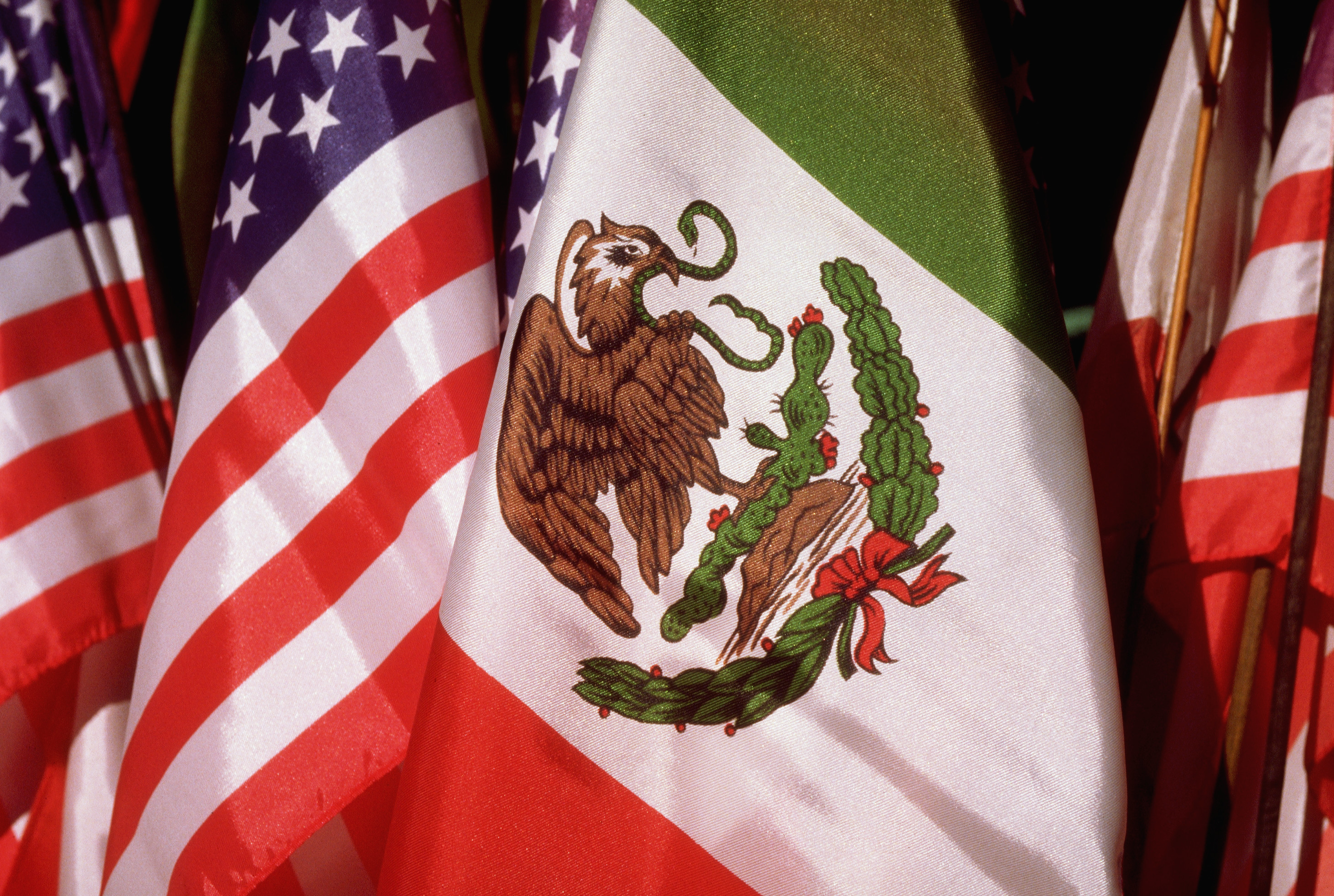 All my life I’ve lived between two worlds.

As a Mexican-American, it’s easy to be confused as to which world you think you should identify with more; I feel undoubtedly Mexican-American when I make tamales or listen to mariachis, but that feeling fades away when I speak broken Spanish.

Spanish might not seem like an important characteristic for all Mexican-Americans, but not knowing it in central Texas—an area where Spanish is spoken all over the region by Mexican-Americans—can surely make you feel like a foreigner.

Although I sometimes feel confused as to which world I belong to, there’s no question I’m first and foremost an American; I’m the product of my Mexican grandparents’ American Dream, I’ve never been to Mexico (besides Cancun, where there are probably more American tourists than Mexicans) and I can’t say certain words in Spanish without revealing my obvious American accent.

Growing up, I always lived in predominantly Caucasian neighborhoods in states that have very low Hispanic populations, thus the majority of my friends throughout my life have been Caucasian. I never really understood that I was any different than my Caucasian friends because we really weren’t. We lived in the same neighborhood, went to the same school, and our parents had similar jobs. We shopped at the same stores, joined the same clubs, and so on.

Even though we had similarities, I knew I was different because I looked different, ate different foods and my parents spoke Spanish to each other. I started realizing I also belonged to another world when my friends and I started hitting puberty, and they would complain about Mexicans whistling at them.

I’d ask, “Mexicans?” and they would say yes, it had to have been Mexicans because it happened at the construction site down the block. When I would respond defensively to their claims—because even at a young age I took offense to and recognized these stereotypes—they would reply with “well, you’re not really Mexican…you know what I mean!”

As a young girl, I wouldn’t argue further when I heard remarks like that, but I’ve always wondered: what did my friends mean? Did they mean that since my dad had a white-collar job, and since I spoke English without an accent like they did, that I must not have been of Mexican descent? What made them assume that all Hispanics were Mexican? Where did these warped stereotypes come from?

It’s not uncommon to find myself in these awkward situations; more recently I found myself the only Mexican-American among a group of Caucasian adults, who, as a result of my presence, were having a very restrained conversation about their “changing” neighborhoods, and their desire to move away because “the demographics” were shifting—which, I inferred, meant more Hispanics were moving in and they wanted to get out.

I feel an inherent responsibility to correct people when they categorize all Hispanics as Mexicans or when I hear an incorrect stereotype because I’m both offended and desperate to try and educate people about this topic. What puzzles me, though, is that although I feel alienated and oftentimes hurt when people make these remarks, I know that the people making them are also just like me. I have more in common with them than Mexicans.

What I’ve learned from living between these two worlds is that how you identify with someone isn’t necessarily based on race or ethnicity, it’s socio-economic class.

Sure, people of the same culture share traditions and practices, but what makes someone truly identify with someone else is sharing a similar lifestyle. A poor Caucasian kid will have more in common with a poor Mexican kid than with a rich Caucasian kid, no matter the cultural similarities or differences between them.

However, not many people look for similarities in people across cultures since our American history includes exclusion of so many groups, including Hispanics.

Even though I sometimes face confusion about my cultural identity, I know that, after all, America is a melting pot. This debate within myself is the product of being fed the incessant mantra that we are truly a multicultural and diverse nation, and I’m sure Mexican-Americans aren’t the only ones in this country who experience this self-reflection.

I believe that this multiculturalism is what America has tried to achieve all along, and I believe that we are supposed to be a melting pot. This realization has made it easier for me to identify myself as Mexican-American; I know I can exist happily between these two worlds, accepting the American part of me as well as the fundamental Mexican part of me.

Sophia Campos is a 21-year-old student at Texas State University.