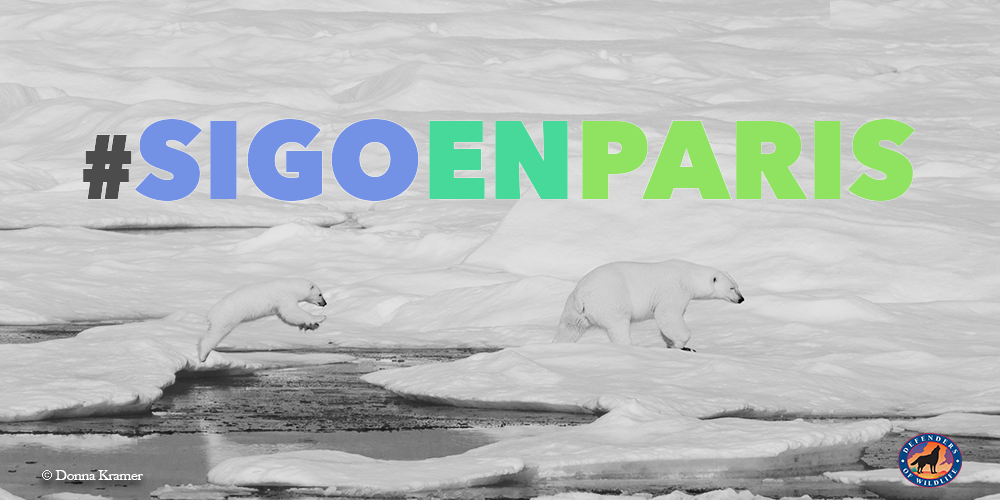 Earlier this month, more than 60 groups joined forces to launch “I Am Still In,” reminding the world that President Donald Trump does not represent the American people on climate.

The League of Conservation Voters’ (LCV) Chispa, the League of United Latin American Citizens (LULAC), Latino Victory Project, Hispanic Federation, National Hispanic Medical Association (NHMA), Voces Verdes, and GreenLatinos, among others, joined an already broad coalition of environmental and progressive groups to announce the launch of “Sigo en Paris,” a Spanish-language version of the “I Am Still In” petition.

The petition sends a clear message to the international community that people across this country, and specifically Latinos, are essential in the effort to make sure that the United States remains a climate leader—regardless of inaction by the Trump administration.

Communities, states, cities, businesses, investors, colleges and universities, and others have stepped up in massive numbers to reject the president’s reckless move to withdraw from the climate agreement. Today, various leading Latino groups sign their name to “Sigo en Paris” in hopes of reminding the rest of the world that meeting the Paris Agreement’s climate goals cannot be achieved without Latino participation—an important segment of the American population.

“Sigo en Paris because it is the right thing to do on behalf of people across the globe, especially communities of color, Latinos, who are directly affected and feel the consequences of climate change,” said Ernesto Vargas, LCV’s Chispa national director. “Latinos have an overwhelming desire for bold action on climate, and we want our government to go all in to protect Madre Tierra. For us, this is a justice issue, a public health issue, a safety issue, and an economic issue—we cannot afford to give up. We must protect the health of our families, our community, and the environment.”

Visitors to the Sigo en Paris website will be able to sign a petition to say they are “still in” and commit to reducing their own emissions; supporting action by states, cities, and businesses; and holding members of Congress accountable.

School Lunch Shaming: A ‘Hidden’ Type of Bullying for Latino Kids
Comment
How low-income moms approach TV for their kids