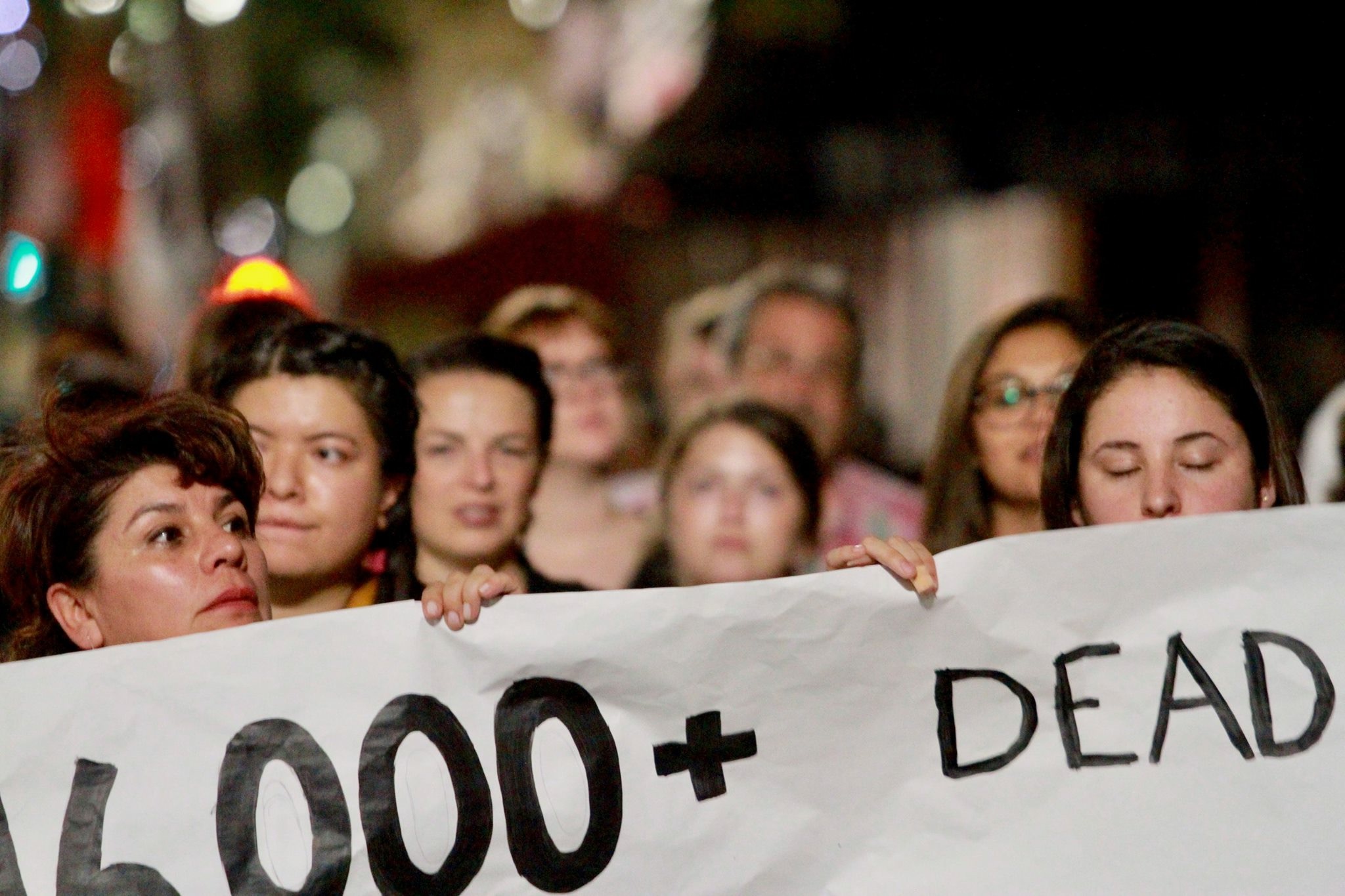 El Paso might be touted as one of the safest cities in the United States, yet on July 25, the city woke up to a terrifying death toll —  4 bodies were found in the Rio Grande. By Thursday, five had been found; many more had been rescued.

In response to this tragedy, The Detained Migrant Solidarity Committee quickly organized a binational vigil. We wanted to commemorate the lives lost, but also bring attention to the exclusionary policies that lead to these tragedies.

The most common reactions I have seen to these deaths, and the deaths of 10 people in San Antonio on July 23, have been of qualified compassion. In both communities, people have come together to mourn these deaths through prayer and vigils.

Despite the pain, or perhaps because of it, I heard people express their shock at the lengths people are willing to take to improve their lives. In retelling the horrific experience as described by survivors, media outlets emphasized the role of predatory smugglers and drivers. For example, the driver from the San Antonio incident has been charged with knowingly transporting people.

These people were certainly vulnerable to human traffickers and smugglers, but U.S. exclusionary policies are at least as much to blame, since they often relegate them to this vulnerable position. The people who died in that river and in that truck likely did not have any legal avenues for migration open to them. If passed, the recently introduced RAISE act would actually eliminate family reunification, the only viable option for some, even if it is a slow, ineffective option for many.

Faced with this situation, these migrants relied on smugglers to travel to the United States. Aware that the U.S. was unwilling to welcome them, they braved the river and the desert in an effort to evade ICE and Border Patrol, not only because they do not have documents, but because they were likely well aware of the law enforcement officials’ reputation for violence.

For every part of their journey, the government’s action or inaction pushed them to accept greater and greater risks, culminating in their deaths.

As long as the U.S. continues to exclude migrants, it will be responsible for all the harm done to these communities. After all, had the 5 people who died in El Paso survived, they would still have had to face further trauma.

232 migrants died crossing the U.S.-Mexico border in the first six months of 2017, but those statistics only account for those who have been found, and often do not track the number of people who survive but are severely injured. The numbers do not include migrants who have lost their lives in Mexico or who might have died upon being deported back to the countries they were fleeing.

They do not talk about the physical and mental toll that afflicts those who are detained in ICE detention or federal prisons. They do not consider those who make it but are pushed into the shadows of our communities, where they and their families are vulnerable to exploitation and discrimination.

If the goal is to decrease harm to and deaths of immigrants, increased border security, harsh enforcement, and decreased avenues of migration are not the solution. The current emphasis on criminalization and enforcement removes any choice people have, instead pushing them to the dangers involved in the only option they see.

The government should instead focus on opening more paths to migration and recognizing the rights and needs of migrants. The lives that have been lost and damaged are irreplaceable, but perhaps future ones can be changed.

Lourdes Ortiz is originally from El Paso, TX, and is part of the Detained Migrant Solidarity Committee (DMSC), a community collective that works primarily with immigration detainees and their families. You can reach her through dmscelpaso@gmail.com. Learn more about DMSC.