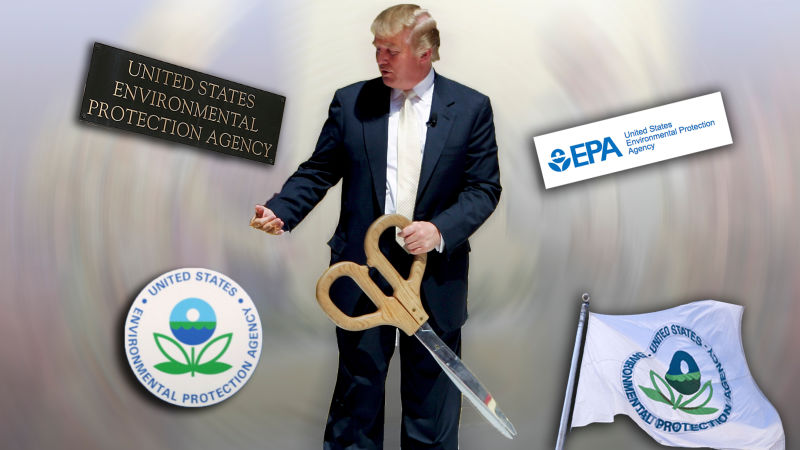 EPA Administrator Scott Pruitt likes to argue that EPA should focus more on its “core missions,” yet he comes to Congress to argue that funding for most of those very missions – such as protecting air and water resources – should be slashed.

Administrator Pruitt also tries to make a virtue out of budget-cutting by arguing that it’s a good thing to force states to take over more of the responsibility for protecting their citizens. Yet under both Democratic and Republican presidents, states have relied heavily on federal funding and a close partnership with EPA for enforcement of environmental laws, research, and public health protection specialists. Administrator Pruitt wants to eliminate a total of 50 programs, and leave the states holding the bag.

Here are just a few examples of the Administration’s budgetary assault on public health:

Millions of Americans depend on state and local air quality monitoring to tell them whether their air is unsafe for children with asthma and seniors with heart conditions. More than 24 million Americans have been diagnosed with asthma, and hundreds of thousands of asthmatic children are rushed to emergency rooms every year. This budget would put them at greater risk.

Almost 30 percent of the funding for state and local air quality monitoring comes from EPA, but the Trump-Pruitt budget would zero out that assistance.

There are more than 1,300 Superfund sites around the country waiting to be cleaned up. Those sites – which can contain mercury, lead, radioactive contamination, and other dangerous chemicals – are typically surrounded by fences with strict “no trespassing” warning signs.

In addition, there are more than 450,000 brownfields sites, which may be less hazardous, but which are still sufficiently contaminated to require clean-up before the property can be reused.

The longer all of these sites sit unaddressed, the greater the danger to communities from continued offsite leakage of pollutants into air and water. Their mere presence in a community can also cast a pall over efforts to stimulate economic growth and to attract new jobs. Employers simply go elsewhere, and neighborhoods wither.

With this toxic legacy hanging over families and communities nationwide, EPA has a special responsibility to ensure that responsible parties help pay for the clean ups, and that the clean-ups are properly designed to ensure that the public and workers will be safe from contamination.

EPA’s enforcement program, which provides technical expertise, cross-border vigilance, and compliance assistance, would be cut by 40 percent under the Trump-Pruitt budget.

Administrator Pruitt’s budget completely ends millions of dollars of funding for cleaning up some of the most iconic waterways in the U.S. – places like the Great Lakes, the Florida Keys, and the Chesapeake Bay. The Administration’s budget has zero dollars for this work.

These are exactly the waterways in which children and families swim, boat, and fish. They are often a source of drinking water for millions of Americans, who will now be at risk from algal blooms, chemical pollution, and other types of contamination.

A lot of water pollution comes from run-off of insecticides, oil and grease, excess fertilizer, and faulty septic systems. This “non-point source” pollution finds its way to the nation’s waterways, including waterways that serve as drinking water sources for 124 million Americans. Of the $160 million that EPA uses to fund clean up of these pollution sources, Administrator Pruitt wants to cut every dime.

In places like Florida and many other coastal states, EPA provides funding to help states monitor recreational beaches for fecal pollution, algal tides, and other sources of dangerous bacteria. For example, not long ago, EPA allocated $495,000 to Florida for this critical work to protect American families’ health. The Trump-Pruitt budget would completely eliminate that funding.

There is no safe level of lead – a known neurotoxin that damages children’s brains for their entire lives.

Over the past 50 years, EPA has made steady progress through lead education, science, and remediation programs. As a result, we have cut blood-lead levels in America’s children by 90 percent.

But the job is far from complete. More than half a million kids in the U.S., a disproportionate number of whom are poor, have elevated lead levels in their bodies – mostly from lead paint and old pipes. The EPA budget would eliminate that work, leaving children and families without the help they need.