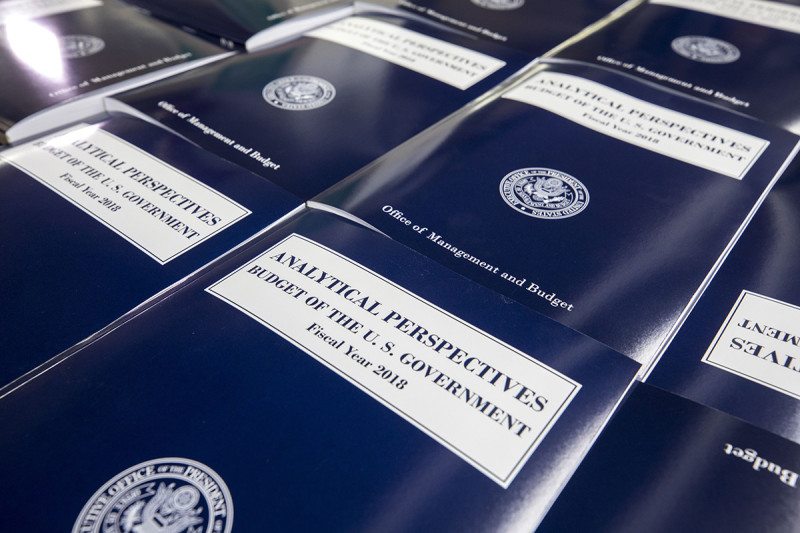 Each year, the U.S. Department of Justice receives more than 10,000 complaints of criminal interference with civil rights. Rather than ensuring that fundamental fairness, equal opportunity, and equal justice are preserved—the basic rights of all Americans—President Donald Trump’s budget would eliminate at least 460 federal personnel dedicated to protecting the rights of Americans. While basic rights would be undermined, Trump’s budget would also ramp up spending on a deportation force, adding an additional $4.5 billion to pursue a costly and inhumane agenda of mass deportation. Here are six ways that President Trump’s budget proposal threatens basic American rights and would undermine the federal programs dedicated to ensuring that Americans’ basic rights are protected.

President Trump’s fiscal year 2018 budget would supercharge immigration enforcement by adding an additional $4.5 billion in funding. But the economic damage from this agenda could ultimately leave taxpayers holding the bag, requiring an annual tax increase of $740 per household just to keep overall revenues constant in a weaker economy.

Pursuing mass deportation would be incredibly costly for the American public: Removing the estimated 11 million unauthorized immigrants living in the country today would lower federal revenues by nearly $900 billion over a decade. Increasing taxes to compensate for this revenue loss would cost the average American household roughly $7,400 over 10 years, or $740 per year. And because the unauthorized population has been in the United States and waiting for a legislative solution for so long, millions of people live in mixed-status families with both authorized and unauthorized members. In fact, under a mass deportation scenario, nearly 1 in 10 U.S. citizen children would lose a family member from their household.

President Trump calls for spending $1.5 billion on additional detention bed space and deportations, $2.6 billion to start building a wall and enhance other infrastructure along the U.S.-Mexico border, and $300 million to recruit and hire new agents. Taken together, the funding amounts to a blueprint for pursuing mass deportation.

At a time when apprehensions at the southern border are near a 40-year low; when the unauthorized population as a whole is declining; when the unauthorized immigrants who remain in the country without status are increasingly long-settled into families and communities; and when the United States already spends more on immigration enforcement than on all other federal law enforcement combined, this additional funding would be unnecessary at best and malicious at worst.

VAWA was strengthened during the 2013 reauthorization process to support targeted programs for populations at increased risk for violence, including Native American women, immigrant women, and LGBTQ Americans. In the United States, 1 in 3 women will experience rape, physical violence, and/or stalking by an intimate partner in their lifetime. While women of all backgrounds can experience violence, low-income women and women of color are disproportionately affected.

President Trump’s budget would eliminate nearly 10 percent of employees from critical civil rights offices across the federal government tasked with upholding the rights of all Americans, resulting in at least 3,226 uninvestigated civil rights abuses. Civil rights offices ensure that students are afforded equal education opportunities, job applicants are not denied work for reasons unrelated to their qualifications, families are not denied housing because they have children, people with disabilities are afforded accommodations that remove barriers to receiving essential services, and many other basic rights are protected every day.

At the U.S. Department of Health and Human Services Office for Civil Rights, complaints have risen by an average of 22 percent each year. In 2015, 167 full-time equivalent staff resolved 20,560 cases. But the Trump budget would cut more than 15 percent of the funding for this office and eliminate nearly 10 percent of its staff relative to FY 2016.

The U.S. Department of Education Office for Civil Rights saw a 75 percent increase in pending complaints between 2009 and 2015. In 2016, 563 full-time equivalent staff oversaw the investigation of 16,720 complaints. Despite the increasing need for funding, the Trump budget would eliminate 7 percent of its staff relative to FY 2016.

The Trump budget calls for eliminating 249 full-time positions at the Equal Employment Opportunity Commission (EEOC) compared to FY 2016 staffing numbers. This could cost workers millions in lost compensation. In FY 2015, the EEOC collected $525 million in relief for employees across the United States.

This cut would mean less justice for employees who are victims of discrimination. The EEOC is the federal agency tasked with enforcing federal laws against employment discrimination on the basis of race, color, religion, sex, pregnancy, national origin, age, disability, and genetic information or family medical history. As many as 1 in 3 women have been sexually harassed at work. Meanwhile, in one poll, more than one-quarter of black Americans and 15 percent of Hispanic Americans reported recent workplace discrimination. Up to 28 percent of lesbian, gay, and bisexual Americans have been discriminated against in their employment, and nearly half of transgender Americans report the same experience.

The Trump administration also calls for essentially eliminating the Office of Federal Contract Compliance Programs (OFCCP) by merging it into the EEOC by the end of FY 2018 and cutting its budget by $17 million, or 16.2 percent, from FY 2016 levels in the meantime. This budget would eliminate nearly one-quarter of OFCCP’s full-time equivalent staff. Instability created by the OFCCP merger combined with the staffing cuts at the EEOC could mean that an average of 18,375 workers per year would not receive financial relief for their discrimination claims, ultimately missing out on an aggregate sum of $10.7 million per year. The OFCCP enforces rules against discrimination by federal contractors and subcontractors on the basis of sex, race, color, religion, national origin, disability, status as a protected veteran, sexual orientation, and gender identity.

President Trump’s budget would cut funding for the Office of Fair Housing and Equal Opportunity (FHEO) by 3 percent, which could result in the agency failing to handle 225 complaints of housing discrimination. Funded at $72 million in FY 2016, this office leads the nation in the enforcement, administration, development, and public understanding of federal housing policies and laws. In 2016, the FHEO employed 514 full-time equivalent staff to carry out its programs, including overseeing more than 8,500 complaints filed through the office and implementing the new Affirmatively Furthering Fair Housing rule. The proposed budget cut may force the FHEO to reduce its staff to 499 full-time equivalents.

Undermines access to justice by eliminating the Legal Services Corporation

The president’s call to eliminate the Legal Services Corporation (LSC) could mean that almost 2 million low-income people would lose legal representation every year, based on how many people were served by LSC-funded programs in 2015. The LSC provides grants to high-quality civil legal aid programs for low-income Americans, funding more than 800 legal aid offices across the United States and its territories. On average, the LSC covers nearly two-fifths of all funding for civil legal aid programs, effectively creating a network of public service jobs while narrowing the justice gap. In addition to expanding access to justice, it is cost effective. Providing legal aid to survivors of domestic violence saved New York $85 million, Pennsylvania $23 million, Massachusetts $16 million, and Tennessee $7.5 million in 2014 and 2015.

LSC grantees closed nearly 33,000 cases related to Social Security Disability Insurance and Supplemental Security Income in 2015, helping thousands of families obtain vital benefits to help alleviate economic stress associated with a disability. Eliminating the LSC would cut off access to justice for 128,000 seniors, 44,000 veterans, and their families, based on 2016 figures.

Without the LSC, advocates and legal service providers would be forced to scale back on caseloads, forcing many of these families to represent themselves or turn to overburdened volunteer attorney programs. The impacts could be particularly harmful in many rural communities, where access to justice is especially limited. The LSC has developed a Rural Summer Legal Corps to expand access to justice in these locations.

Click here to see how these cuts would affect each state.

The Trump budget’s severe cuts to civil rights enforcement would limit recourse for American families who are treated unfairly—by employers, schools, landlords, and lenders—or whose voting rights are curtailed. When civil rights enforcement offices lack the resources necessary to defend the basic rights of Americans, the burden falls on victims of discrimination to hire a private attorney and defend their rights in court at great expense. Adding insult to injury, these same taxpayers would be expected to foot the bill for President Trump’s unnecessary and inhumane mass deportation agenda. The American people deserve a budget that ensures their tax dollars go to a government that upholds their basic rights rather than violating them.

Sharita Gruberg is the associate director of the LGBT Research and Communications Project at the Center for American Progress. Philip E. Wolgin is the managing director and Tom Jawetz is the vice president for the Center’s Immigration Policy team. Jamila K. Taylor is a senior fellow at the Center. Danyelle Solomon is the director of Progress 2050. Frank J. Bewkes is a policy analyst for the LGBT Research and Communications Project. Michela Zonta is a senior policy analyst for the Center’s Housing and Consumer Finance Policy team. Jackie Odum is a research associate for the Poverty to Prosperity Program. Harry Stein is the Center’s director of fiscal policy.