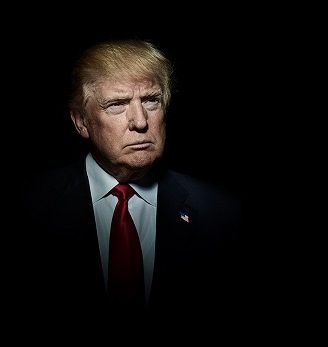 Ending the Deferred Action for Child Arrivals program was a serious mistake that will harm the United States and will spark a national political crisis.

Approximately 800,000 young immigrants who qualify for DACA have come forward over the past five years to register with the government, provide biometric identification and submit to criminal background checks. In return, they were granted temporary relief from deportation and can work legally and live in the United States. They are required to renew their permission to stay every two years.

Those who arrived in the U.S. as children have few if any other options to pursue higher education, careers and financial stability. DACA is a lifeline for individuals who have grown up in the U.S. but who lack immigration papers.

After five years, these young American residents are an integral part of our economic and civic life. They are essential to our communities, serving as doctors, lawyers, nurses, teachers and parents. In eliminating DACA, national gross domestic will suffer an estimated $433.4 billion loss over the next 10 years; federal tax contributions to Social Security and Medicare will lose $24.6 billion in over a decade; and businesses will pay $3.4 billion in unnecessary turnover costs.

That is why 132 prominent CEOs and business leaders recently wrote to President Donald Trump, urging him not to kill DACA. Ending it puts an estimated 1,400 young people out of work each day for the next two years. This is a self-inflicted wound our economy doesn’t need.

Punishing individual immigrants who are deeply embedded in American communities is not the mandate Trump was given when he was elected. Recall that the Congressional Hispanic Caucus, Democrats and the pro-immigrant movement fought hard against a Democratic president, Barack Obama, to win DACA in the first place. I was arrested twice in demonstrations in front of the Obama White House in the push for DACA.

The law has withstood legal challenges, and it is working exactly as it was designed. I am confident my caucus and Democratic colleagues will fight a Republican president to defend DACA, in the courts, through legislation, community by community and deportation by deportation if necessary.

And Republicans, too, will face serious political consequences over the law’s end. The party typically needs a lot of Democratic votes in the House to make up for the fact that Republicans are so deeply divided on spending, debt – and whether the government remaining open is a good thing. And with the fiscal year ending on Sept. 30, this is usually the time of year that Republicans come looking for those votes to avoid another embarrassing government shutdown.

If Republicans need our votes this time, they should be aware that my vote and the votes of my colleagues come with a big condition: If we give them our votes, about 800,000 immigrant youth are coming with us.

There are a number of bills to resolve the disposition of undocumented youth, including two on which I have been the leader: the American Hope Act (HR 3591) to legalize immigrants who arrived as children, and the bipartisan BRIDGE Act (HR 496), which I introduced with Colorado GOP Rep. Mike Coffman to extend DACA protections for three years so Congress can pass a permanent solution.

Finally, there is the DREAM Act of 2017, bipartisan legislation in the House and Senate that I support and that would give immigrant youth a path to eventual citizenship. So far, House Speaker Paul Ryan of Wisconsin and Senate Majority Leader Mitch McConnell of Kentucky have not allowed votes. Now, with the DACA crisis upon us, perhaps the American people can convince Republicans that they should allow Congress to vote on how we incorporate immigrant youth into our society.

Barring that, this action by Trump is further evidence that his administration is now on a very dangerous trajectory towards the full-throated endorsement of white supremacy – the likes of which we haven’t seen in the open from a sitting president for a century.

Trump followed up his weak and insincere response to racist violence in Charlottesville, Virginia by pardoning notorious convicted racist Joe Arpaio, the former Maricopa County, Arizona sheriff, and condoning Arpaio’s abuse of official power in defiance of federal law and court orders. Trump praised those who marched at the University of Virginia with torches shouting “Jews will not replace us,” and, in July 2015, he launched his campaign by saying Mexican immigrants are rapists and murderers.

But this action on DACA – to pull the rug out from under almost 800,000 documented immigrants and cast them back into the shadows – is the ugliest act of appeasement so far for the far-right’s white-supremacist goals.

It has not gone unnoticed.

Luis V. Gutierrez represents the 4th Congressional District of Illinois, is a member of the Judiciary Committee and is the chair of the Immigration Task Force of the Congressional Hispanic Caucus.