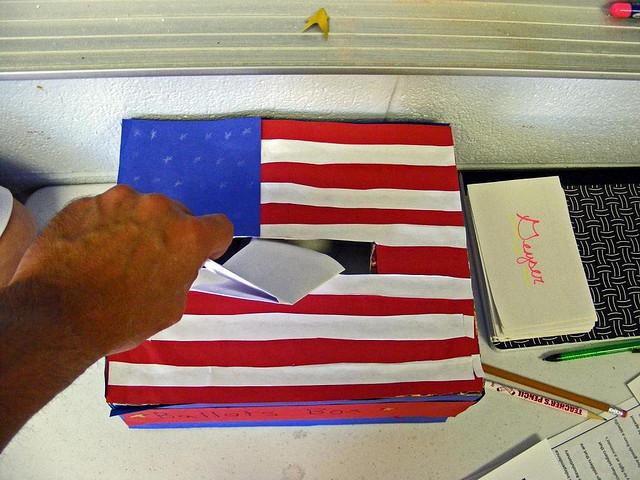 When a California middle school’s election results didn’t reflect the diverse demographics of the student body, Principal Lena Van Haren saw it as a teaching opportunity.

She held on to the results for more than a week until she could engage the candidates in a discussion about how to ensure underrepresented groups were heard, causing an uproar among parents who argued it was at the expense of democracy, the Associated Press reports.

The majority of the 500 students at the San Francisco middle school are Hispanic, and most of them are native Spanish speakers, Van Haren said. However, the majority of the students elected were white, Asian or of mixed race, and no Hispanic students were chosen for the top four slots – president, vice president, treasurer and secretary.

“It’s not OK for a school that is really, really diverse to have the student representatives majority white,” Van Haren told the San Francisco Chronicle earlier this week. “The easy thing would have been to announce the results and move on. I intentionally did not choose the easy way because this is so important.”

Van Haren said she never planned to change the results but thought it wise to talk to her students about adding more positions on the council for underrepresented students groups.

“I feel really strongly that it’s not just about having a diverse student council so it looks nice,” she said. “I as principal want to elevate student voices and see how they are experiencing school. If I’m missing certain groups, I’m not going to get a clear picture.”

But was withholding the results the best way to go about it? Van Haren is second guessing herself after parents accused her of elevating an agenda of social justice above the democratic process. One parent told the newspaper the principal’s good intentions “got in the way of common sense.”

Others have voiced their support for the principal’s desire to turn a simple school election into a bigger discussion about having representation for the underrepresented – an issue the students face in the real world.