Latina Lista: News from the Latinx perspective > Local News > South > A film that is the sum of its “Spare Parts”

A film that is the sum of its “Spare Parts” 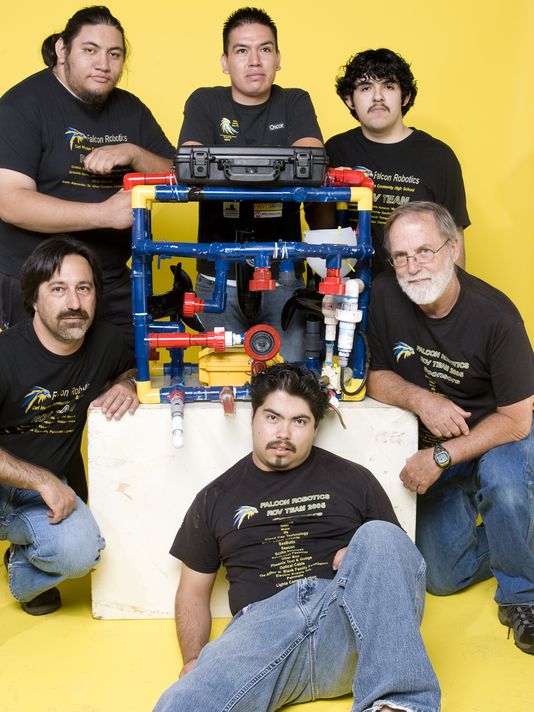 Popular Latino actor George Lopez has spent the better part of two years bringing an inspiring story to the big screen. Spare Parts, scheduled for release later this month, is based on the true story of four undocumented high school students from Phoenix, Arizona who compete in an underwater robotics project. This competition, sponsored in part by NASA, required students to build a robot that could survey a sunken mock-up of a submarine.

The students were enrolled at Carl Hayden Community High School in West Phoenix when computer science teacher, Allan Cameron, posted a flyer offering to sponsor anyone interested in competing in the nationwide robotics event. Lorenzo Santillan, Cristian Arcega, Oscar Vazquez, and Luis Aranda had all come to the US under difficult circumstances but were inspired by this teacher to dream big and create something that would ultimately place them head-to-head against some of the most brilliant scientific brains from our country’s premier engineering school, the Massachusetts Institute of Technology (MIT).

What made their success story all the more implausible were the meager resources these students had to draw from. After pooling their money and hitting up friends and family for donations, the students managed to collect around $800. Meanwhile, the MIT team, which was composed of six ocean-engineering students, four mechanical engineers, and two computer science majors, was flush with four-figure donations from ExxonMobil and other large corporations and had a total budget of over $11,000.

“Making do” became the student’s mantra and they succeeded in using plumber’s glue and PVC pipe to replace the special flotation foam that was considered the industry standard for underwater mechanical devices. Problems with a leaky control box were solved using super absorbent tampons.

While Spare Parts was based on real-life events, it was inspired by a 2004 article by Joshua Davis that first appeared in Wired magazine. “While other teams machined and welded metal frames” wrote Davis, “the guys broke out the rubber glue and began assembling the PVC pipe. They did the whole thing in one night, got high on the pungent fumes, and dubbed their new creation Stinky. Lorenzo painted it garish shades of blue, red, and yellow to designate the functionality of specific pipes. Every inch of PVC had a clear purpose. It was the type of machine only an engineer would describe as beautiful.”