A Political Breakthrough For Latinos in Waterbury, CT? 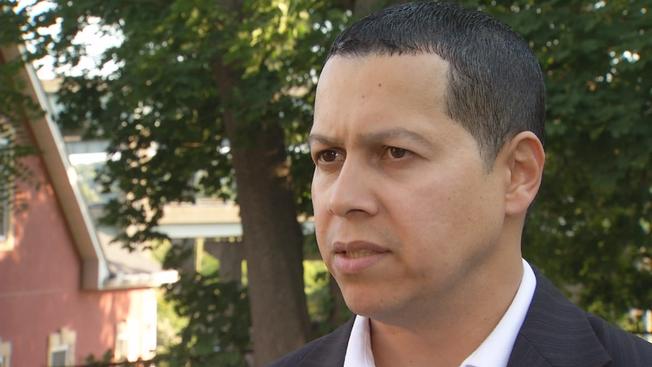 When Republicans in Waterbury asked Jose Morales, a former Democrat, to be their candidate for mayor, he quickly seized the opportunity and became the first Hispanic to seek this post in the city’s history.

” I did not hesitate to say yes, it was very natural,” said the Puerto Rico-born Morales. “I believe God put me there,” he said of his being tagged less than a day before the local Republicans convention to pick up the baton dropped suddenly by the expected nominee.

Morales, who has lived in the same downtown apartment since he came to Waterbury, expressed pride in being a Waterbury resident and is confident he is the right person to help revitalize a city burdened with economic difficulties and one of the highest tax rates in the state, while still wearing the scars of a troubled political history. “I want to show people that here is a guy you can trust,” said Morales, who is a state court marshal in Litchfield County and operates a music promotion company.

Morales, who left Puerto Rico when he was 15, said he happy to be the first Latino to run for mayor, but hesitates to label himself a pioneer. Moreover, he does not want to assume “the Hispanic candidate” label exclusively. “I intend to reach out to everybody, not just Latinos,” he states.

Still, even the Democratic candidate, incumbent Mayor Neil O’Leary, has said in a television interview that having a Hispanic run for mayor in a city of growing diversity is a good thing and should improve involvement in politics for many residents.

Since Morales moved to the city, the Latino population has…

Finish reading A Political Breakthrough For Latinos in Waterbury, CT?

Connecticut, featured, Latino politics
Previous Post Crowdfunder: Creating safe environment for children of Peruvian village damaged by floods
Next Post‘Visions From The Inside’ Taps 15 Artists To Illustrate The Letters Of Detained Migrants

Crowdfunder: Creating safe environment for children of Peruvian village damaged by floods
Comment
‘Visions From The Inside’ Taps 15 Artists To Illustrate The Letters Of Detained Migrants