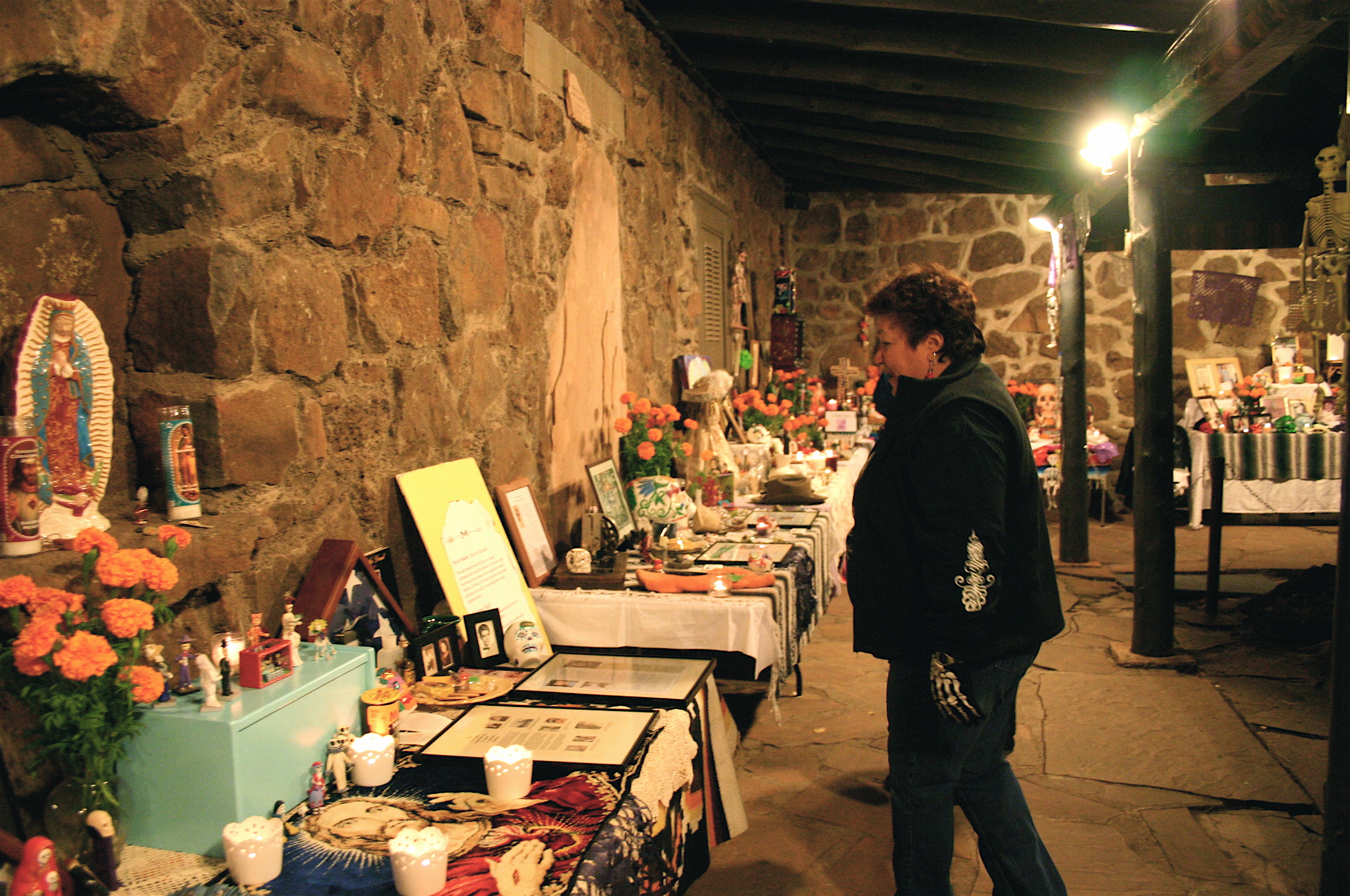 As Armando Gonzalez and Theresa Thomas tell it, about a dozen years ago Flagstaff’s Latino community seemed on the verge of losing another part of its cultural identity.

The local ballet folklorico group was in need of funds for costumes to continue to entertain the public. Meanwhile, the number of Latino cultural activities in the region continued to decline.

It was on a trip to San Francisco’s Mission District that Gonzalez got an inspiration.The area annually celebrated Día de los Muertos / Day of the Dead, a time to remember those who have passed before and seek their blessing for the future.

“It was pretty cool, pretty electric,” Gonzalez said. “So when I was with ballet folkorico we wanted to do something different and so we decided to do Día de los Muertos.”

A fundraiser soon followed in the basement of the old J.C. Penney’s building, now known as the Old Town Shops.

For the next two years Día de los Muertos celebrations followed annually at then-Sinagua High School, before finding a new home and name in 2003.

So began the annual Celebraciones de la Gente, which returns for its 10th anniversary on Oct. 26-27 at the Museum of Northern Arizona.

Thomas, president of Flagstaff Nuestras Raíces, can’t believe how the celebration has grown over the years, but with the group’s partnership with the museum, the event has developed from a handful of altars to nearly two dozen in the historic Jaime Major Golightly Courtyard; folklorico and mariachi performances; jewelry and other arts and crafts vendors, and talks on the Latino community in the region and the nation.

“I don’t think in the beginning we thought this would go on every year, but as we got more participation we saw how successful it was,” Thomas said. “When we heard from people from Phoenix and Tucson who came up here and said they wanted to make their own event, we saw it was successful.”

“This festival is a great opportunity for our local Hispanic neighbors to become a part of how we share and celebrate local history with our community,” Robert Breunig, museum director, stated in a media release.

Anne Doyle has been organizing the museum’s Celebraciones efforts for the past eight years. She coordinates all the marketing with media locally and as far away as Phoenix, along with coordinating activities during the entire weekend with the museum’s 40-person staff.

Prior to the launch of Celebraciones, the museum had hosted a mask-making program with Carmen and Zarco Guerrero, she said. But it was the partnership with Flagstaff Nuestras Raíces that helped the event to bring more local community members to the museum…

ballet folkorico, Dia de los Muertos, Hispanic Heritage Month
Previous Post How one Latina is taking over Vine
Next PostGuest Voz: Pressure to pass immigration reform is "stronger than ever"

How one Latina is taking over Vine
Comment
Guest Voz: Pressure to pass immigration reform is "stronger than ever"