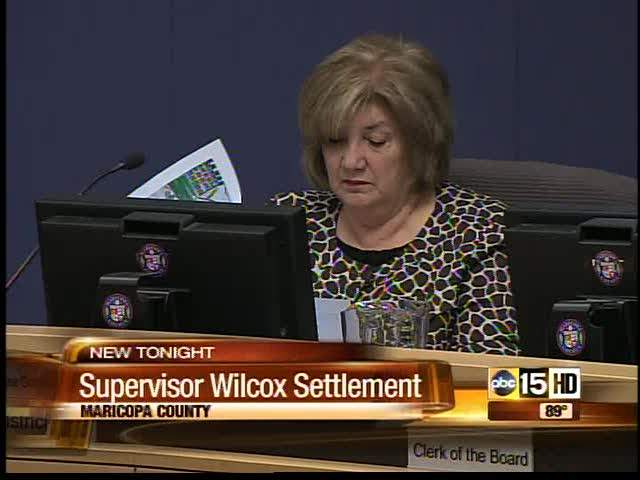 WASHINGTON – A federal appeals court ruled Monday that Maricopa County must pay former County Supervisor Mary Rose Wilcox $975,000 to settle her claims that the sheriff and a former county attorney harassed and intimidated her.

The ruling by a three-judge panel of the 9th U.S. Circuit Court of Appeals upheld a lower court’s decision in the case, which stemmed from what Wilcox called a “baseless criminal investigation” that led to indictments against her that were later dismissed.

“Today’s 9th Circuit Court ruling is a victory for anyone and everyone who has been abused by Sheriff Joe Arpaio and the disgraced former prosecutor Andrew Thomas,” Wilcox said in a prepared statement on the case.

Arpaio’s office declined comment, saying in an email that the dispute on payment is between Wilcox and the county attorney and county treasurer.

But county spokeswoman Cari Gerchick said the treasurer’s office is not involved in the suit, which is between the county board of supervisors and Wilcox, a board member until she resigned last week to run for Congress.

“We are reviewing the proceedings and evaluating our options,” Gerchick said Monday.

But Colin Campbell, an attorney for Wilcox, said he does not expect the county to pursue further appeals in the case.

“This is a complete win for Mary Rose Wilcox,” Campbell said in a phone interview.

Wilcox was one of several people, including other supervisors, who claimed Arpaio, Thomas and their offices sought to retaliate against them by initiating “baseless” criminal investigations. In Wilcox’s case, she said investigators “falsified the law and evidence, and falsified the application of the law to the evidence to justify an investigative report” recommending she be prosecuted, according to court records.
Criminal indictments were filed against Wilcox in 2009 and 2010, but were later dismissed.

The targets of those investigations, meanwhile, filed suits against the county. County officials, faced with the possibility that “a hundred or more people might pursue such claims, potentially costing the county millions of dollars,” directed County Manager David Smith to find alternative ways to resolve the claims, the appeals court said.

Smith appointed Christopher Skelly, a retired judge, to help mediate the claims, including Wilcox’s. In an April 9, 2012, email to Campbell, Skelly offered the $975,000 settlement of Wilcox’s claim, “subject to further approvals deemed necessary by the parties.”

Campbell accepted the offer, but Wilcox was not paid.

At a hearing before U.S. District Judge Neil Wake in May 2012, Smith said he believed the “further approval” comment by Skelly referred to a state statute that requires approval by a second county supervisor, and the treasurer, for a claim made by another supervisor against the county. But Smith told Wake, and the county agreed, that that section of the law did not apply in this case.

Wake called Smith’s testimony “credible in every respect,” according to court documents, and ordered Wilcox paid in a June 2012 ruling.

On appeal, the county claimed that those emails and testimony were privileged under state law and therefore inadmissible in the district court. But the circuit court panel said the evidence was admissible under federal rules, which governed in this case, and that the state had waived any claim to privilege under federal law.

While county officials are considering their next step, Wilcox was considering it a closed case Monday.

“Today we are heartened that this sad chapter is finally over and we can get on with our lives,” her statement said. “Today’s ruling is not a victory for us – it is victory for every Arizonan who depends on the rule of law.”