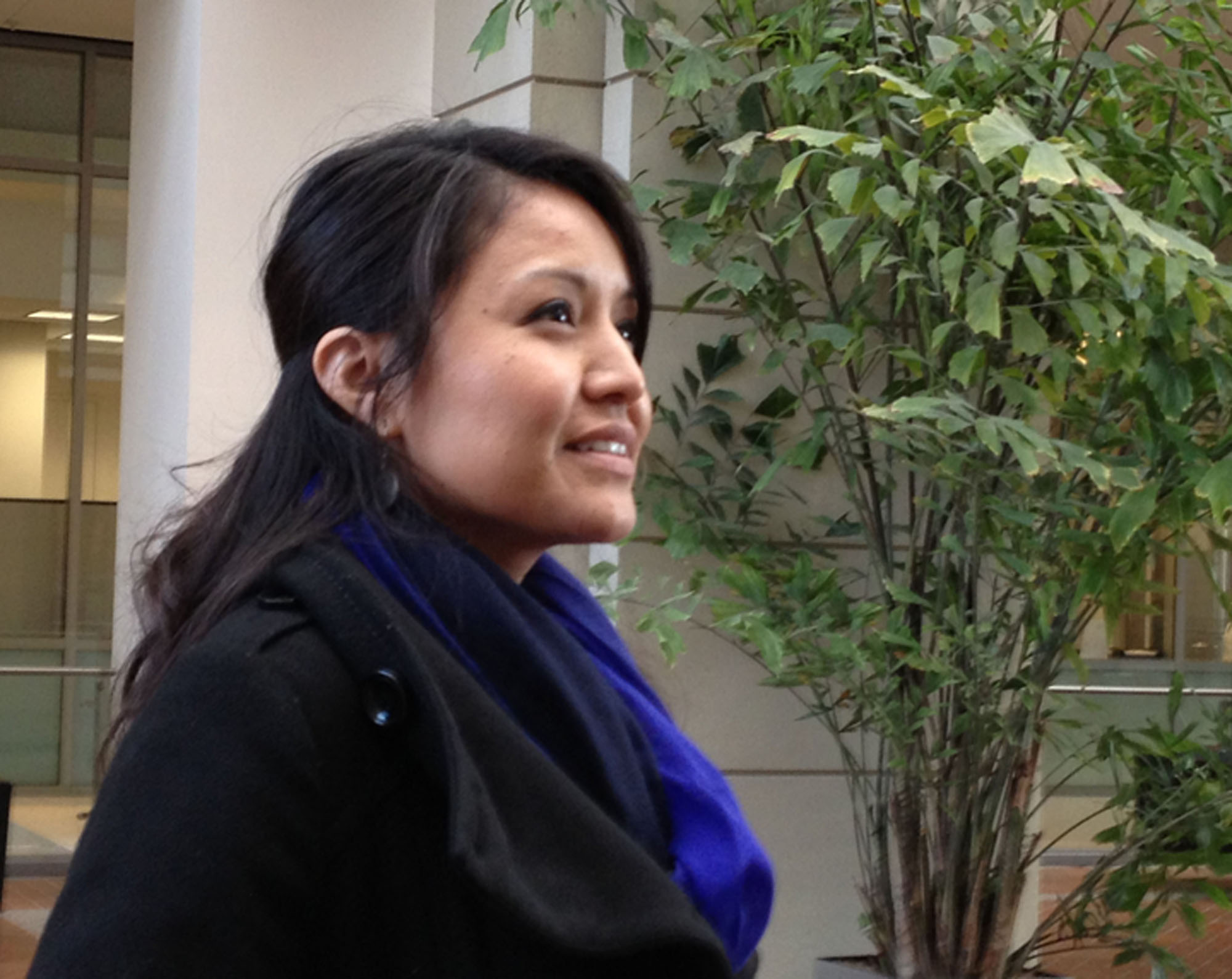 WASHINGTON – Amanda Blackhorse said things have changed since a 2005 game between the Kansas City Chiefs and the Washington Redskins, when she and other protesters faced fans’ verbal abuse for having the audacity to suggest that the teams’ names were racist.

Today, Blackhorse has President Barack Obama on her side. And half of the U.S. Senate, as well as tribes, organizations and publications, all of whom have said the name Redskins is offensive. And, most importantly, a board of the U.S. Patent and Trademark Office, which ruled last week that the name is derogatory and the team can no longer hold a trademark to it.

“This is not just a Native American issue anymore,” said Blackhorse, a Navajo from Kayenta.

But that’s the way it felt in Kansas City in 2005, the first time Blackhorse had seen a professional football game in person.

“All we did was stand there, hold signs, march, and that was it,” Blackhorse said, but several fans mocked the group with racist slurs and told them to go back to the reservation.

Blackhorse said she did not have a passion for the cause until then. A year later, she joined five other Native Americans who filed a challenge to the Washington team’s name with the Patent and Trademark Office. They challenged six team trademarks that use a version of the word redskin, citing a law that says disparaging terms cannot be trademarked.

The office’s Trademark Trial and Appeal board agreed June 18, cancelling the trademarks.

The team has vowed an appeal, during which time it will still hold its trademarks to the team name. Even if it loses its appeal, the team can still use the name – it just cannot prevent others from profiting from it.

Bob Raskopf, the team’s trademark attorney, declined to be interviewed for this article, and representatives for the team did not immediately respond to requests for comment.

But in comments after the decision was handed down, Raskopf noted that the team has been down this path before. A different group of Native Americans won a trademark case against the team on the same grounds in 1999, but that decision was overturned by the courts.

Raskopf said this case is exactly the same and may even be better for the team, since the trademark board this time was split in its ruling.

Several Native American organizations, including the National Congress of American Indians, the Navajo Nation and the Inter Tribal Council of Arizona, have gone on record against the Redskins name, arguing that it is offensive and appropriates their culture for profit. Fifty senators in May signed letters urging the team to change the name and House members, including the District’s delegate to Congress, have asked for a new name.

Besides, she said, it’s not about who supports the name but who is offended by it.

“What we really should be looking at are the people who are offended,” she said. Even if that is only 5 or 10 percent of the population, “that should be enough,” Blackhorse added.

“What more do we need to do to make them understand?” she said of the team.

Even if the opponents ultimately win their trademark case, Blackhorse acknowledges that the Redskins can still keep using the name. But the case would still be a milestone.

“The greater victory is that they do not deserve federal protection,” she said.

Blackhorse said it was because they found the name so offensive that she and the other plaintiffs chose to target the Washington Redskins first – as opposed to the Chiefs, the Cleveland Indians or any number of other professional teams with tribal mascots. But that does not mean the other teams are off the hook in her eyes.

“You can love Native Americans and not have anything against them, but yet your fans will do very bizarre rituals in these games that are very stereotypical of Native American people,” Blackhorse said.

“The headdress, the war paint, that’s what I have a problem with,” she said. “No matter how well … you try to stage this sort of thing, you’re always going to have that outcome.”

Fighting the Redskins
A timeline of the cases that have challenged trademarks on the word “Redskin.”

(Featured Photo: Kayenta resident Amanda Blackhorse began her fight against the Washington Redskins and what she considers its racist name in 2006. Opponents of the name won a victory this month, when the U.S. Patent and Trade Office agreed the name is disparaging. Cronkite News Service photo by Michelle Peirano)

1992: Seven Native Americans petition the Trademark Trial and Appeal Board of the U.S. Patent and Trademark Office to cancel the trademarks.
1999: The board rules for the seven Native Americans in that case, Harjo v. Pro Football Inc., saying the name is offensive.
2003: A U.S. district court reverses the decision, saying it was not supported by evidence and the defendants waited too long to file their suit.
2005: A federal appeals court sends the case back to the district court to determine if one of the plaintiffs is barred by “laches” – waiting too long to file suit.
2006: Six different Native Americans, including Amanda Blackhorse, file a new petition with the TTAB
2008: The district court declines to reconsider its 2003 decision in Harjo.
June 18: The board finds in favor of Blackhorse and her fellow plaintiffs, canceling the team’s trademarks. The team has vowed another appeal.

Film Review: DOCUMENTED is an emotional journey that puts a face and feelings to the immigration issue
Comment
New Toolkit to Help Reach Latinas with Culturally Relevant Breast Cancer Info