Arizonans join those urging White House to include immigrants in debate 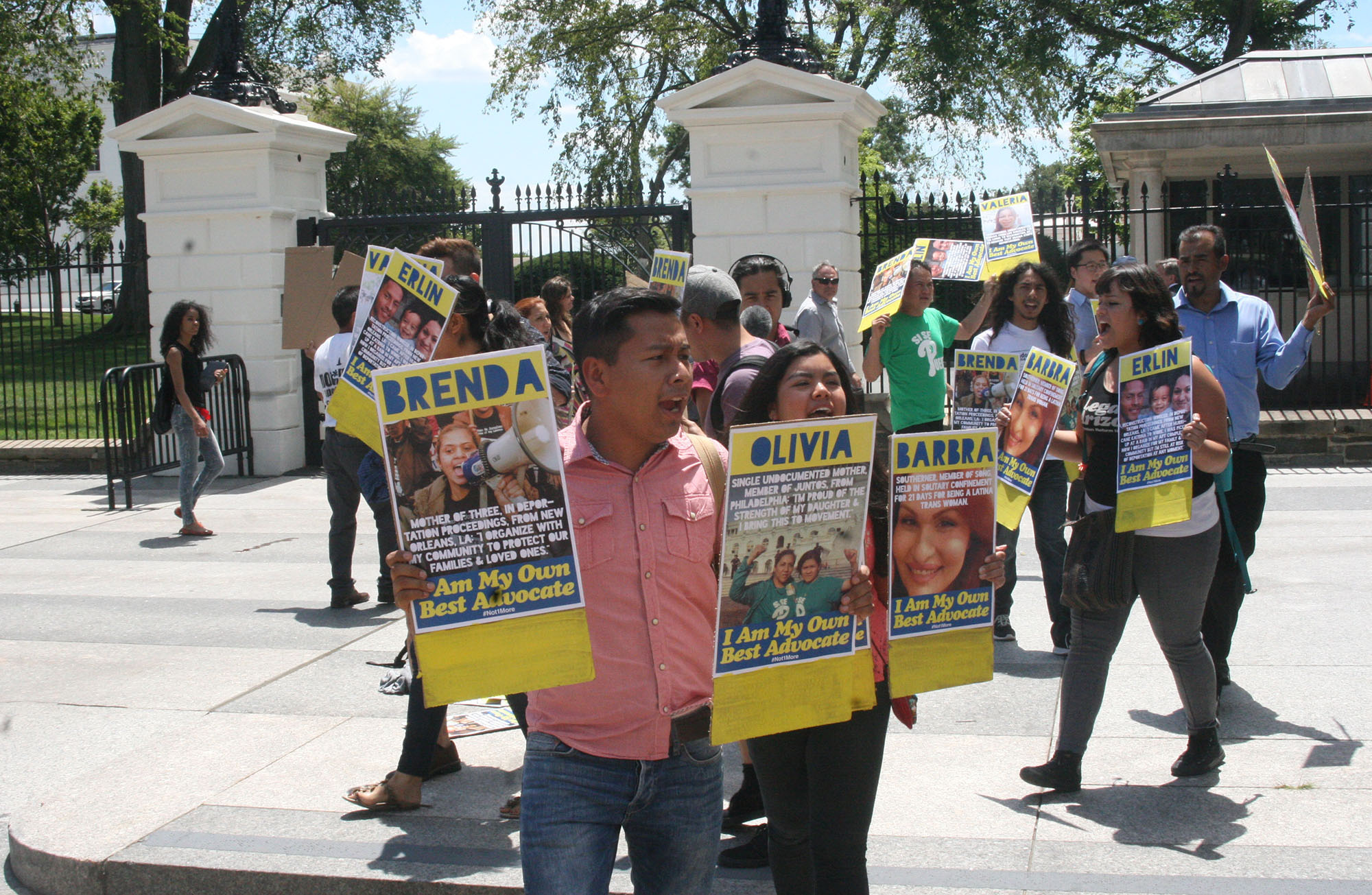 Torres was one of a number of protesters outside the White House Monday urging the president to include immigrant voices at the table during any policy meetings, arguing that there should be “no negotiation without representation.”

Torres, an undocumented immigrant who has lived in Phoenix for more than 20 years, said there are immigrants here illegally who are “willing and able to be at the table,” but that so far none have been included.

“In all these meetings that they have been having at the White House about the immigration issues and all that, the undocumented people haven’t been invited to the table,” Torres said. “We wanted to be invited, we wanted to be involved.”

The protest was organized by the National Day Laborer Organizing Network as part of its “Not One More” campaign, which aims to end deportations and what it calls unjust immigration laws.

The protest brought out about a dozen representatives from different groups who chanted and waved signs for less than an hour, drawing the occasional quizzical look from passing tourists and workers on lunch breaks.

“The main thing we want right now is to stop the deportations of the people,” Torres said. Once that has been accomplished, they can start talking about the next steps toward “better immigration reform,” he said.

The protest was not the group’s only action Monday – protesters also took their message earlier in the day to other advocacy groups that have been included in meetings on immigration policy.

Those visits – to the National Immigration Forum, the Center for American Progress and other organizations – asked those groups to stand with undocumented immigrants and boycott the meetings until those affected by the policies are included as well, one protester said through a megaphone.
“No more meetings about us, without us,” the protesters chanted. “Nobody represents us, we represent ourselves.”

The protesters included undocumented individuals from a variety of groups around the country, said Jerssay Arredondo, an undocumented immigrant who has lived in Arizona for most of his life. They came to “call out Obama and these organizations that are having these meetings,” he said.

“Obama is holding these secret meetings with these groups that claim to represent us, but there is no one at the table that is directly affected,” he said.

Arredondo said including undocumented immigrants at the table would show “what immigration looks like to us.”

Featured Photo: Protesters rally outsider the White House to demand that undocumented immigrants be included in negotiations on deportation and immigration reform, arguing that they are their own best advocates. (Cronkite News Service photo by Julianne DeFilippis)