Black and Latino: The Challenges of Dual Identities 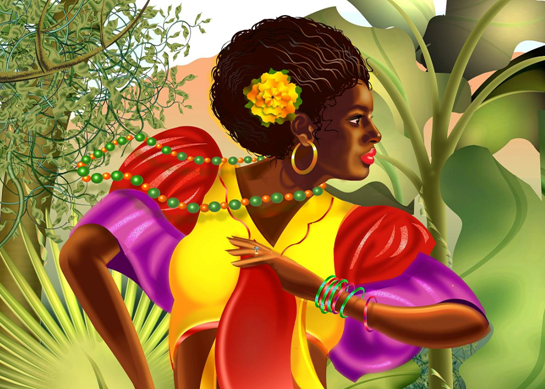 In the 1950s, legendary baseball player Roberto Clemente had to confront racist attitudes both inside and outside the locker room after coming to the United States from Puerto Rico. It was a stigma that he had not known back home, according to his biographers.

One wrote, “Even as a dark-skinned Puerto Rican, Clemente never knew of the existence of racism before coming to the U.S. mainland. He would tell reporters that he learned that dark skin ‘was bad over here’.” (David Maraniss, Clemente: The Passion and Grace of Baseball’s Last Hero)

Young people interviewed by CTLatinoNews say that times have changed, that stigmas against dark skin in the United States have greatly diminished. Now, the color of your skin seems far less consequential than what language you speak.

“I was in the Spanish cluster because I didn’t speak English when I first came from D.R.,” said Dahian Rodriguez, describing his experience at Hartford’s Kirk Middle School.

Today, Rodriguez speaks excellent English, and as a nineteen year-old student at Goodwin College in East Hartford, he talks as if all cultural lines have vanished. “From what I have seen so far, everything is diverse,” he said. “I have white friends, black, Asians, actually.”

17-year old Hartford High school student Chabely Nunez, also Dominican, feels similarly about the absence of barriers and labels: “I get along with everybody; I never choose one over the other.”

CTLatinoNews asked a third Dominican student, Massiel Astacio, whether she has experienced any kind of prejudice or bias. “Not that I have been aware of or noticed,” she replied. “I don’t think that I have experienced that, thank God.”

Whether the experiences of teenagers give the whole picture is an open question. In some parts of the United States, looking black can affect first impressions because visually it implies having multiple generations of family in this country, while “looking Latino” can signify foreign-ness.

At the same time, those with multiple identities are able to relate to different groups of people…

Finish reading Black and Latino: The Challenges of Dual Identities

The Houston Astrodome: The Saga Continues
Comment
Too few Latinos in the running for Golden Globe honors — otra vez!