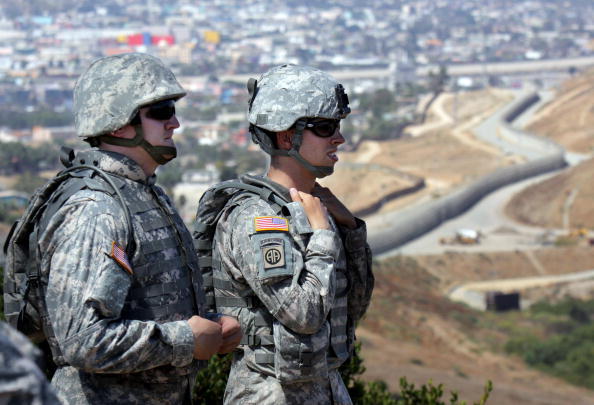 McALLEN, June 21 – Border reaction to the Corker-Hoeven amendment to the Senate immigration reform legislation has been swift and almost entirely negative.

The amendment calls for an additional 20,000 border patrol agents, increased drone surveillance, and completion of 700 miles of border fencing at an estimated cost of $48 billion over ten years.

“An additional 20,000 Border Patrol agents – is like putting more money into fencing, it is ridiculous,” Monica Weisberg-Stewart, chair of the Texas Border Coalition, told the Guardian.

“You do things more strategically. We are not against giving more money to Border Patrol but it should be based on what the needs are, not just throwing out figures. They are spending money in the wrong places just for show. We have the right amount of Border Patrol agents but they need more technology.”

The Texas Border Coalition represents border mayors, county judges and economic development leaders from El Paso to Brownsville. The group wants to see more resources for the men and women in blue – Customs and Border Protection – rather than those in green – Border Patrol.

“Constantly, Washington is missing the boat on comprehending the true needs of the border. They seem to make policy on sound bites and what people in mid-America think instead of truly comprehending the real needs,” Weisberg-Stewart said.

The amendment causing a stir on the border was unveiled Thursday by U.S. Sen. Bob Corker of Tennessee and U.S. Sen. John Hoeven of North Dakota. It has the support of the so-called Gang of Eight U.S. senators who fashioned the Senate immigration reform bill.

The Corker-Hoeven amendment would almost double the current number of Border Patrol agents to 40,000 and require completion of 700 miles of border fencing. This would have to happen before the 11 million or so undocumented immigrants in the U.S. could start to become legalized. The cost of the additional Border Patrol agents would cost about $30 billion.

“It is almost overkill,” Corker admitted.

Fernando Garcia, executive director of the Border Network for Human Rights, denounced the Corker-Hoeven amendment. “This is an outrageous plan that was struck without consulting with people who live and work on the border. It only adds to a system that we all agree is dysfunctional and accountable to the people,” said Garcia, who is currently on a caravan across Texas to boost support for comprehensive immigration reform with a pathway to citizenship.

“The most obscene element of the plan is that it would create a militarized border between allied nations where there is no military conflict. We remind the senators that more than six million people live on the U.S. side of the border and this plan puts their rights, lives and prosperity at risk,” Garcia added…