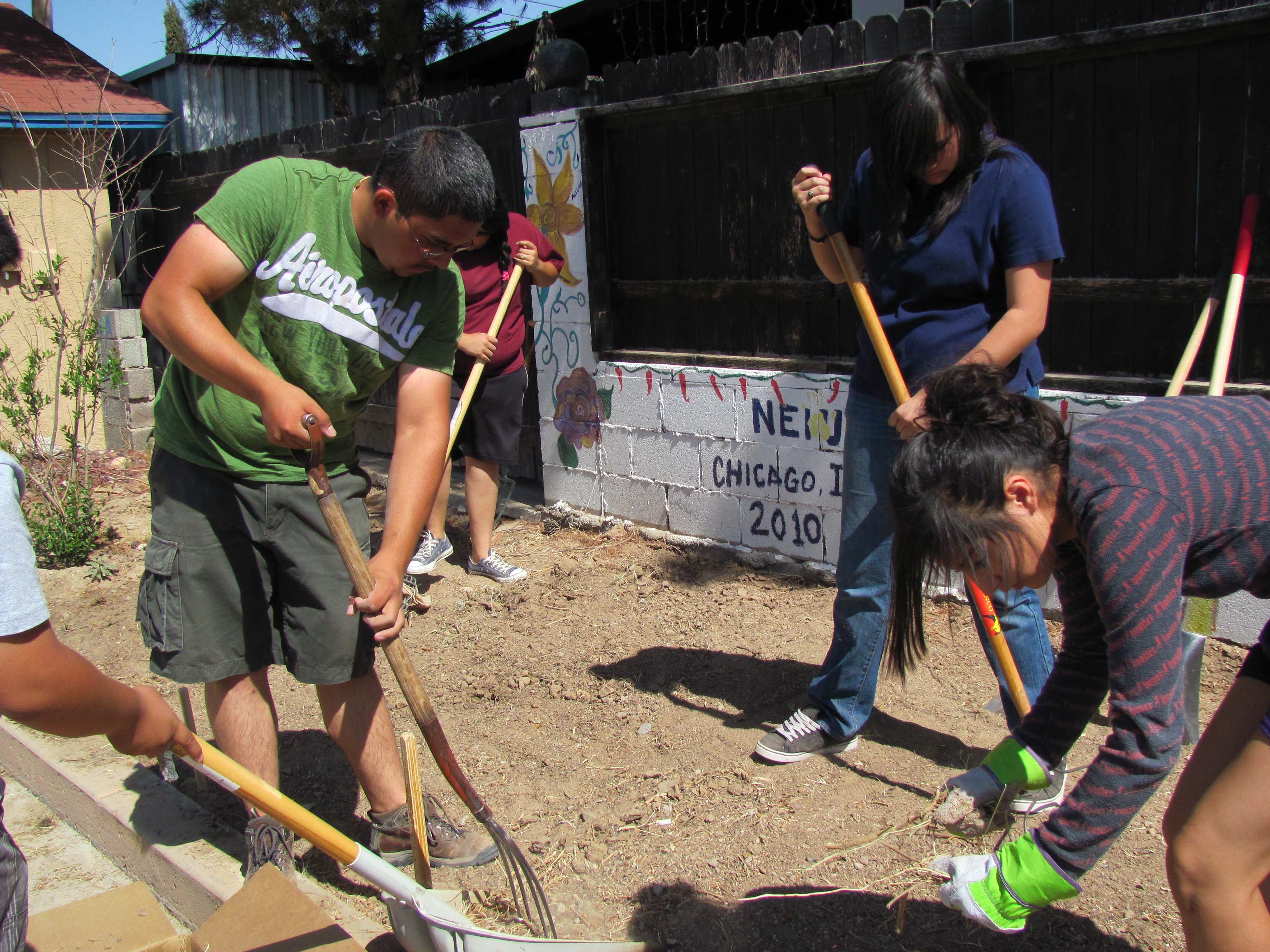 Valerie Hernandez and Jailin Escobedo kneel on the weedy ground, pulling up pesky plants so a clump of tomatoes will have breathing space. A light but steady rain falls on this parched land, seeming at last to herald the start of the summer monsoon season in the heat-soaked Paso del Norte region of the U.S-Mexico border. Their words conveying determination, the two young women say they like working at La Semilla Food Center’s 14-acre farm in the southern New Mexico community of Anthony.

“I’m happy here because I’m with the plants now,” declares Jailin, a 15-year-old who attends Santa Teresa High School. “Plants are something we can’t live without; the food- it’s something everybody needs.”

A graduate of Gadsden High School’s Class of 2014, Valerie plans on attending Dona Ana Community College to study radiology. But the 18-year-old also enjoys working the land. “I like being outdoors,” she says. “It’s fun to grow your own food.”

Bundled up to protect their bodies from mosquitoes and the elements, Valerie and Jailin have spent the summer as La Semilla apprentices. As such, the two Dona Ana County residents are part of a multi-faceted La Semilla project to involve youth in farming, food justice and healthy living.

Tracing its roots to the Las Cruces-based Colonias Development Council’s youth gardens project a few years back, the Anthony farm and youth projects have proven popular among the area’s young people, according to Cristina Dominguez Eshelman, La Semilla’s farm director and co-founder of the non-profit organization.

Last year’s kick-off program lasted 15 weeks, but was then modified into two shorter sessions for 2014, Dominguez Eshelman says. Raices program participants are exposed to a comprehensive look at food systems and how they are tied to questions of “equity,” she says.

In 2013, 50 applicants applied for 12 open slots. A year later, the number reached 45 applicants for the 7 slots available for Raices’ first session. Currently, La Semilla is taking applications through August 4 for the year’s second session. In return for their time, the selected applicants are paid a small stipend.

In an age when farming has been a graying profession, the surging interest in La Semilla’s programs is noteworthy. Dominguez Eshelman credits the…