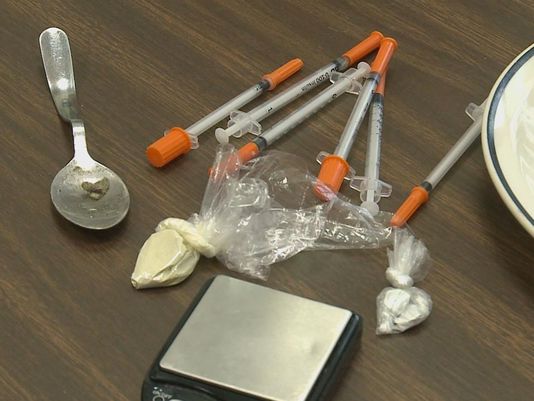 PHOENIX – It was an early Saturday morning three years ago when Gilbert resident Nick Packard got a call that changed his life.

“It was my brother. He was crying and asking for help. I told him I would call him right back,” Packard said.

Later that day, he said he found out that his 19-year-old brother, Brayden, had died of a heroin overdose.

Packard said the tragedy brought his family closer together and filled him with regret.

“Every day is a new day,” he said. “I move forward, but I think about it a lot and wonder what I could’ve done to help him,” he said.

According to a report released Wednesday by the Centers for Disease Control and Prevention, heroin-related deaths almost tripled nationally between 2010 and 2013.

The increase was seen in all regions of the nation, but most of the overdose deaths occurred in the Midwest and the Northeast, according to the report.

Arizona’s heroin-related deaths are following a similar trend, according to statistics collected by the Arizona Department of Health Services, rising to 2 deaths per 100,000 in 2013 from 1.4 the year before.

Matthew Keeler, an emergency room physician at Banner Thunderbird Medical Center in Glendale, said he sees a lot of heroin overdoses, about one person a week. He said the the potency of the drug may cause an increase in overdose deaths.

“Heroin is getting stronger, so that leads to more severe overdoses,” Keeler said.

He said the problem could be addressed with better outpatient treatment, which involves referring overdose patients to addiction recovery centers.

Haley Coles, one of the founders of the grass-roots overdose prevention group Sonoran Prevention Works, said though there are many organizations that focus on preventing drug use in the first place and many others aiming to rehabilitate drug abusers, not enough organizations target overdoses.

“There aren’t a lot of harm reduction organizations that accept people where they are and don’t stigmatize them and teach them to be safer,” she said.

Coles said there needs to be more education in order to bring the death rates down.

“Overdose doesn’t have to happen,” she said, “And it wouldn’t happen so often if people who use drugs are educated.”

EDITOR’S NOTE: Sources in the Public Insight Network informed the reporting in this story through a partnership with the Cronkite PIN Bureau. To learn more or share your story, click here.