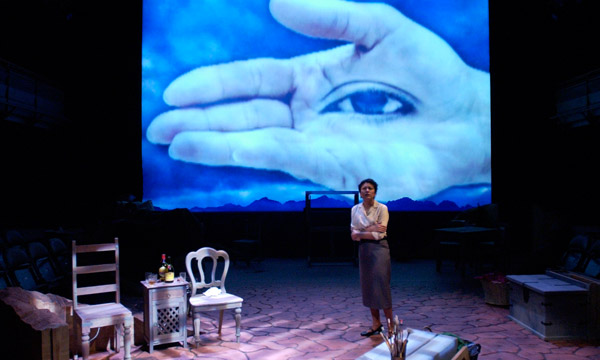 Chicago may not compete with the theater scene of Los Angeles or New York City, but the Latino theater scene is a different story. There are over 25 Latino theater companies of varying sizes in Chicago. Performance groups like Dominizuelan, Salsation, and MARIA as well as theater companies such as Teatro Luna, Aguijón Theater, and Teatro Vista continue to bring in a large audience.

Next week, Teatro Vista, in collaboration with Victory Gardens Theater, will put on “A View from the Bridge,” a traditional play written by American playwright Arthur Miller that will have an all Latino cast.

Teatro Vista has been around for 23 years and boasts 16 world premieres. Ricardo Gutierrez, artistic director of the Latino theater company Teatro Vista, says that for latino theater, Chicago is the place to be. He says that 10 years ago, probably 30 Latino actors would audition. For “A View From the Bridge” this year, over 120 professional Latino actors auditioned for parts.

“The numbers just keep growing. For this production, we are utilizing one, two, three, four Latinos who’ve been in Chicago less than half a year—pretty much just arrived. They’re all coming to Chicago. One of our actresses said her university in McAllen, Texas talked about Teatro Vista. And so she thought, ‘Well, I’m coming to Chicago.’ We get stories like that all the time,” said Gutierrez.