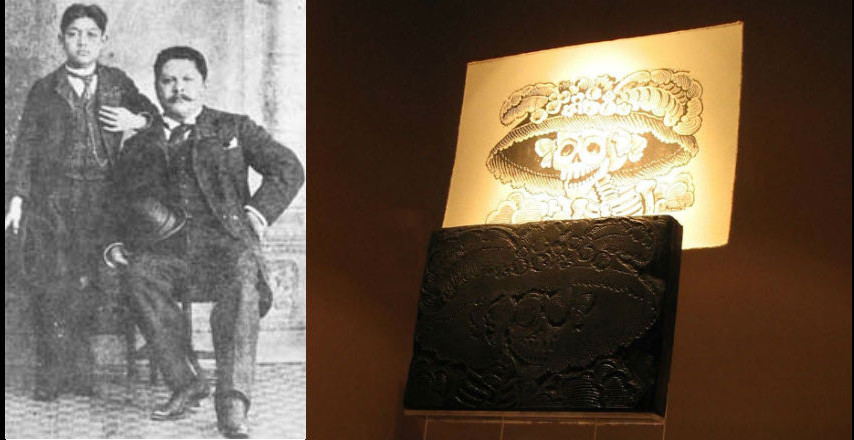 Folk art-loving families gathered together in Pilsen to honor the Day of the Dead’s most mysterious yet outspoken figures. On Friday, Sept. 13, The National Museum of Mexican Art (NMMA) hosted an opening reception for its annual Day of the Dead artist exhibit but this time with a historical twist.

“He is an artist without a doubt, but during his life he was more understood as a craftsperson,” said NMMA assistant curator Cesareo Moreno. “He takes these sorts of spiritual icons of humanity and infuses them with life and humor and pokes fun at ourselves and our society.”

Coming from a working class background, Posada’s silly drawings of dancing skulls were mass produced in newspapers and broadsides across Mexico and contributed to the popularity of the skull in modern Mexican folk art today.

The evening reception was attended by hundreds of residents from across Chicago. Some of the museum patrons were in full La Catrina costume, which included elaborate black lace dresses, elegant jewelry and skeletal face paint.

Posada’s influence was evident in…