Chicano Park muralist Victor Ochoa: “My love for education started in the barrios” 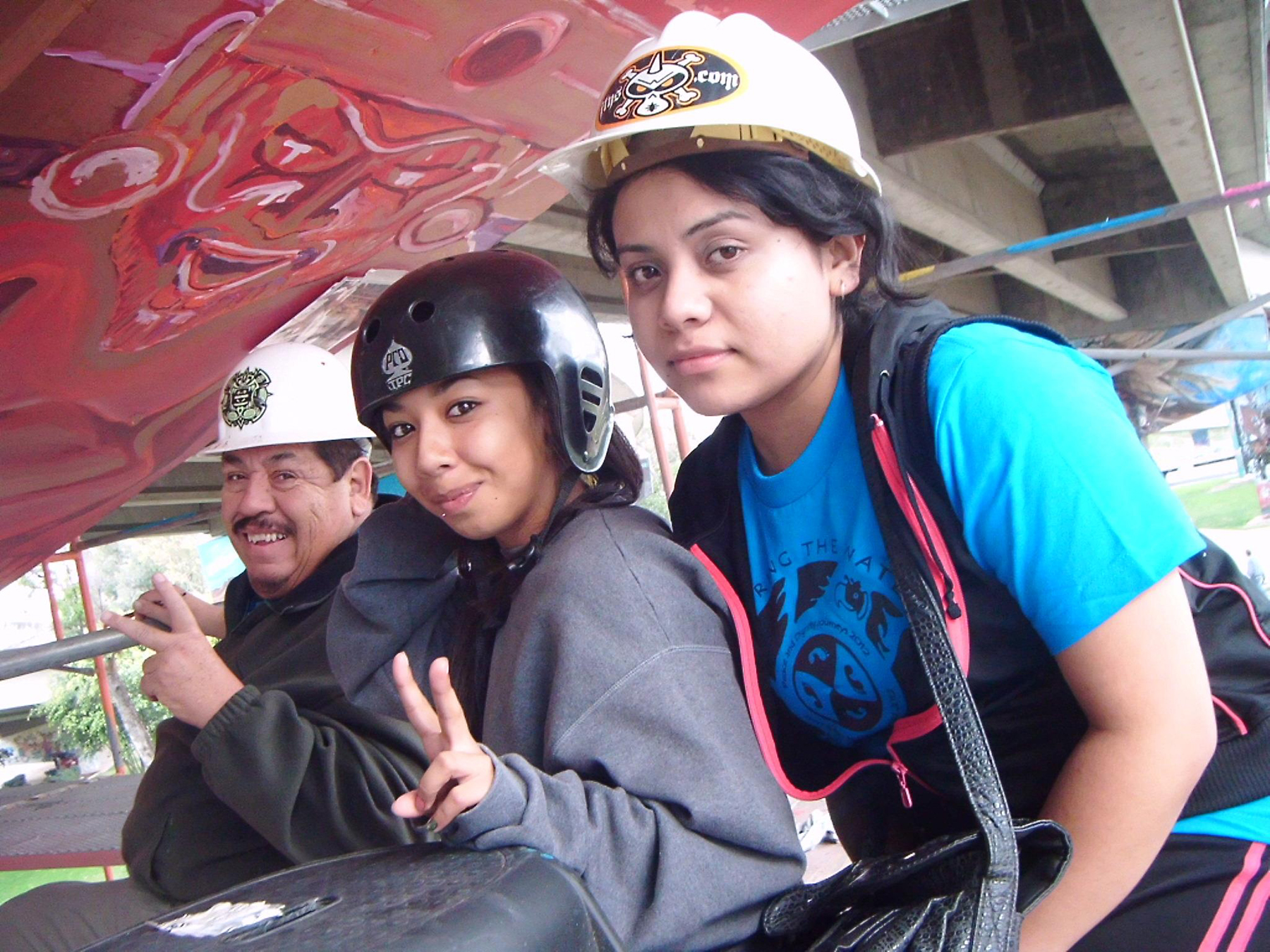 After almost a quarter of a century teaching art in formal educational institutions, Chicano Park muralist Victor Ochoa retired from traditional classrooms last week, when MAAC Community Charter School ended its school year.
Ochoa taught art at MAAC for 13 years, but before that he had taught at Grossmont College for almost 23 years, and several more years at UCSD and San Diego Mesa College.

“I never wanted to be a full-time teacher, as I saw this as a death blow of sorts to my art career and community activism,” said Ochoa, who was born in East Los Angeles in 1948. “But I think I got a reality check 24 years ago, when my son was born. I was nervous about getting a steadier job.”

But what he saw as a day-job to pay the bills soon became a passion for Ochoa, who added that even as an artist he sees his artistic work as a way to educate the public.

“I think teaching became an outgrowth of painting murals as a Chicano activist in many barrios,” he said.

During his 13 years at MAAC Community Charter School, a non-traditional high school for at-risk students in the Sweetwater Union High School District, Ochoa was able to create a culture-based curriculum that catered to the Latino students at the school. From silk-screening to airbrushing, and from lettering to graphic design, the courses he taught at MAAC always had a focus on promoting cultural and historical pride among his Mexican students.

“The best part of teaching at MAAC was being able to design a special curriculum for my gente that was entirely bilingual,” Ochoa said. “The students could relate to it and complied with state standards, never forgetting about the Chicano perspective of preparing the next generations of students to take on the situations.”

Ochoa came to San Diego as a teenager, and he was one of the original activists who…

Featured Photo: Victor Ochoa spent his career bringing the joy and understanding of art to the community.