The Connecticut Latino Behind The ‘Borinqueneers’ Bill 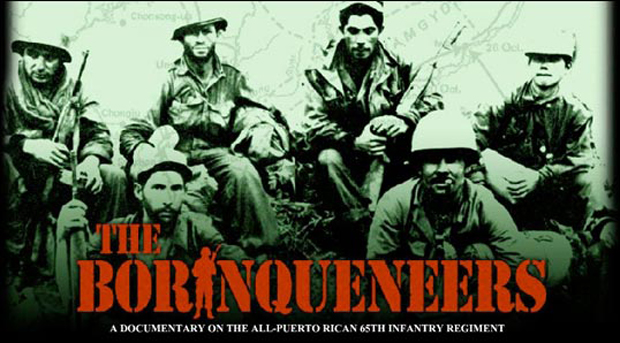 Frank Medina, grew up in Bridgeport, CT and still remembers when he first learned about the legendary ‘Borinqueneers.’ It was from his grandfather, who served in the 65th Infantry Regiment. Medina remembered the story of the valiant unit, which fought in some of the fiercest battles in WWI, II and the Korean War despite the discrimination they faced in the very military in which they served.

The young Medina, who now lives in Orlando, Florida, went on to graduate from the U.S. Military Academy at West Point in 2002, served in the Iraqi war,and years later, by chance, met another member of the 65th Infantry Regiment, Raul Reyes. It was then Medina decided it was time to take action.

The infantry regiment was disbanded in 1959, but their service and sacrifice was never properly acknowledged, Medina said. He was especially struck by the tremendous pride his grandfather, Reyes and other members of the 65th regiment felt in serving in the military despite the challenges they faced.

During their service, they faced discrimination and setbacks, language barriers between the soldiers and their commanding officers were problematic and at times the unit lacked the proper equipment during the cold Korean winter, and other necessities like ammunition.

Inspired by the story of this determined regiment, which was the largest, longest-standing, and only active-duty segregated Latino military unit in U.S. history, began contacting veteran’s service agencies across the country to try to identify and locate living members of the Borinqueneers. He found, there is an estimated 300 members still living throughout both the continental United States and in Puerto Rico. Many of the living members of the 65th Infantry Regiment are in their late 80s and early 90s.

With other veterans, Puerto Ricans, other Latinos and non-Latinos, they formed the Congressional Gold Medal Alliance, the logo non-profit, non-partisan and all volunteer group whose only ‘mission,’ as they called it, was to gain support in congress so the soldiers, who until recent years had almost been forgotten, would be duly noted in this country’s history by being awarded the Congressional Gold Medal, which had already been awarded to the the Tuskegee airmen and the Navajoe Code Talkers.

The effort encouraged individuals and organizations to reach out to members of Congress, especially Senators, to request their co-sponsorship of the bills and votes to pass the legislation. The alliance was determined, one volunteer said, to, “NOT allow the legendary Borinqueneers to become a fading footnote in American history and in the history of Latino-Americans and Puerto Ricans in the U.S.

Finally, after a long journey with countless hours of calls, meetings, and events, the national grassroots effort to get this award for the Borinqueneers had come to an end. The bill…

Finish reading The Connecticut Latino Behind The ‘Borinqueneers’ Bill