Latina Lista: News from the Latinx perspective > Local News > Southwest > AZ bill would make it easier for felons to get back right to vote 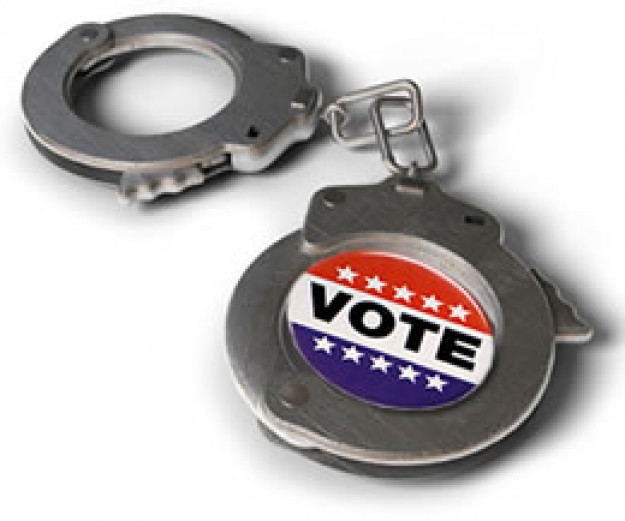 PHOENIX – Saying that voting can help former felons reintegrate into everyday life, a state lawmaker wants to make it easier for them to get back that right.

“I think that people that have served their time and paid their debt to society that it’s important for them to get their most fundamental right – constitutional right – the right to vote, to get it back,” said Rep. Martín J. Quezada, D-Phoenix.

He authored HB 2132, which would restore the right to vote to a person who has been convicted of two or more felonies after completing probation or receiving an absolute discharge from the Arizona Department of Corrections. The latter requires completing a prison term and parole and paying restitution in full.

At present, members of that group must apply to vote again, a process that varies by county.

“The right to vote being so fundamental … it seems automatic restoration of that right in particular is critical to making us a better-functioning society,” Quezada said.

“A lot of time, the payment of fines is also prohibitive, especially with people who are of limited resources, which they’re going to be after being released from prison,” Quezada said.

“I can’t think of a better way for people to learn how to appropriately change the world and change what you don’t like than to vote and to know that your vote counts,” she said.

Hamm said she understands that voting may not be the top priority for a newly released prisoner.

“Still, being allowed to register to vote and to participate in democracy is a way of demonstrating to an inmate that you have paid your debt and we accept you back into the process,” she said.

Her husband, James J. Hamm, who served time in Arizona for a drug-related homicide, received his absolute discharge in 2001. He registered to vote the same day.

“For me, personally, participation is significant,” he said. “It just keeps putting little pillars in that bridge between the past and the future.”

But Roger Clegg, president and general counsel of the Falls Church, Va.-based Center for Equal Opportunity, a right-leaning think tank, said voting restrictions are put in place for a reason.

“We have a minimum objective standard of responsibility, trustworthiness and commitment to our laws before we trust people with a role in self-governance,” he said.

Clegg said any kind of voting restoration should be on a case-by-case basis that involves a formal and “more meaningful” process similar to naturalization.

“I think the way you welcome people back into society is not giving them their right vote automatically. It’s something earned,” he said.

“We need to change the law so (voting restoration) can be automatic so once people complete their probation, once they’re no longer in the custody of the Department of Corrections, their voting rights should be automatically restored,” she said.

Soler said voting restoration shouldn’t be contingent on the complete payment of fines and restitution.

“We’re not saying people shouldn’t pay their obligations. All we’re saying is it shouldn’t be tied to the restoration of their voting rights,” she said. “I think it’s important once people served their time it should be automatic.”

HB 2132 was assigned to the House Judiciary Committee but had yet to receive a hearing.

Quezada sponsored a similar bill last year. He noted that it doesn’t tackle the restoration of any other rights, such as owning firearms.

“I’ve moved forward with this bill and other bills dealing with past felons because I believe it’s important for us as a society that these people become successful in their lives post their criminal sentences,” he said. “After they are released back into society, we need to do whatever we can to help them be successful.”