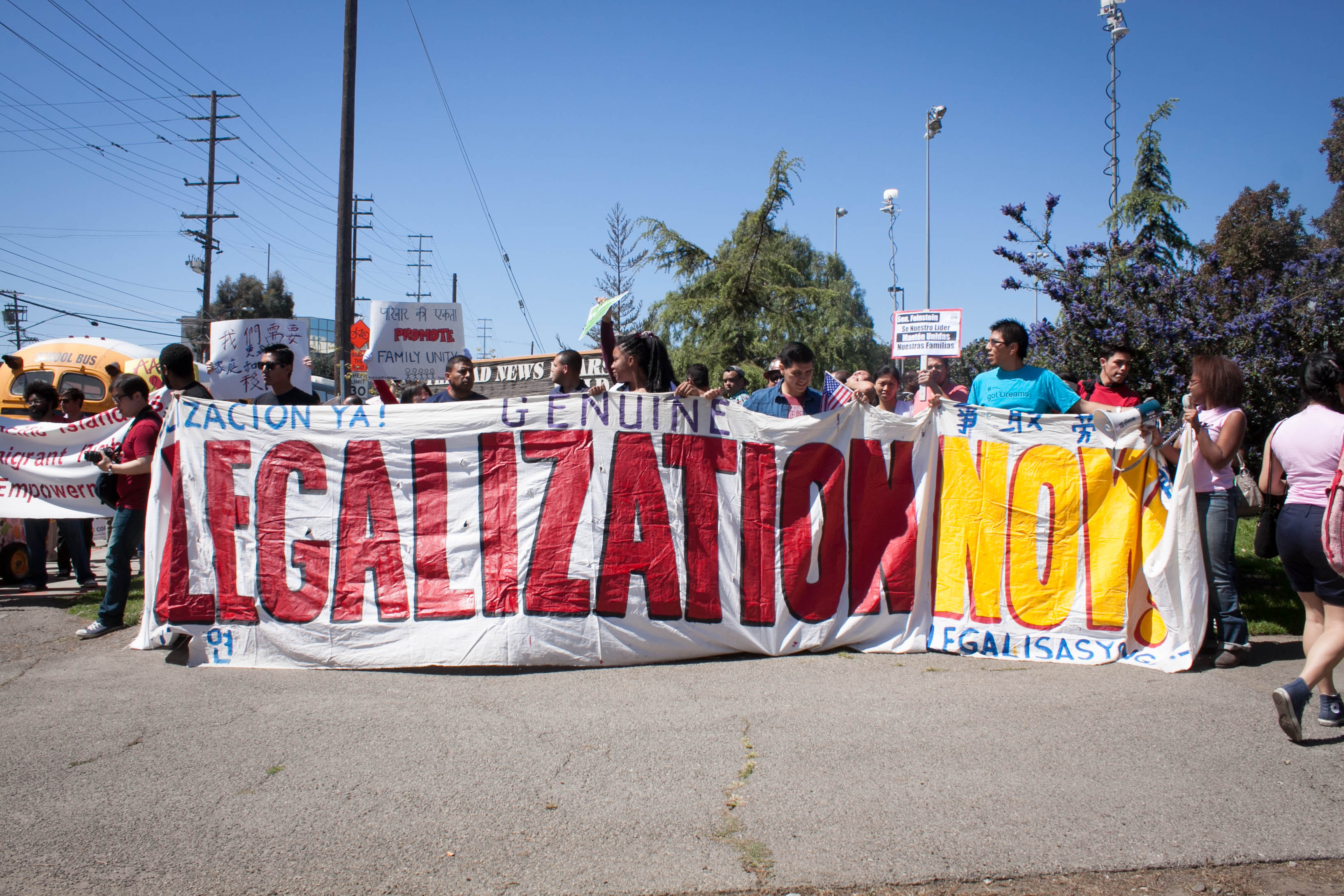 MISSION, TEXAS – Some Congressional Democrats are contemplating a compromise on immigration reform that would put undocumented immigrants on a path to legalization but not, directly, citizenship.

Under the plan, the 11 or 12 million undocumented immigrants in the U.S. could come out of the shadows and become legal residents, allowing them to work legally and travel freely. They would not be able to apply for citizenship. To become a citizen, they would have to wait and go through the normal process that legal residents have to follow.

One of the Democrats looking at the “compromise,” is U.S. Rep. Henry Cuellar, D-Laredo. At a recent news conference held jointly with U.S. Sen. John Cornyn in Mission, Cuellar said he has set up a meeting with U.S. Rep. Robert Goodlatte, chairman of the House Judiciary Committee, to discuss the residency/citizenship issue.

Goodlatte has said his committee will take a piecemeal approach to immigration reform, working on a series of small bills, rather than create a comprehensive bill like the U.S. Senate did.

“I support a comprehensive bill, but if we do it piecemeal and do not call it pathway but call it taking them (undocumented immigrants) out of the shadows and giving them legalization, I can support that. I have got to be flexible,” Cuellar said.

Cuellar said he does not support amnesty for undocumented immigrants. “What I do support is taking these people out of the shadows. I want to know who those people are,” he said.

Asked if there would be anyway for undocumented immigrants that become legal to apply for citizenship in the future, Cuellar answered…